The legacy of Martin Luther King 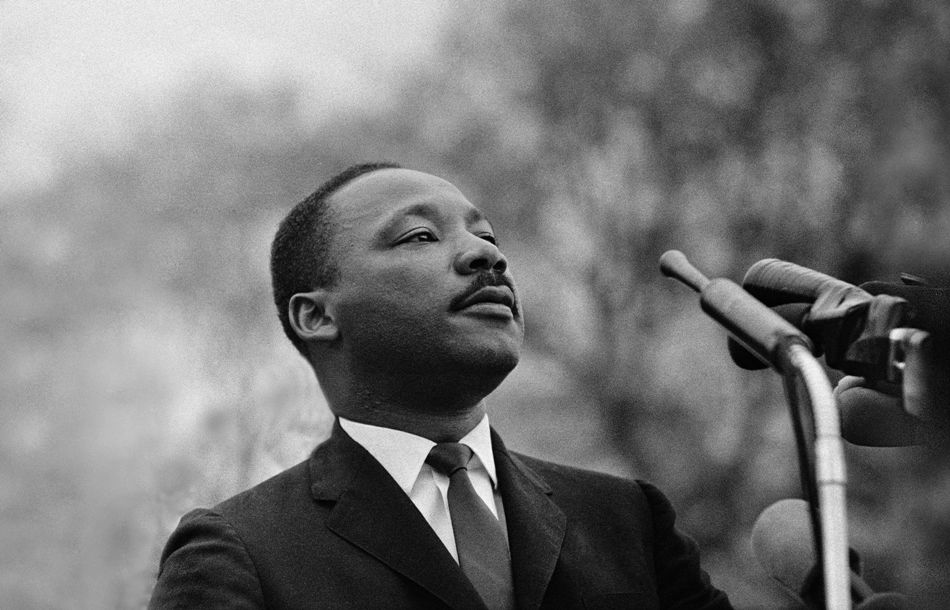 Martin Luther King’s struggle for a better and fairer America should also resonate in Nepal.

Dr Martin Luther King, once scorned by vast majority of white America as a national danger to the republic but admired and loved by many others, is now unequivocally venerated all over the world as a champion of civil rights, a global icon who sacrificed his life to uphold the rights of minority groups.

His call for equity and equality, for ending discrimination and for giving dignity to those who have been deprived of it, should be seen as a rallying crying for all those aspiring to achieve a better world. His words, his rallies, so much rooted in America where racial segregation in its South was law, still echo in this contemporary world, including places like Nepal.

When we talk about fights against poverty and caste based discrimination, we are talking about social justice, sufferance and deprivation.  This is Dr King’s language and his legacy is being carried on.

For those like me who have been active in the development sector, it is a reminder on our responsibilities and our duties to advocate for but also work with those who have no real voice nor power.  On many ways ours is a life of privilege, we are good at talking the talk but I am wondering how effective we are in walking the talk.

How do we manage the pressure and responsibilities to advocate for constituencies that are systematically discriminated? Do we feel the pressure? Would we be able to survive a month living the same conditions endured by many disenfranchised citizens of this country?

Developing a country like Nepal can mean different things to different persons. If you are in an NGO, you are supposed to work hard for your beneficiaries, helping them to “uplift” themselves rather than becoming more dependent on you. If you work in the tourism sector, you want better infrastructures. If you work in the banking sector, you want less state’s regulation and restriction. If you are a good and honest politician, developing your country would mean putting the others’ interest before yours.

Developing the country for a person with disabilities or for someone living with stigmas dictated by an old patriarchal society that pre-judges you and excludes you based on a social construct called caste rather than looking at you for who you really are and for your willingness to learn and develop your own abilities, is an entirely other thing.

For those who are poor and marginalized it’s all about surviving, making the ends meet, finding a landlord willing to rent you a room and dealing with discrimination at work place.

January 18 was the anniversary of Dr Martin Luther King’s birth and it was a national holiday in the US. It is traditionally celebrated as a day of service, a day dedicated to volunteer, helping those in need. Celebrations are about social justice.

We are right now in the middle of a political storm in Nepal with thousands of people protesting against what it is a considered an illegal move by Prime Minster Oli to dissolve the parliament.

You can see the passion of these citizens demanding that the principles of the constitution they have been fighting for so long are respected. People are outraged.  Change can happen only when people decide to rise to the challenge, putting themselves on the front. There are many ways to bring change: you can volunteer, you can promote equity within the organization you work for, you can organize strike for climate change, you can become the best possible teacher or you can also join politics.

In Promised Land former president Barack Obama wonders what would have happened if he had decided to remain a community organizer instead of joining politics.

“I told myself —and like to tell myself still—that I left organizing because I saw the work I was doing as too slow, too limited, not able to match the needs of the people I hoped to serve,” he writes.

He continues: “on every issue, it seemed, we kept bumping up against somebody—a politician, a bureaucrat, some distant CEO—who had the power to make things better but didn’t. And when we did get concessions from them, it was most often too little, too late.” I believe that more civic engagement is the need of the day in Nepal and elsewhere.

There is nothing better than to help heal the country and we know how many economic and social ills are still plaguing Nepal. Volunteering can be a great start. Equally important are attitudes and daily behaviors. Small gestures can often make the difference at home and in the work place as well. All together, these can contribute to “common good”.

Robert Reich, an author and former cabinet member under President Clinton, shares, in The Common Good that “the common good consists of our shared values about what we owe one another as citizens who are bound together in the same society—the norms we voluntarily abide by, and the ideals we seek to achieve”.

The goal, he writes, “is not that we all agree on the common good. It is that we get into the habit and practice of thinking and talking about it, and hearing one another’s views about it. This alone would be an advance”.

I believe that a country like Nepal needs also to have a national conversation about what its common good is and how those now at the bottom of the society can also rise up and be part of the equation, and build their agency and have an equal share in the process of building this nation.

This is a call for common understanding on the different meanings of national development and how making Nepal stronger implies a quest for social justice to be braced by not a few but by many.

Dr King passionately called for the white American citizens to join hands for a better and more prosperous America.

In an era of polarization, we need to be able to pause and listen. We need to spend more time understanding what we do not know about others. This is what happened in the US after the death of George Floyd.

I am not sure if in Nepal there has been a moment of such awakening. Perhaps the outrage against the death of Nirmala Panta was very close to it. The death of Nawaraj Bishwakarama and his friends should have been another one.

The dissolution of the parliament by Prime Minister Oli has stirred so many passions but why can’t we also focus on other sacrileges being made, day in and day out, to the constitution of the country?  This should not be a crusade but a true peaceful movement of people coming together to imagine a better and more just Nepal.

Obama is right. Politics and power are central. Perhaps the politics in the near future will be different. A new generation of politicians might take over. It’s, therefore, the youths of the oppressed and marginalized groups should stand up, be bolder and join politics by embracing inclusive coalitions. It is essential that they are not left alone. Otherwise we are at risk of further atomization of the society, with some fighting for change and others resisting it.

In a famous letter from a Birmingham Jail written on April, 16, 1963, Dr King said “injustice anywhere is a threat to justice everywhere. We are caught in an inescapable network of mutuality, tied in a single garment of destiny. Whatever affects one directly affects all indirectly”.

These words resonate everywhere, from the most developed countries now in crisis to emerging nations like Nepal. It is time to think, reflect, re-group and mobilize for change.