All four rhinos to be gifted to China held 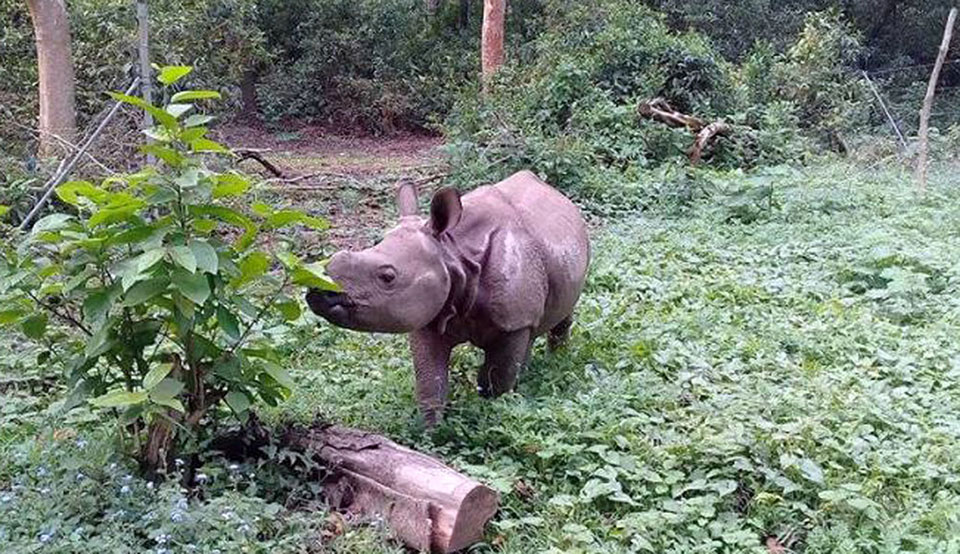 CHITWAN, May 3: The task of capturing one-horned rhinos to be gifted to China has been completed on Thursday. The last one out of four rhinos was darted and captured from Sukhibhar today.

Prior to this two one-horned rhinos has already been captured while one of the rhinos to be sent had been rescued from last year's monsoon food.

On May 1, a female rhino of around 2 years was taken under control from Sukhibhar of Chitwan National Park (CNP) and was brought to Sauraha on the same day. Similarly, a male rhino was captured from CNP few days back.

A total of four one-horned rhinos - two males and two females – of around 1 to 2-years old will be sent to China.

Before sending the rhinos to China, they will be kept at an enclosure in Sauraha for at least three months under close observation.

Upon request of the Chinese government, the government had decided to present two couples of rhinos to China two years ago.

Park officials were supported by ten tamed elephants, a dozer, a tractor and a jeep to captivate an endangered species of one honed rhinoceros.

The CNP trained staffers took a week to capture endangered species which began on April 27 and ended on May 3.

Warning on the wall: Rising protests in favor of monarchy
18 hours ago

Why nations fail: Lessons for Nepal
21 hours ago

There is no border dispute between Nepal and China: Foreign Minister Gyawali
10 hours ago

Bangladesh moves ahead with Rohingya refugee relocation
15 hours ago