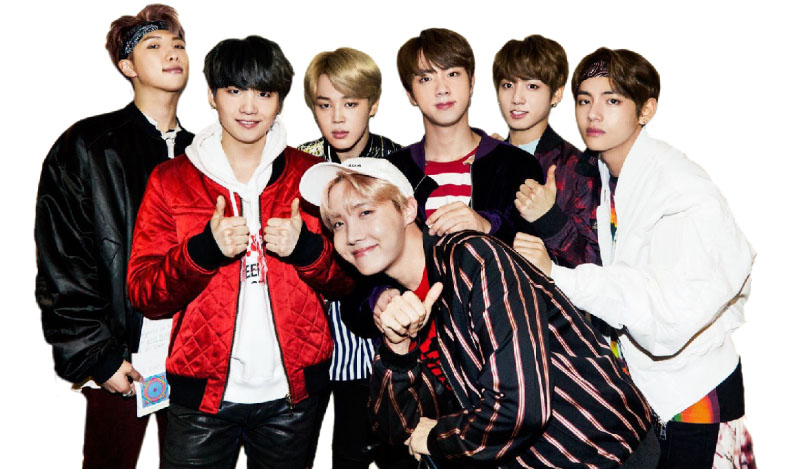 What started with a few television series and movies quickly became a sensation. Many youngsters these days can understand at least a few words and phrases of Korean, know what Korean food tastes like, and style themselves after Korean stars. K-pop, a music genre originating in South Korea characterized by a wide variety of audiovisual elements, has today become a subculture among teenagers and young adults. The Week’s Ashma Chhetri talked to some K-pop enthusiasts to find out what it is about the Korean culture that fascinates them so much.
• • •
Initially, I didn’t know anything about the Korean culture and was really not interested in it. But when my sister introduced me to K-pop, I couldn’t get enough of it. My journey into this world of Korean began with dramas and songs. Today, I love almost everything including the storylines of the movies, the actors, the music videos etc. I cannot describe the emotional involvement I have with Korean dramas or how I feel when there is comeback of idols or groups. For those who are new to K-pop, I recommend Ji Chang Wook’s movies and the boy band, BTS. This craze has also prompted me to try Korean food as well. It’s like getting to sample a little bit of that culture through your taste buds.

Sumi Lamichhane
It’s been four years that I’ve been hooked on K-pop and I don’t think I will ever get tired of it. It all started when a cousin introduced me to Korean dramas. Then gradually, I fell in love with everything Korean – their culture, language, music, lifestyle and, most importantly, the celebrities. The way they speak is really enthralling and I want to learn to speak Korean and be able to watch dramas without the subtitles. Among the many Korean artists, I love GOT7, Blackpink, SISTAR, Bigbang, VIXX, BTS, Super Junior, Lee Jong Suk and the list goes on. K-pop has led me to be interested in Korean lifestyle and food as well. I think I’m addicted to Korean cuisine and, what’s more, I even selected a Korean Samsung phone over other popular brands available in the market.

Laxmi Gurung
I have been working at Ximiso, a privately owned store that only sells Korean products, for two months now. Many people come to the store every single day for cosmetics, bags, and shoes among other various knick-knacks. These customers vary from teenagers to adults. It’s quite apparent that there’s a craze for Korean products. This could be because of the fact that it’s good quality products at cheaper prices and also because the items are similar to what they see on TV or movies.

Punam Tamang
I’m not very interested in K-pop and dramas but I’m really intrigued by their language, lifestyle, and food. I also really like their way of greeting people. I prefer Korean brands like Innisfree and Misumi to other popular brands and I’m fond of Korean food too. Kimchi, Gimbap and Ramen are my favorites. What I don’t like about this K-pop trend is how people are blindly copying and imitating certain fashion trends or hairstyles. Just because these Korean stars look good that way, doesn’t mean you will. Our face structure is completely different from theirs. While it’s nice being exposed to Korean culture, I don’t think we should try everything without figuring out what works for us.

Rishikesh Upadhyay
A friend recommended a drama to me, and that took me into the world of Korean culture. The best thing about the drama was the background song they played. I searched for the song on YouTube and came across even more amazing Korean songs. Not long after this, I started listening to K-pop bands. One thing led to another and I also became interested in Korean fashion. I really like the Korean traditional dress, Hanbok. Modern Korean fashion is as unique as the traditional one. I haven’t had the opportunity to sample Korean food or be directly involved in Korean cultural programs so I’m quite excited to do both.

Jeevan Niraula
I have been a fan of the Korean culture for eight years now. Everything about that culture fascinates me, from their food and lifestyle to their language and entertainment. I am addicted to ramen because it tastes much better than other noodles available here in the market today. I love actor Lee Min Ho because his dramas are really good and the boy group SS501 because they are very lively. All these things have made me put Korea on top of my travel bucket list.

Lee Su Jin, a female dentist from South Korea, is a very strong contender for the title of world’s youngest-looking... Read More...