The key to the productivity puzzle 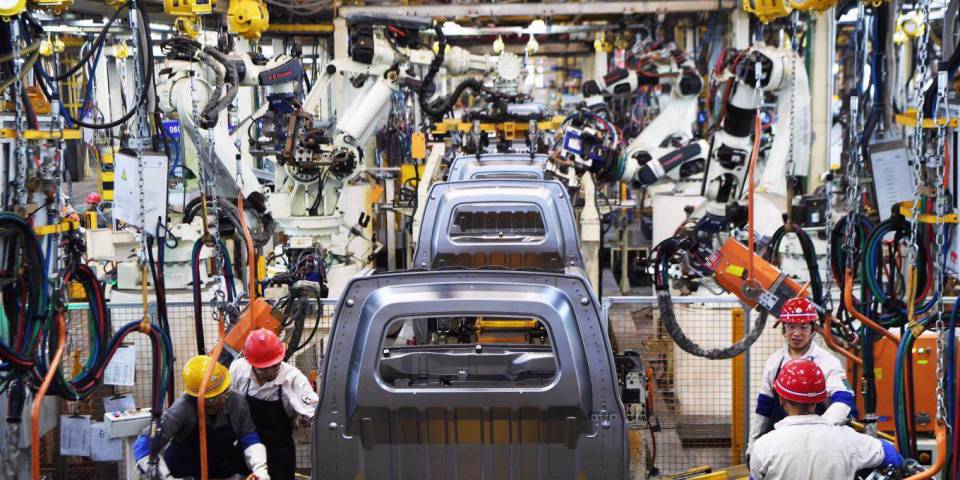 The challenge for researchers and policymakers is to understand exactly what coordination is needed to increase productivity, and what actions can achieve this.

CAMBRIDGE – In a 1996 lecture entitled “Big Bills Left on the Sidewalk,” the late Mancur Olson made a powerful observation: an individual from a poor country—say, Haiti—who migrates to a richer country like the United States immediately becomes vastly more productive and earns a far higher wage than before. The individual has not changed overnight, so their skills or cultural attitudes cannot explain their improved situation. The answer must instead lie in their new country’s environment.

Olson therefore concluded that many (or most) economies are not socially efficient. A better institutional and social context, and higher stocks of assets from past investments, can make an enormous difference to individuals’ productivity, and hence to their living standards.

The challenge, as Olson pointed out, is that individuals cannot change the overall context in which they live and work, except by moving elsewhere. The improvements needed to raise an entire economy’s productivity require coordinated, collective action. Olson’s own well-known research on the logic of collective action explored why this is so difficult to achieve.

Unfortunately, Olson’s “big bills” insight about the need for coordination rarely features in the current productivity debate. Instead, the discussion—whether of why output per worker hour has been virtually flatlining in many OECD countries since the mid-2000s, or of which targeted policies might help to revitalize left-behind towns or regions—has focused on numerous potential contributory factors, rather than the need for coordinated action.

For example, policymakers typically undertake cost-benefit appraisals of potential infrastructure investments on a project-by-project basis. But the returns to any project will be affected by other decisions, both private and public. If a new railway line opens, will local bus timetables change to coordinate people’s journeys? Will developers build houses nearby, and will other government agencies open schools in the area? Absent coordinated decision-making, investing in new projects where more of the other pieces are already in place will generally look like the better value-for-money option. Unfortunately, government agencies appraising projects are rarely tasked with conducting a holistic survey the policy landscape.

Regional or local low-skills traps present a similar problem. If there are no high-paying jobs in a particular area, then individuals have no incentive to invest in their own education. And if the local pool of available skilled labor is small, employers have no incentive to open offices or factories there. The only option for people who want to move up is to move out.

Such examples have now attained almost motherhood-and-apple-pie status among economic researchers, given the widespread acceptance that “institutions” are important for growth and development. But economists need to connect their analysis with an understanding of the political potential for change, the sociology of organizations, and the psychology of decision-making. Simply urging regions to “be more like Silicon Valley” is useless. The challenge for researchers and policymakers is to understand—in each specific context—exactly what coordination is needed to increase productivity, and what actions (and by whom) can achieve this.

Vast inequalities between places, and therefore in people’s life chances, are a critical political issue almost everywhere, as election upsets and increasing polarization in recent years clearly indicate. Moreover, the COVID-19 pandemic, the likelihood of economic turmoil owing to extreme weather or civil conflict, the existential requirement of shifting to a zero-carbon economy, and widespread digital disruption will make delivering broad-based prosperity an even more pressing imperative.

Although the obstacles to increased productivity are nearly universal, the solutions will be specific to each place and reflect its asset legacy, industrial history, location, and local politics. There is no science—yet—regarding what kinds of decisions need to be taken at different levels of government, or how to coordinate choices across departmental silos and budgets. (That is why these issues are central to the agenda of the United Kingdom’s recently established Productivity Institute.)

Nobody would be surprised that the factors contributing to low or stagnant productivity include lack of investment in physical and intangible assets, skills shortages, inadequate infrastructure, poor management, and a weak macroeconomic environment. More surprising is the lack of attention paid so far to finding a recipe that addresses these problems in tandem. Economists and policymakers must begin to rectify this without delay.

Diane Coyle, Professor of Public Policy at the University of Cambridge, is the author, most recently, of Markets, State, and People: Economics for Public Policy (Princeton University Press, 2020).

What you need to know about the coronavirus right now

LONDON, July 7 : Here's what you need to know about the coronavirus right now: ... Read More...

Bishwa Prakash's question to Oli: When will you get rid of 'Congress phobia'?
24 minutes ago