The joy in Creating 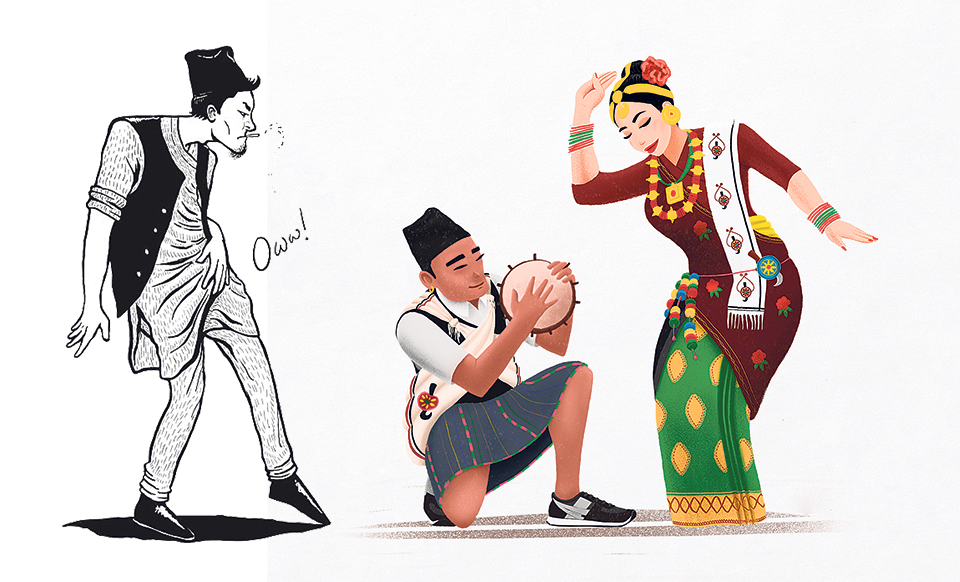 Today art is no longer limited to just paintbrushes and canvases. It has taken a more contemporary form with illustrations. Thanks to computers, the internet, and advancements in software engineering, an artist is no longer limited due to the logistics of colors and space – they can mix up and choose among thousands of methods to bring their ideas to life. 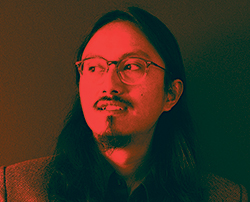 Like many other illustrators, Garbuja got into drawing at a young age. “I believe I was in grade four or five when I started to dabble in it. I would mainly draw my favorite cartoon characters and wrestlers. I focused on a cartoon series called Swat Kats,” he says. This love for drawing stayed with him throughout his childhood and teenage and was further fueled when he got a new computer which was when and how he started experimenting with Adobe photoshop.

Moreover, during his college years, he took some traditional still-life drawing, watercolor and oil painting classes after school. He says he did develop some invaluable skills there, but the classes were short-lived as his passion was in working on a computer and scribbling away on photoshop. “Traditional painting requires space, tools, and money. But digital painting is so much more compact, streamlined and efficient,” he says.

Garbuja then enrolled in a graphic design course at Pentasoft where he got his diploma in multimedia. “After that was done, in 2008, I went to Melbourne for advanced diploma in multimedia,” he reveals adding that it was after he purchased a Wacom drawing tablet that he got really into digital painting and illustration. Later, in 2012, Garbuja graduated with a bachelor’s degree in multimedia from Swinburne University.

While working as a graphic designer and illustrator, Garbuja saw a huge opportunity in the graphic designing field in Nepal. “Most Nepali folks and businesses aren’t aware of the benefits good graphic design can have on their business. And I wanted to do something about this,” he says.

And so Kreative Kira was born. Garbuja reveals that Kreative Kira is a play (that too Nepali oriented) on the phrase “I’ve caught a creative bug” which he found to be catchy and unique. One can actually collaborate with him or just simply look at his works on Instagram, Facebook or his website under the domain ‘Kreative Kira’.

Garbuja has always wanted Kreative Kira to be a place where he puts focus on illustrating things and ideas that represent Nepal and its people. For example, one of the illustrations aptly titled ‘Nepali Rosie’ shows a Nepali woman clad in traditional wear with her fist high up in the air (inspired by the famous Rosie the Riveter image). “I want to capture feelings and ideas that are universal but add a Nepali dimension to it,” he explains.

One of his main objectives under Kreative Kira is to represent Nepal and its infinitely beautiful people and culture. “There is so much inspiration here that I really need not look any further,” he says adding that taking this path has brought focus and discipline to his often wandering, erratic mind.

As of now, Garjuba works as a freelancer and has even sold some of his works under Kreative Kira as merchandise as well as limited art prints. He does not have a retail outlet at the moment but he is quite excited to get it up and running soon. Also, ever since he has been trying to run Kreative Kira as a business, the struggles that come with a budding business haven’t left him either. “It takes effort to create a process, have a system, find clients and stay disciplined throughout it all,” he explains. He confesses he is new to this world and thus invests a lot of time reading books and listening to podcasts on how to run a business.

However, all this extra labor seems irrelevant whenever he is creating and working on a project. “Whenever I’m in a creating space, I’ve very much invested in it and I get immense pleasure from it,” he says. Even though he is satisfied with his work he makes it a point to look at his work objectively and critique himself so that he can be more receptive to criticism and learn from his mistakes.

According to Garbuja, creativity is a long and lengthy process and is hard work, and assuming that a person is innately creative and doesn’t work as hard as others is actually quite disrespectful. “Contrary to popular belief, creativity doesn’t just happen. People tend to think that good ideas just magically appear. But a lot of thought and work go behind coming up with that one good idea,” he concludes.

Relationship is like a house. When a light bulb burns out, ... Read More...

A dozen artists from Jhapa gathered with their painting kits this Friday at Panbari, Dharan to attend the fourth annual... Read More...

KATHMANDU, Feb 14: Micromax has unveiled Canvas ULTRA M1 in the Nepali market. “Billed as one of the finest premium... Read More...