The journey of self-discovery

Menuka Gurung, after completing her Bachelor’s course, found herself stuck in the vicious cycle of corporate jobs. This, she realized, wasn’t all that she wanted in life. She wanted to do something out of her comfort zone, something that would help get rid of all the stress that she had bottled up inside her. And so, she submitted an application for Nepali Travelers’ ‘Solo Woman Travel Challenge’. It didn’t feel right but it was what she wanted.

“I didn’t want fear to stop me from challenging and improving myself,” she says. And, after a long process of selection and elimination, Gurung became one of the finalists for the ‘Solo Woman Travel Challenge’. Gurung chose Kanchenjunga Base Camp-Illam-Dharan, the east of Nepal, for her solo trip and left for the journey around mid-November 2018.

According to Gurung, the 25 days of her journey was arduous and a little scary at times but the trip taught her things she wouldn’t have otherwise learnt had she not been traveling alone. “Walking for about five hours at a stretch was difficult for me as I wasn’t much of a trekker before the challenge,” she says adding that she chooses to focus on the brighter side of her trip rather than complain about the pain or struggles because there are many things she fondly recalls today.

One such instance includes a conversation with two Nepali men in Illam. These men, who had let her stay at their home for a night, couldn’t believe the fact that Gurung was traveling there, that too alone, and that she wasn’t there for some research or teaching purpose. “They said that only foreigners traveled for pleasure and they couldn’t wrap their heads around the fact that Nepali women too have the freedom to explore their country and have enough courage to do it alone,” she says. No matter how hard she tried to convince them of her motives and beliefs, they couldn’t believe that women in Nepal too had become independent and bold enough to venture out alone.
“These stereotypical beliefs about women being weak or not independent enough are still prevalent in the minds of most Nepalis,” she says adding that challenges like these can help change that perspective, even though it might take some time. She adds that she will do her bit to try and change that mindset one person at a time wherever she goes.

Born and raised in Kathmandu, Gurung was an outspoken and active student at school. It came as no surprise when she joined Woman Lead as a high school student considering how she always wanted to be vocal about women empowerment. All of this, however, took a backseat when she went to Thailand for her undergraduate studies and, as a scholarship student, didn’t have the financial freedom needed for long distance travels.

“So I told myself that I would travel when I got back to Nepal. After all, it’s always best to start from your own country,” she says. But when she first proposed the idea of traveling solo to her parents, they were hesitant to let her go. They were worried about her safety, especially because at that time news like the Nirmala Panta rape case and other similar horrendous crimes had gripped the entire nation.

Gurung says that it’s not just the thrill of traveling that appeals to her. “If I asked five people what gives them the most joy, around three will say getting closer to nature,” she says adding that, at first, this may seem like a generic and lame answer but it makes complete sense once you travel among the wilderness and explore the nooks and crannies of Nepal. “Being amidst nature gives you a spiritual and blissful feeling. It’s something that you will ultimately crave for,” she says.

Gurung also recently participated in the ‘Himalayan Outdoor Festival’ organized at Hattiban Resort that celebrated the participants of the ‘Solo Women Travel Challenge’ and they are in the process of organizing something big and empowering for the upcoming Nepali New Year. Personally, she wants to travel to the Tarai region of Nepal as she feels the Tarai region is a slightly overlooked but equally beautiful place – perfect for a solo adventure. “My hometown is Bandipur and I grew up around mountains and hills, so now I want to go to a place that isn’t a familiar landscape for me,” she says.

But she also doesn’t think one has to get lost in the wilderness for weeks to discover the power of traveling alone. “It’s about being brave in the smaller things,” she says. Gurung says that she understands why some parents are skeptical to let their daughter travel for a long time considering how they haven’t been away from home for a one-day trek or for a weekend away at Pokhara. “For anyone wanting to travel solo, they should start by going to the nearby places all by themselves or by eating alone at a restaurant. These might seem like small things but it will prepare you to undertake bigger challenges,” says Gurung adding that if solo travel seems like a huge undertaking, one can build up the courage by starting small. 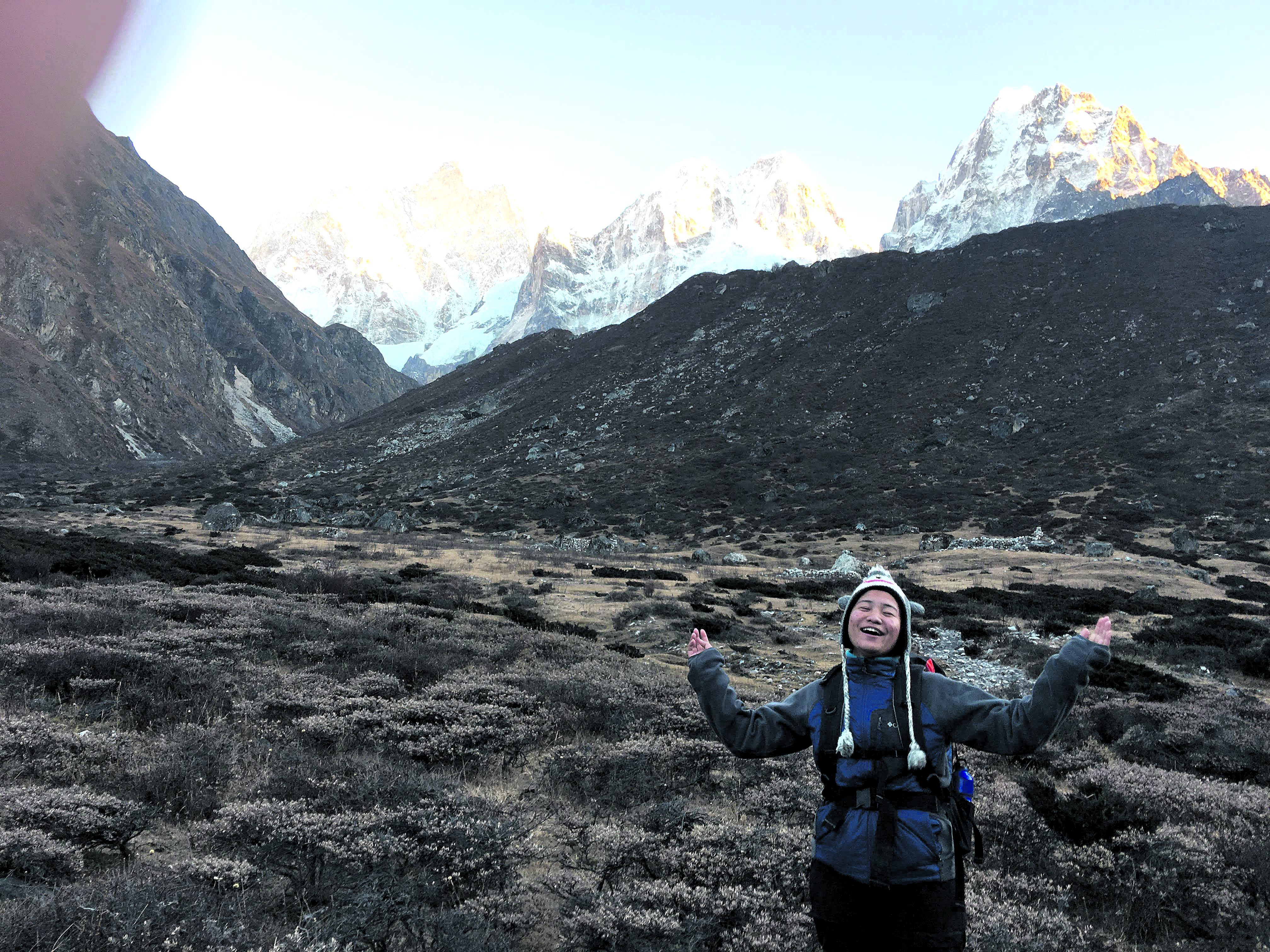