The author is former ambassador of Nepal to Israel
news@myrepublica.com

Agriculture in Israel is one of the best examples of how the age-old profession of farming can be modernized. The Israeli model of agriculture has many lessons for Nepal.

Nepal has been called an agricultural country for the past several centuries. However, this seems to be limited only to slogans. The overall agriculture sector in Nepal has not received priority even as this sector can create a wave of development in Nepal. About 65 percent of Nepali people are currently involved in agriculture. The development index is still negative even as nearly two-thirds of the country's total population is involved in this sector.

The production of agricultural goods has not been satisfactory due to the use of traditional practices while the existing agricultural products are not distributed properly. Although there is a huge demand for certain agricultural commodities produced in Nepal in the international market, there has not been any significant improvement in exports due to the lack of production of those commodities as per the demand. Not only has there been no improvement in exports, we have not been able to consume fruits, vegetables and other foodstuffs produced within our own country. On the contrary, the economy is affected negatively as fruits and vegetables worth billions of rupees are imported every year. Such a situation is also making us lose employment opportunities in the agricultural sector.

Contribution of agriculture in Israel's development

The State of Israel was formally established on May 14, 1948. The country has made great strides in development since the 73 years of its establishment. Of course, several other factors such as education, agriculture, health, high-tech, infrastructure, science and technology and training, among other things, have played important roles in the development of Israel. Of them, modernization of agriculture has played a very important role in the development of Israel.

During the early days, the development of agriculture in Israel was slow. There was a shortage of water as well as fertile land and the production could not be increased significantly as the country itself is located in a desert area. Any assistance from the neighboring countries was impossible as all its neighbors were hostile to it. All these factors made the Israeli people suffer a lot even to get enough food. When there was not enough drinking water for the people, getting water for farming was quite impossible.

However, things began to change when the people of Israel got organized and focused on adopting new technologies to bring about a revolution in agriculture where the government, experts and citizens worked together to bring remarkable change in this sector. They worked on the development of the agriculture sector by adopting new technologies such as hydroponics and irrigation farming. The use of these innovative technologies has transformed the agricultural sector into one of the highly-developed industries in Israel.

More than half of Israel's total land is desert, and only 20% land is naturally arable. As it lies in a desert area, water scarcity is a major problem in the country. Although Israel's geography is not suitable for agriculture, it is one of the major exporters of fresh agricultural products and a world leader in agricultural technology these days. Exploring opportunities within the existing problems, the development of various technologies such as drip irrigation, seedless fruits, hybrid products, aquaculture, hydroponic greenhouses, seed production, dairy and poultry farming, fertilizers and pesticides have led to an exemplary success in the world of agriculture.

While the country is setting an example in the world about its progress in agriculture, it is quite impossible to believe that only 1.7% of the total nine million people in Israel are engaged in the agricultural sector. The percentage has further decreased from 3% in 2019 and 2.5% in 2020. This small number of population has not only been able to produce food for the rest of the 98% population but also is able to export agricultural goods across the world.

The contribution of the communities in Israel for achieving this success in the field of agriculture is beyond any comparison. Aware of the difficulties it has, the country implemented the system of the Kibbutz community for its security, development, progress and prosperity, which also made a great contribution to the development of the agricultural sector. The Kibbutz community is similar to a co-operative community. However, there are some differences. For example, the members of the Kibbutz community live together, eat together and are united when it comes to making a living. Throughout the time, this community evolved and developed into another community known as the Moshav Community.

Despite having some differences, these two communities have played a leading role in the development of the agricultural system in Israel. The working process of these communities has transformed farmers into entrepreneurs while also bringing development in the rural areas of Israel. Due to the technologies developed by these communities, a cow produces 12,000 liters of milk a year. They produce 300 tons of turnips per hectare each season. They also grow cherries and export them to foreign countries as these products have high demand abroad. The Israeli yellow cherry tomatoes are also famous in Europe and according to the market value, the price of seeds of such cherry tomatoes are higher than the seeds of other fruits. In Europe, such seeds are sold for thousands of dollars.

Similarly, 600 households (3,000 people) produce 150,000 tons of vegetables in a desert area alone. They produce and export three million roses per hectare each season. The main reason for this is the proper use of water and fertilizer (fertigation) of the plants, a technique developed in this way of agriculture. Also, the fertigated crops grow fast and they are of high quality. They have also understood that hybrid seeds are important because they produce new varieties of seeds that are suited to the Israeli climate. This also protects the crops from pests and diseases.

Likewise, an NRS poultry farm in Israel developed a hereditary breed of chicken to produce female chicken after six years of research. They developed a unique technique where hens would lay only female eggs. According to Eli Mor, head of the NRS Poultry Farm, they managed to save 7 billion male chicks from being killed. Such technology has been developed for the welfare of animals and as a result, the efficiency in farms has also improved and prices have come down.  The same technology has been used in cattle farming. Thus, the establishment of the Agriculture Center of Excellence and its full utilization can be considered as the main reason for the development of the agriculture and animal husbandry sector in Israel.

While a small number of people are engaged in farming and agriculture, the other citizens are engaged in various other professions working as scientists, doctors, engineers, administrators, entrepreneurs and hi-tech experts. The Israeli leaders have visions and plans to develop their citizens as the best citizens in the world. In this context, former Prime Minister Benjamin Netanyahu in his occasional addresses expressed pride that Israel has been able to produce excellent citizens. Israel has invested heavily in research and development in all areas which brought them these successes.

The government also provides its support to entrepreneurs in Israel. For example, the COVID-19 pandemic in 2019 had a devastating effect on many sectors including tourism, education, and transportation. However, despite adverse effects at the initial phase, the Israeli government soon adopted innovative policies to promote entrepreneurship by encouraging start-ups, which led to a 40% increase in investment in Israel and a further improvement in the economic situation. This success of Israel even in the times of crisis left the world stunned.

Israel has shifted its paradigm to increase investment in high tech and innovation. The government provides the necessary support to any startup business. In order to uplift and encourage the institutional investors, if the investment portfolio declines, a 40% refund scheme was adopted too. Such plans and policies made the country’s economy even stronger. The expertise of the Israelis is one of the main reasons why Israel is becoming more and more powerful.

We can see that Jews from all over the world have come to live in Israel because of their sense of nationalism. They are united and they work hard for the development of Israel. The goal of the Israelis is to develop their country and preserve their religion and culture. This is the reason why Israel is where it is today as a strong nation with self-reliance in a number of areas.

Steps to be taken by Nepal

"Agriculture is the foundation of all other industries," said Irish political leader Edward W Stewart.

Considering this statement, in order to truly develop Nepal, it is essential to modernize the existing traditional agriculture by establishing an Agriculture Center of Excellence like the one in Israel.

More than 65% of the population in Nepal is involved in agriculture. However, we import vegetables and fruits worth billions of rupees annually, which is an unfortunate fact. Our manpower is being wasted. That is why, if we Nepalis are able to engage in the modern agricultural sector with less manpower like in Israel and a large part of the population can still be involved in other sectors. Nepal can be developed at a faster pace by expanding employment opportunities, by exporting innovative ideas, technologies, herbs, agricultural products and many other things made by Nepalis, ultimately establishing itself as a self-reliant economy. 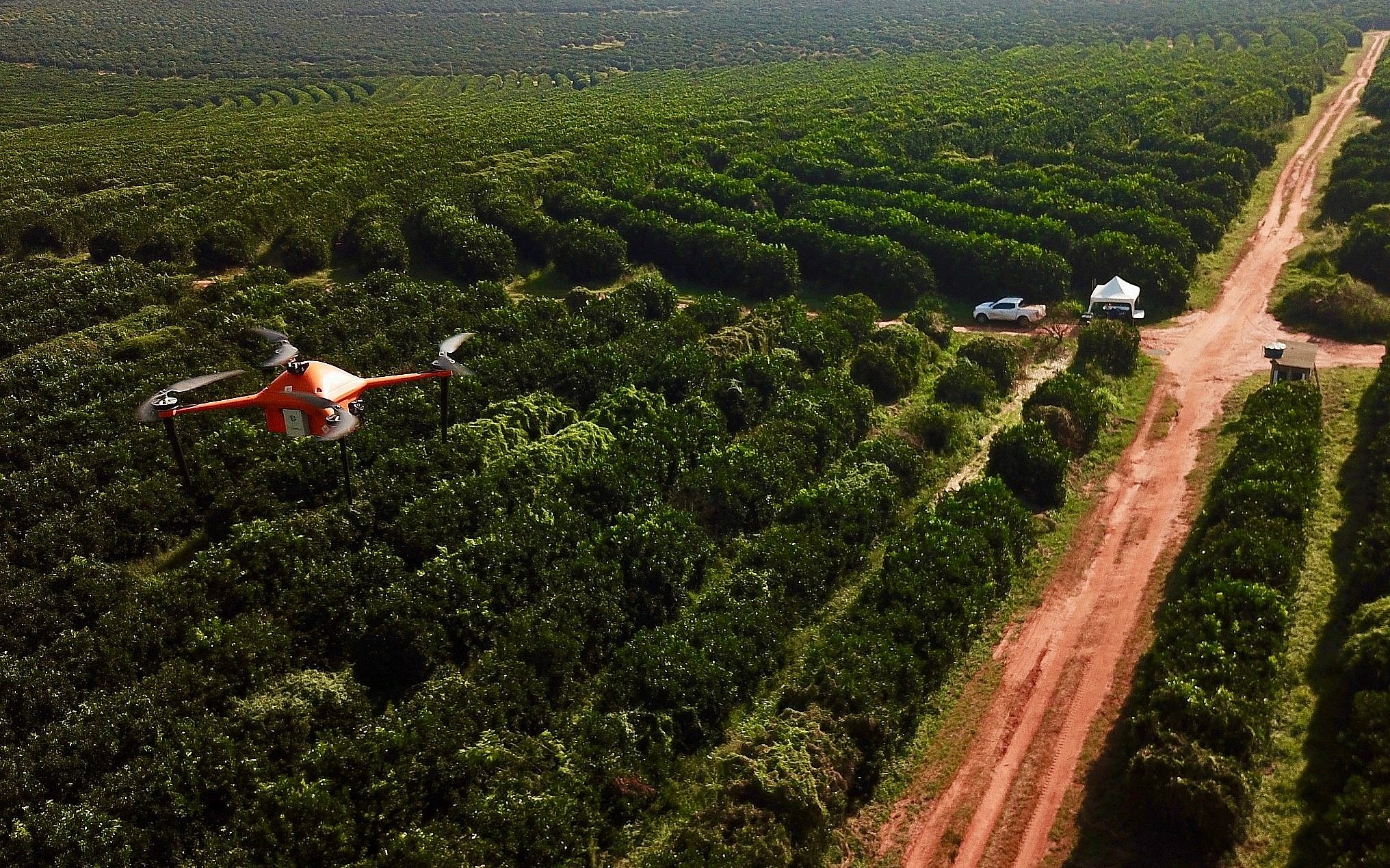 Like Israel, the Nepali government should come up with various plans to make its citizens a better version of themselves. Similarly, the Government of Nepal should bring necessary policies and plans to turn farmers into entrepreneurs and the private sector, government and cooperatives should work together to implement those plans.

In the context of the 61st anniversary of the diplomatic relations between Nepal and Israel, the Israeli government and its civic leaders at a program hosted by the Nepali Embassy said during the period between 2019 and 2021 relations between the two countries were unforgettable and strong after BP Koirala passed away. During that period, cooperation in many areas, including the signing of dozens of agreements and memoranda of understanding, were advanced.

A Memorandum of Understanding (MoU) was signed between the Ambassador of Nepal to Israel and the Minister of Foreign Affairs of Israel in September 2020 regarding the opening of Agriculture Centers of Excellence (ACoEs) in all seven provinces of Nepal. However, the agreement has not been implemented even after 19 months. Meanwhile, toward the end of 2019, Mashav's chief along with the Nepali ambassador paid a visit to Nepal and were shown the areas with open arable land and where the centers could be opened.

That is why modern agriculture should be introduced and implemented in Nepal by opening ACoEs in all the seven provinces of Nepal. Apart from this, in the field of high-tech, AI, health, science and technology, education and in many other areas, cooperation and collaboration with Israel can bring technologies in these fields of Nepal.

(The author is former ambassador of Nepal to Israel)