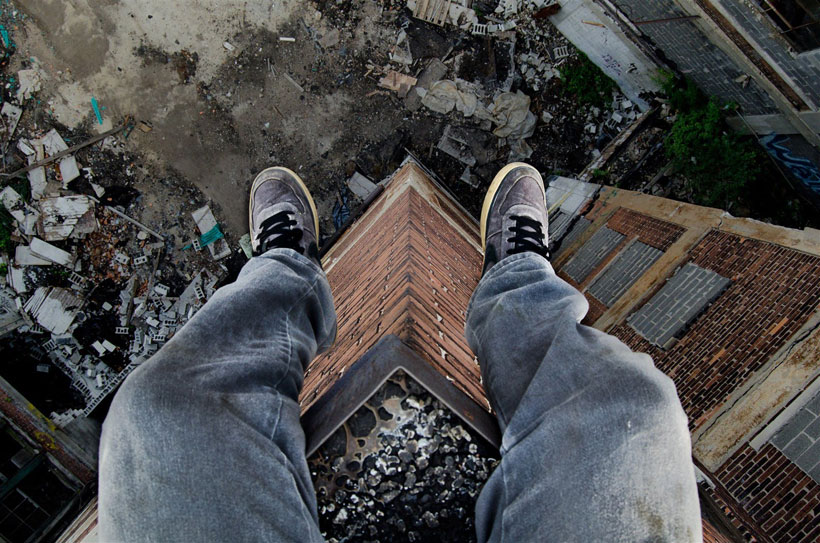 Since nature is so erratic, so woo-woo, why not leave everything up to god?
Feels like I am sitting on a ticking time-bomb. The anxiety heightens as I know not—neither the time the bomb is scheduled to go off, nor the magnitude of the eventual, inevitable, blast. I refer to the latest research findings of Steve Wesnousky of University of Nevada’s Center for Neotectonic Studies. Wesnousky warns, based on his year-long geological studies in and around Kathmandu, that last year’s earthquakes, powerful as they were, could just be a trailer of a far more horrendous real-life film in this region.

Just when we were starting to get back to our normal lives after those wretched days! But what can you realistically do, people are asking—’Bring it on!’ said one Facebook post fuelled by that impotent rage against nature’s unpredictable ways—save perhaps build an impregnable fortress, if you have all the money in the world?

Still, thousands upon thousands of people are living in homes that are barely standing after last year’s quakes. The other day, I was walking through the Ason area, my mind occupied with Wesnousky’s dire warnings, and the lack of preparedness I witnessed all around me was mind-boggling. Here was this hole-in-the-wall jewelry shop, two young men behind the glass-topped counter, lazily serving a middle-aged lady who also seemed to have all the time in the world. The building they were in was badly cracked. But if its occupants were bothered, they were not showing it. (These intrepid jewelers—and their countless neighbors confined to their own, suffocating death-traps—redefine professionalism.)

Another wooden house was supported by a set of stilts jutting out on the main road. But the kirana shop on the ground floor was still open for business. Did the old lady in there have any choice? Where could she go, I wondered? This house and this bare-bone shop were probably the life to her. How often did she think of the earthquakes? I didn’t dare to ask.

On my morning constitutional, I see more of these shopkeepers, young and old, men and women, mothers and fathers, Pahades and Madheshis, all busy trying to tidy their little boxed existence. They are mostly smiling while purposefully scurrying about with cardboard cartons or swatting away flies over their wares—I see them all, and I am amazed. Amazed at their enormous capacity to delude themselves into a false sense of security, even when living in virtual booby-traps.

I mean many of the structures I see have not witnessed even minimal repairs following last year’s earthquakes to add to their strength. Instead, what many have done is plaster over cracks and splash a new coat of paint to make everything look neat and nifty. Apparently, for these ‘suitably modern’ folks, appearance is everything. Besides, as the last fallback, the almighty is never far away.

For when I am out and about in the morning, many of these shopkeepers will be lighting up incense, or praying in front of the little alcoves they have fashioned: their handcrafted, in-shop, mini-prayer rooms. Makes sense. Since nature is so erratic, so woo-woo, why not leave everything up to god? If your day has come, bad luck; if not, god will protect you, bail you out from the most hopeless situation.

They make me a little jealous, these god-loving folks. A hardcore atheist, when I see people pray, I think of how stupid they are to put all their faith in a god who doesn’t exist. In my enlightened eyes they are lesser human beings for running to their deities like crybabies at the first sign of trouble in their life.

Yet I can also see with my own eyes that faith gives people comfort, a solid anchor in their otherwise unpredictable, and often miserable, lives. So I could most certainly do with a god I could trust, come earthquake or heartbreak. But it’s a futile quest. I know. Been there, done that. At this point in my life mocking people of faith does me just fine, thank you.

Jean de La Bruyère, the 17th century French philosopher, supposedly said, “Life is a tragedy for those who feel, and a comedy for those who think”. Recently, a family elder, a widower, could barely hide his (affected?) mirth as he told the assembled guests that these days all he did was wait for his impending death.

As more and more years latch on to your life, and your friends and family members start, well, dying, you come to realize that death is never far away. Isn’t the fear of the looming earthquake, in reality, a futile emotional quest for immortality? Really, the distracting tick-tock of the time-bomb even feels reassuring in this light.

KATHMANDU, July 2: Nepal Storm and Sri Lankan Lions are set to battle in the summit clash of the ongoing Asian... Read More...