The ethics of volunteering 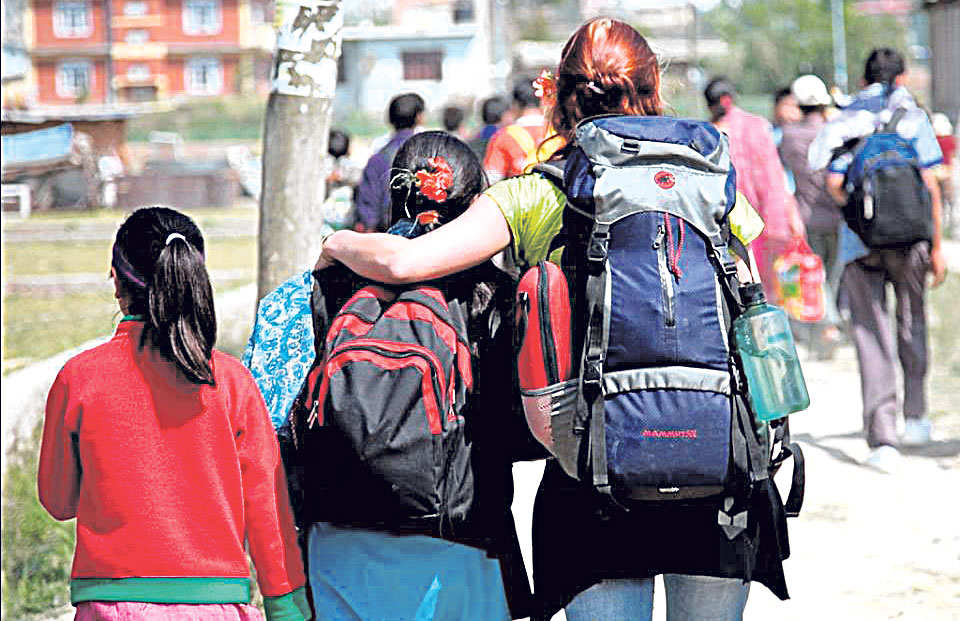 A few months ago Mandira Chaulagain, a social worker at an organization that works for street children near Pashupatinath Temple, was stunned to find out about the repercussions of unregulated volunteerism in Nepal. She almost broke down in tears while recollecting one of the many tormenting stories she heard from the underprivileged children at her organization.

“A little girl told me that they had been taken to a far off location for a documentary shoot. There the girls were made to wear obscene and uncomfortable clothes in front of the camera,” says Chaulagain.

For many years now volunteerism has been considered an essential activity for the betterment of our society. But incidents such as these make us question the very ethics of volunteerism. The vulnerable situation of underprivileged children in our country, who are largely handled by volunteers, brings to the forefront the need to regulate, supervise, and meticulously train every volunteer before letting them deal directly with the kids.

According to the report of Central Child Welfare Board Nepal, in the year 2017, there were 567 residential homes across 46 districts in Nepal with a total of 16,536 children. Majority of these homes are still located in major cities of Nepal such as Kathmandu and Pokhara.

The geographical locations of these organizations encourages many so-called ‘ethically conscious tourists’ to volunteer at these orphanages for a short period of time. Also, there are many websites that lure these foreign travelers into volunteering in the name of giving back to this ‘poor, earthquake-hit’ country.

“Most of these organizations let untrained and unsupervised volunteers deal directly with the kids. Their primary motive is to earn money from the volunteers. So the welfare of children is the second thing they have in mind,” says Chaulagain.

According to Binita Shrestha, consultation and development officer at The Umbrella Foundation, there is an alarming trend among many organizations to blindly trust foreigners. They are assumed to know everything and believed to be able to cause no harm to our children or society.

However, volunteering with tourist visa is not even legal in Nepal. Kosha Hari Niraula, director at Department of Immigration, Nepal, says that volunteers should either come on a working visa or should take special permission from the department to work in Nepal.

Unfortunately, not many orphanages and childcare homes check the background of volunteers before taking them in. Out of 10 childcare homes this scribe spoke to only two said that they required the volunteers to present legal documents.

This is not to say that the entire concept of volunteering is bogus. Not every volunteer comes with the intention to cause physical harm to children. Many socially conscious tourists work with the kids in order to impart their skills and knowledge while they visit Nepal. However, very few of them realize that volunteering for a short period can actually harm a child’s well being and negatively affect their psychology.

“The sad reality is that these small kids sometimes wait for years for their favorite volunteer to come back. They often suffer psychological and social anxieties after the volunteer who gave them so much love leaves suddenly,” says Shrestha who believes that the way in which foreigners teach is different from our traditional style.

According to Shrestha, many foreign volunteers know how to create a fun learning environment for children. As a result, children get emotionally attached to them. But after the volunteer leaves the organization, it becomes difficult for children to cope with the separation. This way volunteering can cause more harm than good.

Ananta Chalise, a mental health social activist and lecturer of Psychology at Texas International College in Mitrapark, Kathmandu, calls this phenomenen ‘separation disorder’. According to him, children often tend to seek attention and affection from their primary care givers. Unfortunately, orphans or children with disturbed childhoods are unable to get the care, attention or support they require.

“Their inability to get love and affection leads to negative attachment or attachment disorder where a child loses self confidence, feels unimportant, worthless, and even suffers from trust issues,” says Chalise adding that when much needed loving and caring volunteers enter the picture, they get highly emotional and attached to them.

However, when their care-giver (in this case, a volunteer) leaves after a short span, the cycle of attachment disorder continues and sometimes becomes worse. As a result, even after these children grow into mature adults they tend to avoid intimacy, have social security issues, suffer from emotional instability and have a lack of empathy for others.

Various incidents have proven that even child sponsors can also cause unintentional harm to the children. “Some sponsors are rich and they tend to send expensive and attractive gifts to their children. Others may only be able to provide them with the bare minimum. When a child gets less than their friends they often tend to be sad and a feeling of hatred and jealousy may develop among them,” says Shrestha adding that this may even lead to the child hating their sponsor.

According to Chalise, reward plays an important role in a child’s upbringing. And these little gifts that they get often act as rewards. He says children always compare their rewards to that of their friends and the inability to get equal amount of gifts may lead to inferiority complex, jealousy, and even aggression.

Hence, according to him, there is a need to provide a safe and healthy environment for children in order to groom them well. “Equal treatment should be the primary motive of these childcare organizations and orphanages. If one child is getting a gift, every child should get it. This encourages healthy relationship among children,” says Chalise.

He also talks about various therapies such as play therapy, listening therapy, and spoken therapy to help relive children of their mental burden. However, these therapies should always be organized by the institutions itself. Getting volunteers engaged in these intimate activities may have short-term effects but in the long run it may be detrimental to a child’s wellbeing.

A 2015 UNICEF report on Orphanage Volunteerism in Nepal states that about 85% of children in orphanages have at least one living parent. This is because poor children are separated from their parents and brought to the cities under the pretext of better facilities and education. But these children are often kept in illegal orphanages in an extremely deplorable situation to attract tourists and eventually extract money from them.

Authorities at Next Generation Nepal, an organization that works towards reconnecting children trapped in illegal orphanages with their families, claim that most childcare homes and orphanages run in the form of businesses. The donations that they get directly go into the bank accounts of the orphanage owners.

Next Generation Nepal believes that volunteers should have a different approach towards volunteering. Just empathizing with the poor and understanding their situation do not make any person worthy enough to volunteer.

Authorities there also feel that in there is a need among volunteers to explore ethical volunteering options in great detail. For example, if you know how to engage children and build an interactive environment in classrooms then you can impart that knowledge to the teachers instead of dealing with the children.

“It is better that you impart your skills to the locals before you leave a place. That, in a way, will truly fulfill your wish of making a difference in the long run,” says an authority at Next Generation Nepal addressing the many volunteers that come to Nepal every year. He also emphasizes the need to ask questions to the volunteer agency. That would prevent a volunteer from jointing illegal institutions and would also check the rise of these fraudulent organizations in the market.

“To tackle this issue, we need to be able to make interested volunteers understand the many ways to go about it. They also need to be made aware that sometimes their positive actions too can negatively affect a child’s mindset and so their approach to volunteering must be right,” concludes Chaulagain who feels that since the adverse effects of volunteering without proper training are aplenty, we simply cannot afford to let the matter slide. 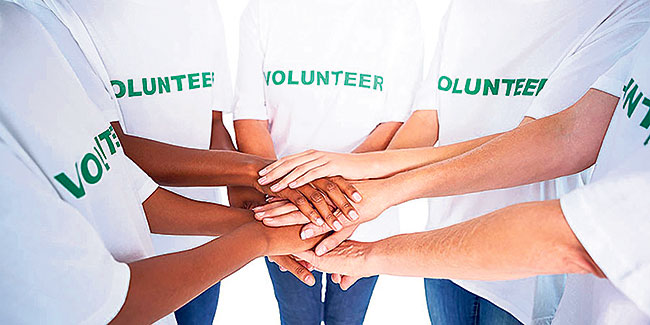 An auditor has enormous powers which s/he should use judiciously, intelligently and appropriately. It is only through a strict observation... Read More...

CAMBRIDGE – When I told a friend I had just written a book on morality and foreign policy, she quipped:... Read More...

Infographics: The value of volunteering around the world

The value of volunteering around the world ... Read More...

BRI and border issues should be raised during foreign minister's China visit: Khanal
22 hours ago

Kathmandu cluttered with garbage
18 hours ago

HoR meeting: Bill related to Oath to be passed
1 hour ago

75 percent of those who succumbed to COVID-19 were unvaccinated: MoHP
2 hours ago