The countries that trust the government most and least 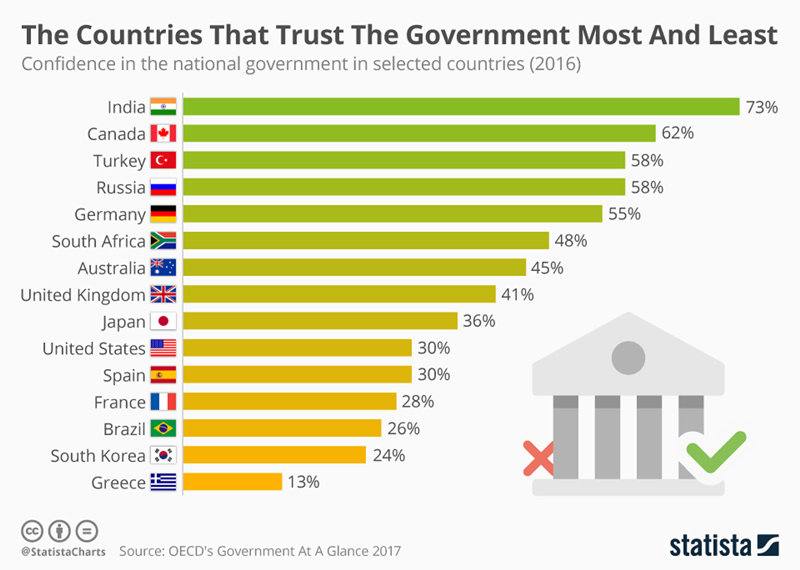 Trust in government serves as a vital driving force for a country’s economic development, increases the effectiveness of governmental decisions, as well as leading to greater compliance with regulations and the tax system. The level of confidence in a country’s government is generally determined by whether people think their government is reliable, if it can protect its citizens from risk and whether or not it is capable of effectively delivering public services.

The latest edition of the OECD’s Government at a Glance report has found that confidence in government varies widely between countries. Greece has the lowest level of confidence in its government, unsurprising given the economic pain it has suffered since the onset of the financial crisis. In recent years, Greece has had to deal with multiple elections, bank shutdowns, defaulting, the introduction of capital controls and being on the frontline of the European migration crisis. That has all led to 13 percent of the Greek public having confidence in their government. South Korea also has a low level of confidence at 24 percent, most likely due to President Park Geun-hye’s impeachment scandal.

In the United States, the White House is struggling to shake off allegations of Russian collusion and only 30 percent of the public have confidence in the government. The United Kingdom is also enduring turbulent times amid its Brexit negotiations and 41 percent of the public have faith in their government. 58 percent of people in Russia and Turkey trust their governments while India has some of the highest confidence levels at 73 percent. Overall, however, Indonesia and Switzerland were at the very top of the OECD’s report for governmental confidence. 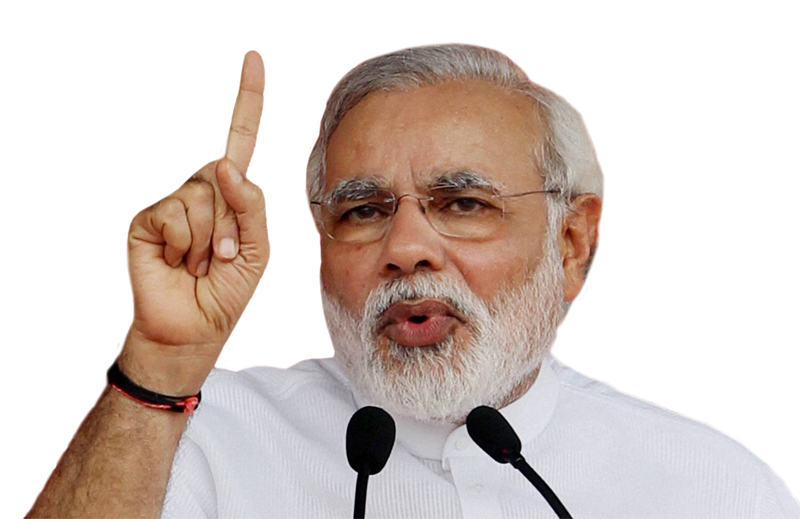 A recently released World Economic Forum report has found that the global economy is recovering well nearly a decade on... Read More...

Infographics: Where people trust the news most and least

Where people trust the news most and least ... Read More...

Infographics: The world's most and least peaceful countries

The world's most and least peaceful countries ... Read More...