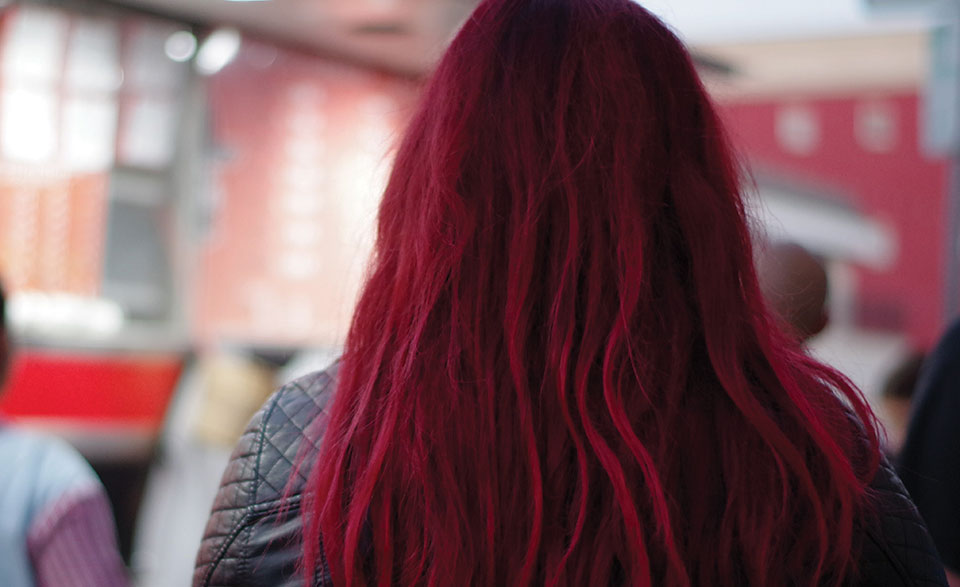 We have come a long way in the journey toward beautiful, vibrant, hair commercial color since women used animal and plant extracts to color their hair

Hair coloring is not a big thing now. You will find people with colored hair everywhere. Even middle-aged conservative women sport blond streaks on their head. Yes, I too color my hair. My hair started greying very early, in my twenties.  I was not intent on coloring my hair, nor did I know of things used to color one’s hair.  Upon a friend’s suggestion I decided to give it a try. I was happy when my hair looked normal. Then while in Cambridge during 1985, I found out that hair coloring was not always done to hide grey hair. One day I saw hordes of young people at Harvard Square with multi-colored hair, like they were making a statement.  Expressing their freedom to do whatever they wanted to do.  Some had blonde hair while others had variety of colors splashed on their Mohawk hair.

During those days there was one very popular pop singer, Cyndi Lauper who had chart-topping songs like “Girls Just Want to Have Fun” and “True Colors” to her credit. She is still known for her talent, unconventional personality, and ability to wear every hair-color combination under the rainbow with flair only she could pull off. Currently she has her hair colored pink. Her reason for keeping pink hair was to show her solidarity with the great Women’s March in January 2017. She was moved when she saw women marching with signs that said: “Girls Just Want to Have Fun-Damental Rights.” This was Cyndi’s reason, but there were other reasons for hair coloring in the past.

Roots of color
During the Roman Empire (300 BC), the prostitutes were required by law to dye their hair (blond) yellow to distinguish themselves from others, but many Roman women and men followed suit. Some wore wigs while others used mixture made of ashes of burned plants or even nuts to color their hair. The other most popular hair colors at the time were red and black.  During the same time the Gaul and the Saxons dyed their hair in different vibrant colors just to show their rank and also as a means to intimidate the opponents during battle in the battlefield. I am sure you are surprised to see that hair coloring also has a history of its own. People have continued to color their hair throughout history, but thankfully dyeing techniques have become a bit more pleasant now than in the past.

Nobel Sumerians in 2000 BC used silver or gold combs with golden or silver powder to color their gray hairs. The accomplished Egyptian civilization of 1500 BC too experimented with hair dye. They used henna to hide their grey hair.  Some years later the Greeks and Romans also joined the rank and used plant extracts as a dye.  Later, however, they succeeded in creating permanent black hair dye. This was too toxic to use hence they switched to another formula made of leeches, fermented in a lead vessel for two months. Women applied this mixture to their hair. It took couple hundred years to expand the color range beyond black.

During 500-1500s AD, the first natural born red head was documented in Scotland. Unfortunately people with natural red hair were suspected of practicing witchcraft and were victimized for quite sometime.   Only after Elizabeth the first (who had red hair) took her reign red hair was normalized and became acceptable. People thereafter started following her style.  In 1863 English chemist William Henry Perkin made an accidental discovery while searching a cure for malaria.  This accidental discovery changed hair dye forever.  He had created the first synthesized dye. The color was mauve and was appropriately named Mauveine.  Soon enough, August Hoffman, a chemistry professor, successfully derived a color-changing molecule from Mauveine (called para-phenylenediamine, or PPD). This turned out to be groundbreaking so far hair dyes were concerned. It still remains the foundation for most permanent hair dyes.

In 1907, L’Oréal was born. Eugene Schueller created the first chemical dye for commercial purposes and called it Aureole. Later it became L’Oréal. He also named the company he founded L’Oréal.  The year 1931 was the year of platinum blond. Though there was much hype about the color during those days, the process of going blond involved using bleach and that caused a lot of hair damage. Prior to 1950 coloring was a very tedious job and had to be done at a salon.

In 1950 a revolutionary formula came forward. Clairol, the company Gelb and his wife Jane Clair founded, introduced the first one-step hair dye that actually lightened hair without bleaching it. It even allowed women to color their hair at home, discreetly. This was important, as women preferred not to publicize the fact that they colored their hair, at the time. This became very popular with the general public at the time.  By late 1960s, hair coloring was commonplace. By the 1970s, public sentiments toward dyeing your hair began to change. L’Oréal’s slogans like “Because you’re worth it” encouraged acceptance of openly using hair color products. This shift in viewpoint had a lasting impact.

Today you can’t turn on the television without seeing some gorgeous celebrity trying to sell you hair color. The 1980s heralded the era of celebrity endorsements. In May of 2014, while most of the population in the US was embracing more natural-looking hair color techniques, Kylie Jenner, an American reality television personality, model, entrepreneur, socialite, and social media personality, made her first major hair color transformation with the now-iconic teal blue tips. This was the first of many vibrant hair colors she sported later.

Facing the dilemma
It is entirely possible some of you are walking a tight rope thinking whether to color your hair or not. You too must have given in to the pressure of your friends and family to color your hair, despite your wish to not color. If you are lucky, you escaped the drastic and inevitably unflattering color changes to your hair often under peer pressure.  It is entirely possible that you gave in a bit and had some blonde streaks instead and got away with it.

For majority of women, hair color is an important part of their beauty, and we have come a long way in the journey towards beautiful, vibrant, hair commercial color since the time women used animal and plant extracts to color their hair.

Finally, don’t be surprised if I tell you that just in the USA, currently, an estimated 70 percent of women use hair-coloring products, and hair colors ran the gamut.  Starting from believable looks like lived-in color to buzzy techniques like tortoiseshell hair to pastel creations like opal hair.  It’s clear the future of hair color is going to be as rich as its past. Much water has gone down the bridge, since the first hair coloring attempts.  Now there are varieties of colors available.  Some with ammonia and some without ammonia and some even boast of being herbal.  The time factor has also changed quite a bit.  Now you can have gorgeous hair in just 10 minutes.  Amazing isn’t it?

Do you know that one of the key reasons for hair fall and breakage is your hairbrush? No matter how... Read More...

Unlocking the lockdown
18 hours ago