‘The CIA is listening & may kill me’: Duterte mulls ditching his smartphone 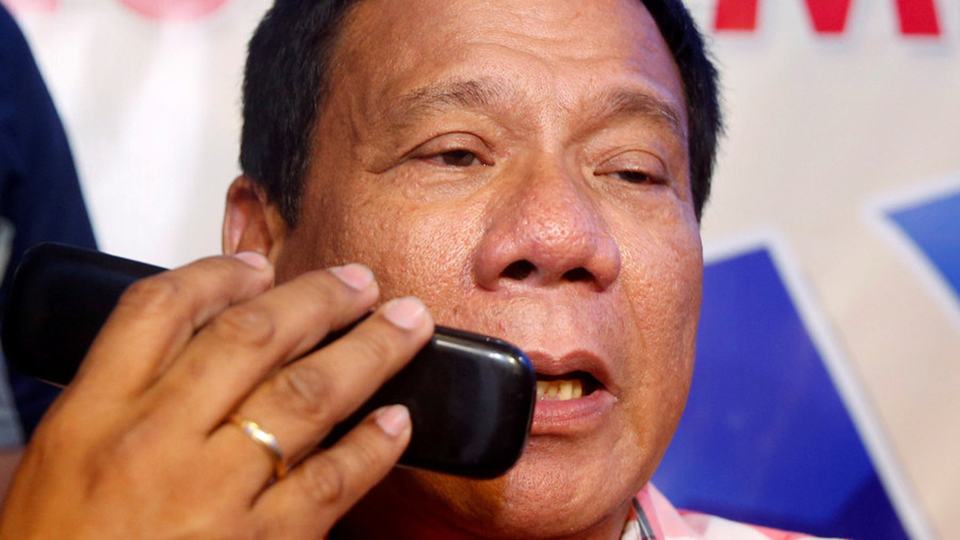 WASHINGTON DC, Aug 22: Philippines President Rodrigo Duterte is thinking of dumping his smartphone over fears that the CIA is constantly eavesdropping on his conversations and might use his private information to eventually assassinate him.

“I know, the US is listening. I’m sure it’s the CIA, it’s also the one who will kill me,” Duterte said in Cebu City on Tuesday, rejuvenating fears that Washington may seek his demise over his independent foreign policy and willingness to obtain weapons from other global suppliers.

To avert possible smartphone intrusion by outside powers, which Duterte said could include "Russia, China, Israel, and maybe Indonesia,” the 73-year-old leader is considering going back to using a basic cell phone, with which eavesdropping and interception are harder.

Noting that he is not a tech-savvy leader, he anecdotally recalled how he once sent a confidential message to all of his Viber contacts after accidentally clicking the “send all” feature.

Duterte has long feared that the CIA might be out for vengeance amid deteriorating bilateral ties with Washington. Just last Friday, Duterte once again noted that the CIA “wanted me dead.”

Washington’s refusal to sell assault rifles to Manila, over concerns about the country’s human rights record amid its ongoing war on drugs, has forced Duterte to seek new suppliers. Manila, which has long depended on the US for weapons, turned to China and Russia to fill the gap.

Moscow and Manila signed a military cooperation agreement last year, with Russia already supplying over 5,000 Kalashnikov assault rifles to the Philippines for free, to help it fight Islamist insurgency. Despite pressure from the US, Duterte’s government is also considering the purchase of patrol boats, helicopters, armored vehicles and even submarines from Russia.

On Tuesday, Duterte once again defended his choice to seek new arms suppliers, after US Assistant Secretary of Defense for Asian and Pacific Security Affairs Randall Schriver asked Manila to think “very carefully” about the consequences of acquiring Russian weapons. “You’re not just buying capability, you’re investing in a relationship,” Schriver noted earlier this month.

US-Philippines relations, however, have never been based on mutual respect, Duterte stressed, noting Washington's failure to treat Manila as an equal partner.

“Relations? When was it really a relation of mutuality and respect?” Duterte asked, stressing that while the US used to provide refurbished military equipment China and Russia offer brand-new supplies, without preconditions.

MANILA, Dec 26: A typhoon that struck the central Philippines over Christmas has killed at least 13 people, disaster agency... Read More...

DAVAO, Dec 24: Philippine firefighters recovered one body from a burning shopping mall Sunday and there were “zero” chances of... Read More...