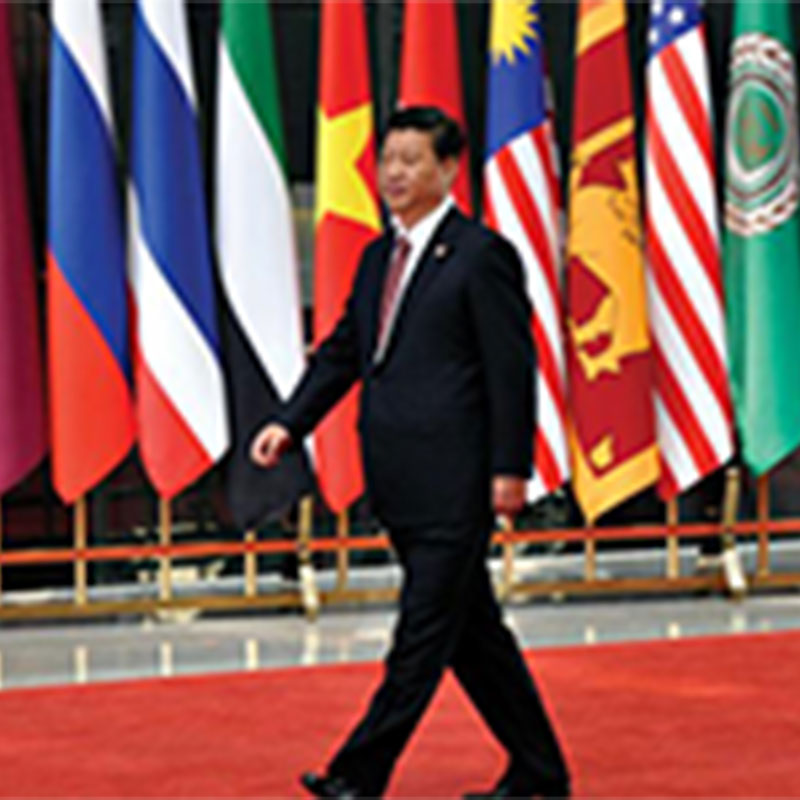 China cannot fix its economic problems merely by pulling the right combination of existing policy levers. Rather, it must embark on a broader and deeper process of reform and renewal; and it must be willing to swallow the bitter pill of slower short-term growth in the interest of long-term goals.

At the same time, an expansive reform effort cannot be advanced by economic decisions alone. China must also come to terms with the gap between how it wants to be perceived and how the world actually perceives it. China should take a lesson from business and recognize that many of its actions and affiliations on the world stage pose serious risks to its reputation—and to its bottom line.

For example, consider an international observer’s view of developments in the South China Sea. China is plainly bullying its southern neighbors by using the menacing term “core interests” (in pursuit of which a country would resort to the use of force) to have its way in various disputes. But, to hear it from Chinese officials, China is an aggrieved partner in the region. They argue that they have reined in their fishing fleet to avoid incidents with the Vietnamese, only to see Vietnamese fishermen aggressively claim the relinquished waters.

China obviously has the strength to drive out the Vietnamese, the Filipinos, the Malaysians, the Indonesians, and almost anyone else it chooses to confront. Southeast Asia represents but a fraction of China’s size and wealth. But does this behavior make China stronger in the region? Does a nineteenth-century approach to pursuing economic gain justify ongoing enmity with one’s neighbors? The peoples of Southeast Asia, after all, will be China’s neighbors for the rest of its history; while their knives may be short, their memories surely aren’t.

Many Chinese genuinely believe that they are unfairly criticized for China’s new assertiveness in the South China Sea. But certitude has little to recommend itself when the price paid is distrust and condemnation from everyone else. This is a basic social truth that most people know from their personal lives: Happiness and harmony are far more important than the empty comfort of being convinced you’re right.

Beyond Southeast Asia, nowhere in the world is China’s reputation more at stake than on the Korean Peninsula. In the South, the Republic of Korea (ROK) has become a modern, vibrant, and culturally sophisticated country that is admired around the world and addresses its problems forthrightly and transparently. In the North is a state that can best be described as a prison camp, run by a hereditary despotic leader whose regime—most politely described as a cult—is pursuing an unrelenting drive to develop weapons of mass destruction. Its main exports are the black humor produced by its political system, refugees, and claims of exceptionalism that put America’s to shame. And China is its only real—albeit increasingly wary—ally.

To be fair, China’s interests on the Korean Peninsula are more complex than how they are often portrayed in the West. For China, North Korea is not so much a foreign-policy problem as a multifaceted set of issues that impinge on China’s own internal debates as it charts its future course.

What would the demise of North Korea and its potential unification with the ROK mean for Chinese security interests, and for the perception of those interests? What would be the repercussions of losing a historic “partner” (many Chinese today would bristle at such a description), and potentially strengthening a rival, for China’s own political system or foreign policy? One thing seems certain: the future of the legacy relationship with North Korea will be determined by the Chinese themselves, not by the international community.

Still, weighing the disposition of the Korean Peninsula offers China an ideal opportunity to begin reconsidering its long-term interests. It is here, more than anywhere else, that China can align itself within mainstream international thinking and start to close the gap between how it is viewed by the world and how it views itself.

Rapid Diagnostic Test not reliable: WHO Nepal Office
1 day ago

World is changing
22 hours ago

PM Oli addresses the nation (with video)
20 hours ago