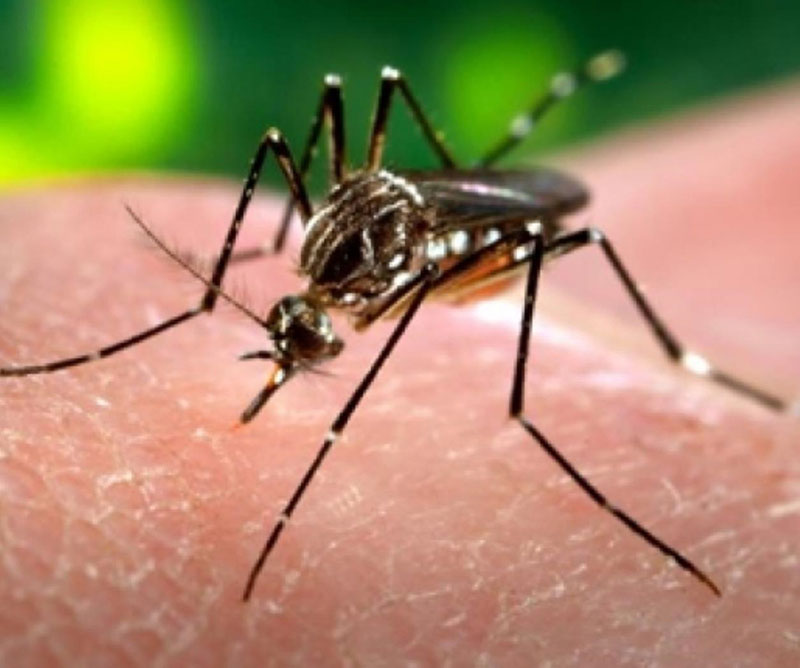 The 15 deaths reported in India due to complications from Chikungunya infection should be a cause for concern in Nepal
Even as Nepal is occupied with a myriad political problems, there are other pressing dangers that call for our immediate attention. For instance, for the past few days, India, particularly New Delhi, has seen cases of vector-borne diseases such as dengue and Chikungunya. Both diseases are caused by viruses and are transmitted by the bite of infected mosquitoes called Aedes agypti or Aedes albopictus. We should be concerned as both mosquito species are widely found in Nepal, including in Kathmandu valley.

Among dengue and Chikungunya viruses, Nepali people are perhaps better informed about the former than the latter. This is true of even health workers. In fact, I was the first one to report of the presence of Chikungunya virus in Nepal back in 2013. Chikungunya is considered less severe, and death from this virus is rare. But the high casualty rate in India during its most recent Chikungunya outbreak suggests that Nepal can’t afford to relax as well. Nepal could very well be the next place to see a Chikungunya epidemic in the near future, for multiple reasons.

Some history, first. Chikungunya virus was first identified in Tanzania in 1952 during an epidemic of fever that showed symptoms similar to dengue. The name Chikungunya means “to become contorted” in Kimakonde, a local language of Tanzania that describes the stooped appearance of sufferers due to severe joint pains. Since 1952, at least 94 countries have been found to harbor Chikungunya. In India, large outbreaks were first observed in 2005-2006, when 1.39 million people were suspected of having Chikungunya fever. At least 17 states were badly affected by the virus.

This year as well, the same states have seen troubling outbreaks. Over the past few days, thousands of people have tested positive for Chikungunya in these states, while at least 15 reportedly died. The deaths came as a surprise to Indians as Chikungunya is fatal only in the rarest of cases.

Symptoms of Chikungunya include fever and severe joint pain (in one or more joints, for instance knees, ankles, wrists, hands and feet). Muscle pain, headache, nausea, fatigue and rash are other symptoms associated with Chikungunya. A rash usually appears between 2 to 5 days after the onset of illness, though it has been reported in only 40-50 percent of infected patients in India. But no comprehensive study has been carried out on correlation between rash and Chikungunya infection in Nepal. Besides, complications related to eyes, brain (encephalitis) and heart have been reported. Older people with underlying diseases and conditions are particularly at risk of dying from Chikungunya.

Indeed, during the recent Chikungunya outbreak in India, most of the deceased were elderly patients with pre-existing kidney disease, hypertension, diabetes and heart diseases. Some studies have shown transient immune suppression during infection, which may be associated with Chikungunya’s rapid progression, especially among elderly people and children under 5. The incubation period (time from infection to illness) for Chikungunya is about 2 to 12 days. Symptoms usually lasts for a few days (and up to 10 days) but can be prolonged from weeks to even years accompanied by joint pain, swelling and tenderness.

Chikungunya shares clinical similarities with dengue and Zika viruses, making diagnosis difficult without lab confirmation. Rapid diagnostic test (RDT), ELISA test and PCR techniques are used to detect Chikungunya virus worldwide. The problem is that the RDT method, which is widely used to test for Chikungunya in Nepal, may not be able to detect virus in all infected patients. This inability to correctly identify Chikungunya may be one reason why Nepal was thought to be free of the virus, even though it was repeatedly reported in India over the past half century.

Moreover, health care providers usually do not include Chikungunya in the diagnosis list when evaluating patients with fever. In fact, one study showed that IgG antibodies against Chikungunya were found in some febrile patients (3 percent), which means that Chikungunya may have been circulating in Nepal for a long time.

So far no specific treatment is available for Chikungunya. General treatment includes pain-killers (analgesics) and fever-suppressants (antipyretics). Patient needs to drink a lot of fluid and get plenty of rest. As vaccines against Chikungunya are yet to be developed, preventing mosquito bite is the best way to avoid Chikungunya and interrupt its spread. Though this sounds easy enough, it is not so. We in Nepal lack funding, public awareness and political commitment in order to realize this ambitious goal. But even if we had all these things, it would not be easy to wipe out mosquitoes responsible for diseases like Chikungunya, dengue and Zika. Even Singapore has been struggling to achieve this goal. However, Sri Lanka’s success in becoming a malaria-free country gives us hope.

Chikungunya virus was first confirmed in Kolkota in 1963-64 during a fever outbreak in India. But it had not been spotted in India since 1973, before it was again detected in 2005, after an interval of 32 years. The current Chikungunya outbreak in India comes 10 years after the 2005 epidemic. Epidemiologists fear the Chikungunya virus may have undergone genetic mutations during this hibernation, which could partly explain new deaths in India. However, right now, this is just a hypothesis. Nonetheless it is safe to assume that most Nepalis do not have protective antibodies against Chikungunya, which makes future outbreaks particularly dangerous.

So this is the right time for Nepal to prepare for Chikungunya as well. For we could witness a Chikungunya outbreak, at any time and at any place in Nepal. That Chikungunya is a relatively new disease in Nepal should not be a reason not to prepare. The first thing we ought to do is carry out a thorough risk assessment of Nepal’s vulnerability. This assessment can then be a basis to put in place a proper early-screening system so that there is fast and effective response to future Chikungunya outbreaks.

The author is Coordinator of the Clinical Research Unit at Sukraraj Tropical and Infectious Disease Hospital at Teku, Kathmandu

CHITWAN, August 21:  It has been a tough week for Bir Bahadur Chepang of Rapti Rural Municipality ward-6, Pyaridhap, who... Read More...

SALYAN, Aug 24: People of the northern part of Salyan are forced to spend sleepless nights due to wild boar... Read More...

US dollar soars to an all-time high
33 minutes ago