The chapters of our lives 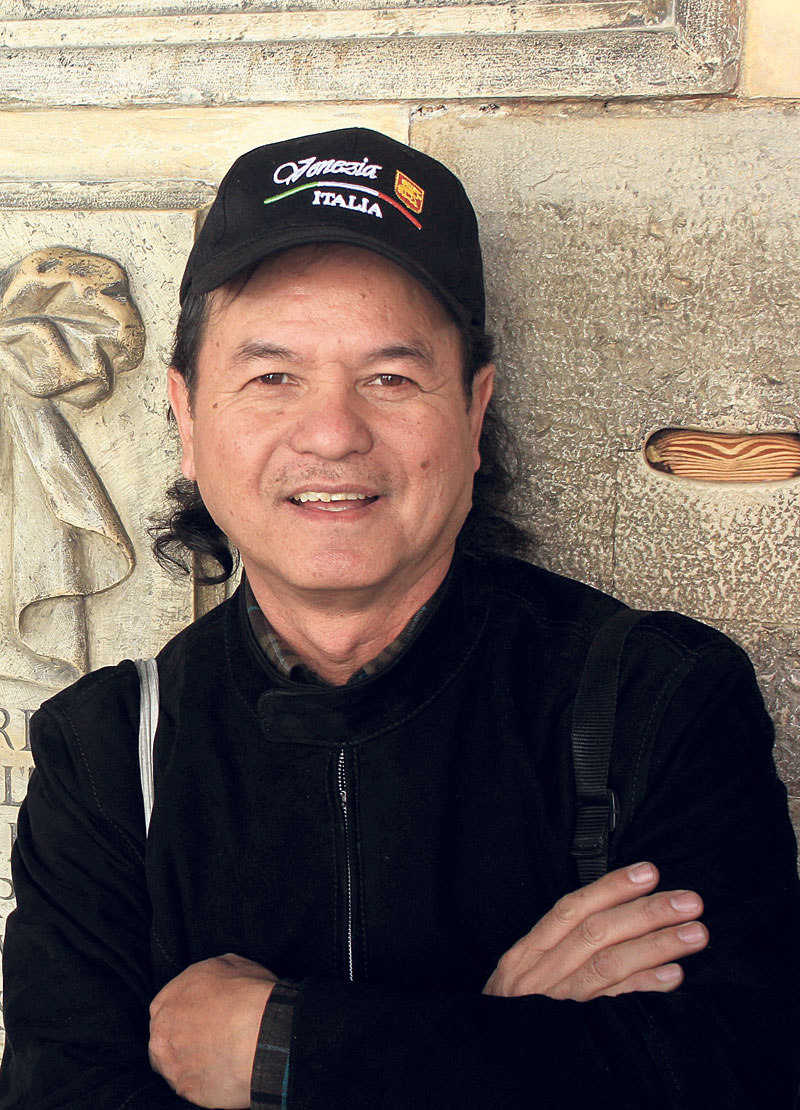 KATHMANDU, Sept 9: Dinesh Rai has been on Nepal’s magazine sector for more than 15 years. Though he prefers to freelance, he has not only been publishing articles but also editing some of the country’s most prominent magazines. An avid reader and musician, The Week caught up with Rai to talk about his favorite genre of books, the biographies.

What have you been reading recently?
These days I really enjoy going through biographies. I used to be into fiction written by authors like Dan Brown where you just can’t help but keep reading but of late, I find biographies more interesting. It’s fascinating to learn more about well-known personalities and it’s surprising how much there is to learn from their lives.
One of my favorite biographies is about Charlie Chaplin. We tend to see figures like him as mere entertainers but there was so much more to him. I didn’t know he grew up in an orphanage or that he had made various political, satirical speeches against the Nazis. You think you know these people because you have seen them so much of them but as it turns out, there is more to discover and I really enjoy finding out these little things. Similarly, biographies can prove to be inspiring as well. I remember reading comedian Joan Rivers’ book. It was all about her struggles and she only made it in the last page. You learn a lot from their stories.

What do you think makes a good biography?
I think politicians have the worst biographies and that is because most of them dedicate the books to politics. It’s about how they won the election or got the party nomination. There is barely a chapter on their private side, family or personal perspectives. It gets pretty boring. So I think a good biography is one that gives a genuine insight into who the subject actually is. For example, there was this Larry King biography that was very enjoyable. He shared parts of his life that many people had no inkling about. It was only after reading the book that I learnt about his Italian heritage. Further, apparently, he has been having breakfast with his old Italian friends for the last 30 years and they don’t even call him Larry King. They use his original Italian name. Such insight can really help elevate a biography.
Also, I have recently noticed that everybody is coming out with biographies. Just recently I saw Neymar’s on the shelf. This trend seems to be more for sales than story. I suspect the quality of these books.

So have you ever considered writing somebody’s biography?
Actually, I was hired to work on Jim Edward’s biography. He was the one who started jungle safari in Nepal with Tiger Tops but sadly his demise has indefinitely stalled the plan. If I had to choose though, I think I’d like to work on Amber Gurung’s biography. I actually had been playing with this idea for a while and had even begun to talk to his son to locate a couple of Gurung’s contemporaries in Darjeeling but then again, there was the news of his passing away too. I think it’s really difficult to work on somebody’s biography when they are not alive. He taught so many top musicians from the 60s. He was the guru and such a revered musician from the era. There is nobody of such stature in our industry. There were many things I wanted to ask him especially what it was like learning music back in his days. He was born in the 30s and I think there was a lot of influence from the British Raj. It would have been interesting to discover the man he was as well. His sons who are also musicians were my friends and I had met Amber Gurung many times. But he wasn’t talkative and we never got into these discussions. It certainly feels like a missed opportunity now.

Do biographies written by Nepali writers interest you?
As long as you put in the work, I don’t think there will be any problems with the quality. Writing biographies is a tough job. You have to invest years in it, meet a lot of people, do a lot of research and then sit down and sort through all the notes to write it. We need to check facts and even the smallest of details because wrong documentation can affect the writer’s credibility.
I have noticed that those who have well-written biographies have writers who really dug deep into the subject’s history. They started their research all the way from the grandparents, then slowly made their way to parents, colleagues, friends and so on. It’s very detailed work. It doesn’t matter who wrote it. The important thing is the effort that has gone into it.

How do you think we can improve our literary scene?
I think the basic problem with our literary scene is that there are no real critics. The critics are too scared to put off the writers. I think Sangeeta Thapa has faced the same problem in art as well. It’s hard to find somebody with a critical eye, someone who isn’t afraid to point out the defects and the weak points. Here everybody just mentions the good aspects. It seems like they are afraid of offending the writers or ruining their personal relationships with them. Then again, I guess we Nepalis are not good at taking criticism either.

It’s tricky to explain the entire plot. I doubt you could put this book in a certain genre either. However, there is no doubt that the White Tiger packs a punch. I believe it’s one of the best contemporary novels.

The Kite Runner by Khaled Hosseini

The Kite Runner has everything a book needs – conflict, characters, glimpses of reality where two people from totally different economic as well as ethnic background come together. The story itself is so well written. Hosseini is a good storyteller, at least in this one.

At the moment, if I had to pick a biography, this book would be it. It tells you a lot about life. Since his life was largely dedicated to his work, I believe this book has his final say where he talks about his regrets of missing out so much in life. It shows us the human aspect of a success story.

The Noodle Maker of Kalingpong by Gyalo Thondup

This is a really interesting book. It tells the extraordinary story of the Dalai Lama’s family, in particular, his brother, the writer of this book, Gyalo Thondup. It’s certainly interesting to see all the historical events from his personal perspective.

Texas by James A. Michener

Michener’s monumental saga chronicles the epic history of Texas. One may assume this to be a dry read, but Michener’s style of writing makes it everything but that. He sets up the story with a finely drawn cast of fictional characters but their lives tell us the real story of emotional and political alliances.

Lighting up our lives

‘I will come to meet you one day in form of light. I will illuminate, I will make my village... Read More...

We aim to expand our chapters to all over the country

The 2nd international Women’s Trade Expo, being held at the Army Officers’ Club in Kathmandu since Tuesday, was organized by... Read More...