The case of the cultured daughter-in-law

After I got married, I was asked to make tea the next morning. I had never made tea at home. I didn’t know how to make it. I knew it entailed mixing tea, milk, and sugar and I could only measure powdered milk. I was told to make 15 cups of tea. There were guests who wanted two cups of tea instead of one (one cup of tea in the morning doesn’t feel like tea was their justification for it). I got the measurement wrong and there was something really off about the color, to say nothing about the taste.

My mother-in-law looked at it and smirked. A relative grimaced and asked who had made it. When he found out it was the ‘buhari’, he then asked me if I had never made tea at home. Or rather, he asked a wall because he didn’t look at me as he spoke. It was as if I didn’t even exist. I was upset and furious at the same time. My in-laws have had two people living at home for almost two decades now. They did all the cooking and cleaning but because of my ‘buhari’ status, I was supposed to make tea the next day. And not knowing how to do so made me an uncultured girl.

This is only one of the many instances I was made aware of my ‘inferior’ status in the house. There were many things I was supposed to do, like take bed tea for my husband and iron his clothes (which up until then my mother-in-law or a house help would do) because I was now a married woman and thus solely responsible for my husband’s comfort and wellbeing. When my husband insisted on getting his own tea or ironing his own clothes, his mother berated him and told him it was a ‘girl’s job’ or, in other words, his wife’s.

In our society, it doesn’t matter if you are a working woman and earn as much as your husband does or even more, you are solely responsible for the household chores even if time permits or not. For women, work shouldn’t be prioritized over home. For men, it’s the opposite. Recently, my grandmother was ill. While the two daughters took turns waiting at her bedside throughout her week-long stay at the hospital, the two sons went to office and visited for less than an hour every other day. In our culture, men are exempt for many responsibilities that involve time and effort.

The society allows men to do whatever they want while women have to follow strict codes of conduct. Any deviation from those forcefully imposed codes and you are labeled a wayward girl. The weirdest thing is that patriarchy is reinforced by the women of the society. It’s often the women who tell women how they should behave, what’s considered right, and how best to make their existence all about the men.

My friend’s mother constantly tells her how to behave in front of her in-laws. She scolds my friend when she speaks harshly with her husband (that includes mock scolding him). She tells him to use ‘hajur’ instead of ‘timi’ while addressing him. My mother is a less stern version of my friend’s mother but she does tell me, time and again, to be a little ‘accommodating’ in my ways. In other words, “sometimes it’s okay to miss office when your mother-in-law is down with a cold”.

Currently, I’m the bad sheep in the family. I’m a ‘buhari’ who shows up to eat at dinner parties, instead of reaching in the afternoon to help with the preparations. I’m a ‘buhari’ who sits there on the sofa with the men in the family while the women bring in food from the kitchen and go around serving snacks and refilling juice glasses. Serving alcohol is the men’s job and I usually ask my husband to get me some whiskey, with just two ice cubes in it. This amuses the men in my family and traumatizes the women. I love it. It’s my way of taking revenge and saying, “Go to hell, patriarchy”.

The situation is worse in the rural areas of Nepal. I recently had to go to my husband’s ancestral home in a village a little off Jhapa in Eastern Nepal. At the village, the women can’t sit down to eat with the men. They have to first serve the men and then eat in the kitchen after they are done. And it was always the elder women in the family who would enforce these rules. When a cousin wanted his wife to sit with him for dinner his mother shook her head and told him to “not be silly” and that “she would eat later”.

This would not have been shocking because I knew women in the villages often followed this pattern but it baffled me to see women from my family, who were highly educated, had well paying jobs, and were in no way enforcers of patriarchy, follow suit. They quietly served their husbands, saw to it that they were given second helpings, and then went to eat in the damp and dark kitchen when they were done.

I later asked them why they had given into it and they said it was easier to comply than rebel. Rebelling would result in heated discussions and arguments. It was easier to put up with a meal in the kitchen rather than hear nasty comments that would make their blood boil, they said. Though I could understand what they meant, I also knew I would have rebelled nonetheless. To each their own, I guess. But an irrefutable fact is that women especially married women aren’t treated as equals. And that’s not going to change unless women stop enforcing rules upon other women. 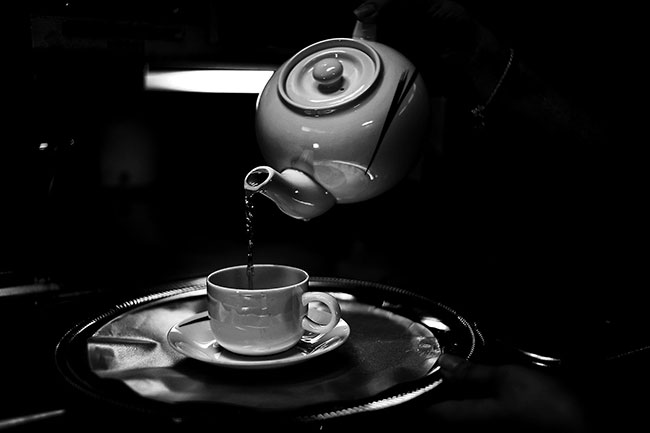 KATHMANDU, May 25: President Bidya Devi Bhandari has said the conscious community should mobilize to take the country ahead towards... Read More...

ACHHAM, Jan 16: With an aim to preserve and promote their culture, various indigenous groups on Tuesday performed shows at Baidyanath... Read More...

8 killed, 7 missing in natural disasters in Ilam
47 minutes ago