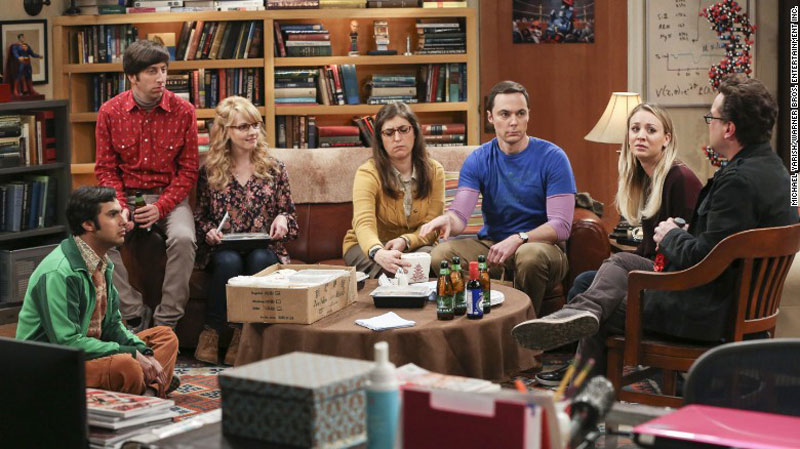 “The Big Bang Theory” just got a big renewal from CBS and Warner Bros. Television.

The top-rated comedy has been renewed for two more seasons, which will take the show through Season 12.

With fewer major network hits, “BBT” could be one of the last series to command such a huge renewal deal, including the vast paydays for its stars, Jim Parsons, Johnny Galecki, Kayley Cuoco, Simon Helberg, and Kunal Nayyar.

For CBS, even losing money on the show offers benefits, since its high ratings provide a platform to try to launch new hits.

“The Big Bang Theory” has been television’s number one comedy in viewers since 2010, according to CBS. This season, the show is averaging 19.40 million viewers and a whopping 5.1 rating in adults 18-49.

The show’s consistently impressive ratings led to a three-season renewal back in 2014.

The new two-year agreement instantly sets the clock ticking for CBS. The pressure is on to come up with a worthy replacement, since there’s reason to doubt the cast will want to continue beyond this newly announced agreement.

In many respects, “The Big Bang Theory” has been a latter-day version of “Friends,” whose six stars also chose to negotiate as a group, increasing their leverage.

Both programs hail from Warner Bros. TV, which has profited handsomely from selling reruns of the shows to syndication — another milestone few current and future sitcoms are likely to repeat.

Like “Friends,” “The Big Bang Theory” also became the anchors of their network’s Thursday lineup, delivering a windfall particularly among movie studios, which pay a premium for ads trumpeting their weekend releases.

CBS has already announced a spinoff for next season, featuring a younger version of Parsons’s character, Sheldon.

The "Big Bang" of Alzheimer’s: Breakthrough study uncovers genesis of the disease

KATMANDU, Dec 15: Nepal Rastra Bank (NRB) has said that transport syndicates has become one of the major challenges for country's... Read More...