The art of tragedy 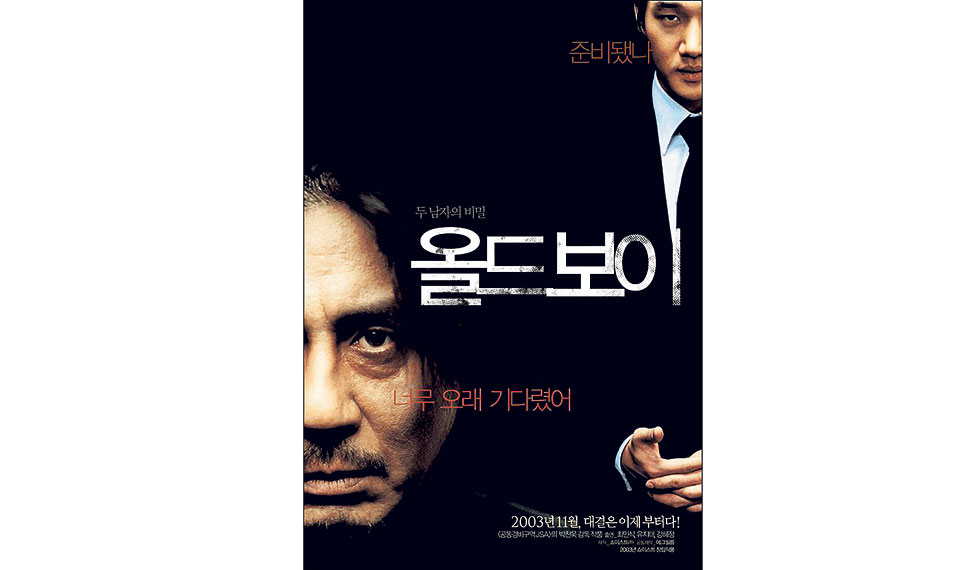 I stumbled across Oldboy at a film related Instagram page (@thpurecinema) and I really liked its plot. An average man, weakened by alcoholism and the hardships in life, is suddenly kidnapped and held at a hotel like prison cell from where he can’t get out. He is trapped in this very cell for 15 years and has no idea why or who did this to him. The administrator of the page had mentioned that this was one of the best foreign films he had watched so far and so I wanted to give it a try.

Little did I know that the film would turn out to be one of the most devastatingly beautiful films I have ever watched. I started watching it thinking it was an average action film like Jason Bourne but in a Korean context but was I wrong. I’m happy yet saddened by the fact that this film was nothing like any other films I’ve watched before. Directed by Park Chan-wook, it’s based on a Japanese manga of the same name and was released in 2003. Though an indie flick, it was the fifth highest-grossing films of 2003.

When the film starts, we meet Oh Dae-su, the “hero” of the story, a good man who seems to have lost his place in life. The first scene starts with him at a police station, wicked drunk and throwing a tantrum like a pathetic fool. He has missed his daughter birthday and is an absolute mess. However, the same night, he is kidnaped and locked in a room, only to be able to escape after 15 years. During those 15 years, he is provided food from a small hole at the door and has no human contact whatsoever. Through a TV, which is now his life, he finds out that is wife was killed and the police suspect him of murder and also that his daughter has been adopted by foreigners.

Somewhere between these 15 years, he decides to get himself together and find and kill the person who has locked him up. The actually mystery starts when the captor himself lets Oh Dae-su go, providing him a suit, phone, and money. After getting out, he meets Mido, a young chef and, with her help, he plans to bring his captor to justice.

At first, the film has an element of a classic action thriller. It reminded me of Liam Neeson looking for his daughter in the movie Taken. But as the story progresses, it grows into a stale tragedy. The film has a dark tone throughout and that’s magnified by the pale, rough backgrounds (from the color of the walls to the characters’ clothes) as well as the emotionless, monotonous narration by Oh Dae-su. The most recurring color is red, not a shiny bright red but a pale, stale and raw red like that of a discolored red wallpaper and dried blood. The film also has a lot of violence but even in non-violent scenes the pale redness of the surrounding makes you feel somewhat uneasy.

The musical score is simply genius. Nothing goes well like a gruesome fight scene with an obnoxiously loud orchestra piece. The fast paced melody helps to build suspense when needed and sometimes the music is completely contrasting the mood of the scene, creating a sort of nervousness, that I’m guessing was what Park intended to do.

I also liked how the director used visual imagery to depict loneliness, as it is a difficult concept to explain in films. Mido associates loneliness with ants as they are readily seen outside of their group and there is a wonderful montage of Mido sitting in an empty subway, her eyes all smudged by crying and on the other side sits a giant ant, alone like Mido. The scene encapsulated Mido’s own loneliness, which could explain why she easily let a complete stranger who claims to have been held captive for 15 years into her home and life.

After the first hour, the film drops almost all preconceived notions we had about it being an action film. The villain (captor) is revealed and Oh Dae-su doesn’t recognize him. Oh Dae-su who seemed to be a badass hero with a plan is shown to be weak and a pawn in the captor’s game.

Another thing I liked about this film was how humanized the hero and the villain were. Both were not always in their game, they both showed frailty at times, and Oh Dae-su turns into a complete mess at the end of the film. Both seem to be guided by guilt and pain and the story soon unravels to be something completely different. It would be a sin for me to spoil it for you but here is a little message: Don’t be a “bonehead” in high school.

Oldboy is masterfully poetic and the script is dramatic yet powerful at the same time. The line “be it a grain of sand or a rock in water, they all sink the same” is repeated throughout the film and echoes the melancholy tone of the entire film. This film is for the strong-minded for it has the power to devastate you, like it did in my case. However, just because it’s devastating doesn’t mean it isn’t powerful and beautifully executed which, let me tell you, it is. The film plays into the rawness and the foolishness of human emotions and the story acts as a medium to portray the message that, beneath all the suits and silverware, we are all just animals.

Coronavirus detected in sewers of Kathmandu Valley
53 minutes ago

Why NCP must not split
5 hours ago

Qatar returnee dies of COVID-19 in Gorkha
7 hours ago