The art of Observation 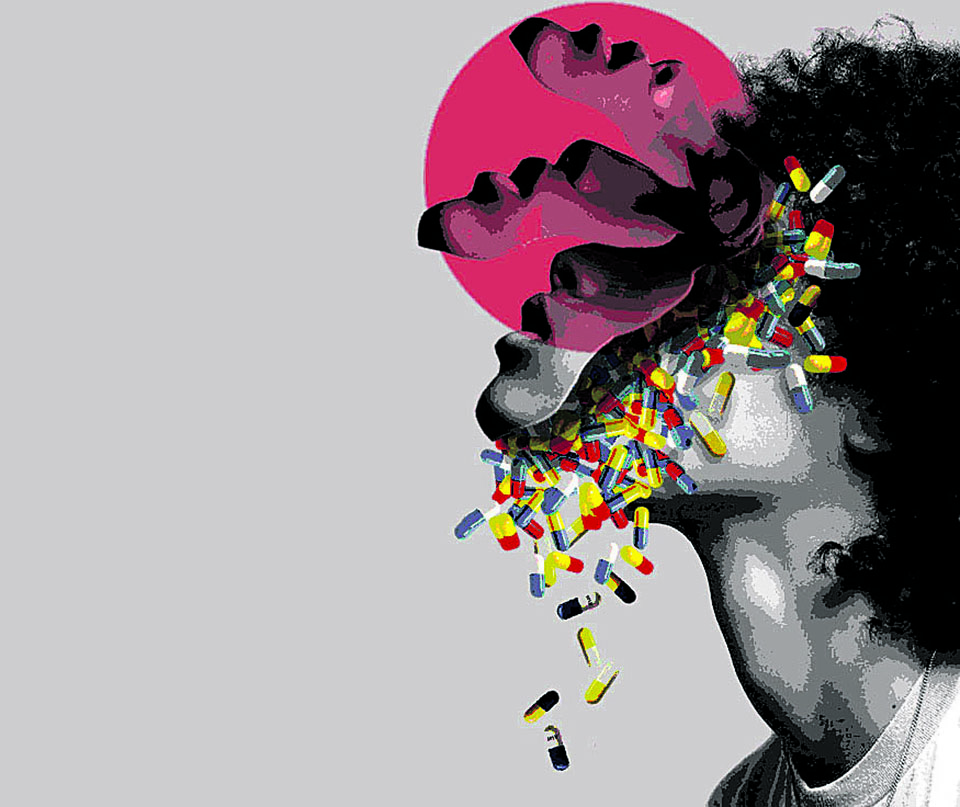 Thanks to social media, anyone with a knack for any particular skill like drawing, dancing, singing etc. can showcase their talent online. This way, many singers get discovered, many artists are commissioned, and many writers appreciated. Anyone can put out their works for others to see but it does take a certain amount of gumption to do so. Olisha Shrestha, a 21-year-old BBA student, is an art enthusiast who isn’t afraid to display her own creations which ranges from graphic illustrations to portraits on her Instagram @kaena_stha.

It was because of her interest in Naruto and other anime that Shrestha took to drawing. As a child, she drew faces of anime characters that she particularly liked and this helped her enhance her skill when it came to putting pencils and colors to work. However, as she grew up, her interest drifted away from anime and she became interested in drawing elements and themes she saw around her. Shrestha claims that she has yet to find a particular type of style in her drawing. Her artworks range from paintings, logos to graphic design and she doesn’t want to conform to one particular medium just yet.

However, her art pieces (be it digital or real) dwell on darker themes like social issues and the struggles of being an adult. Her images portray themes like insecurity, rebellion and anger. Shrestha mostly keeps her hand drawn images black and white with only a hint of color, whereas her illustrations tend to be of a more colorful and fresher perspective.

When it comes to her art, Shrestha says she wants to put herself in someone else’s shoes in order to be able to portray what they are actually feeling. ‘I feel like I can live as someone other than me through my drawings,” she says. For example, a lot of her friends have migraine that causes terrible headaches and is a source of utmost discomfort. Shrestha herself does not have migraine but through observation and explanations given to her by her friends, she has been able to make art that convey how migraine feels like.

Another instance of how her observations played into her creativity is her piece on color discrimination, something she saw in Boudha and in the Nepali society in general. Similarly, she is also drawn to aspects of Nepali culture that makes it so unique, especially the Kumari tradition and that is a recurring theme in her artworks. “Kumaris are revered as goddesses but when they start to menstruate, they are actually stripped off all that glory and many Kumaris have a hard time coping in their later years,” she explains.

Nowadays, Shrestha finds herself more comfortable doing graphic illustrations than other forms of creative medium. “Rather than being called an artist, I want to be known as an illustrator,” she says.  Among her inspirations, she finds Kurt Cobain and Nirvana to be most influential, especially the now iconic baby under water shot for Nirvana’s second album “Nevermind”. She says that the entire feel of the image as well as its aesthetic along with Nirvana’s music showed her how powerful art can be and, since then, she has made it her goal of sorts to create something from within herself as well.

Along with managing her studies, Shrestha also finds time to make at least a few illustrations every week. “When it comes to drawing, I’m scribbling or practicing almost every day,” she reveals. However, Shrestha claims she has a long way to go in order to become a more skilled and a more learned illustrator. She hopes to constantly improve herself in order to become an illustrator whose work is worth exhibiting.

Shrestha, by nature, is an introvert and she confesses that she is reserved and shy around people. That’s perhaps why she lets her creations and illustrations speak for her. “It took me a while to accept my art. In the past, I was too harsh on myself thinking whatever I did was not good enough and it’s only been a while since I’ve trusted myself and truly learnt to let go,” she says. Shrestha’s advice to anyone wanting to showcase their talent but having a hard time believing in themselves or lacking the confidence to do so is to love their creation or skill no matter how bad they think it is. “After all, even a maestro was a beginner once,” she concludes.

The world of Arts

Want to dabble in thangka painting but don’t know where to start? Or do you already have a knack for... Read More...