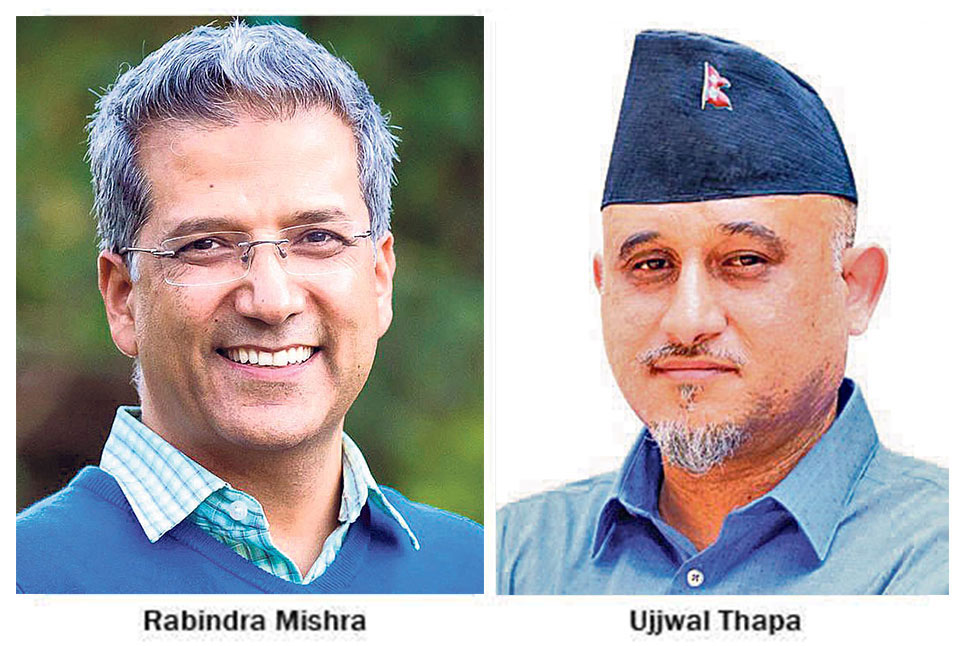 KATHMANDU, Jan 11: The Bibeksheel Sajha Party Nepal (BSPN) on Friday said that it was taken by surprise by the news of some of party's central committee members' abrupt move to register a new party at the Election Commission.

Hours after Ujjwal Thapa-led faction of the BSPN with its sixteen central committee members quit the party and filed an application at the election body to launch the new party, the Rabindra Mishra-led faction blamed that the latest move has seriously hurt the objective of having a strong alternative political force in the country.

"It also has hurt the sentiment of all those youth cadres and voters of the party who have been engaged for long. The history will evaluate this betrayal by Thapa and his co," BSPN Spokesperson Surya Raj Acharya said in a press statement, on behalf of the Mishra-led faction.

Acharya called the move as 'unfortunate' admitting that there had been intra-party differences over objectives, functioning, working style and future course of action of the party.

"Amid such differences inside the party, the central committee meeting was scheduled for January 14 with the intention that Coordinator Ujjwal Thapa and disgruntled central committee members would share their forward-looking thoughts so as to ultimately contributing to keep the party unified and dynamic. It's disappointing that Coordinator Thapa chose not to attend the crucial meeting and went for launching the new party," the statement said expressing dismay over the Thapa faction's decision to register the new party.

In the statement, Acharya has extended best wishes to the Thapa-led faction for its new endeavors.

The statement said that the upcoming central committee meeting to be held next week would expand the central committee and carry out a comprehensive review of political and organizational structure and chalk out the future strategies of the party.

"We are not deviated at all from our goals," the statement said adding that the party is determined to play a leading role in the national politics in coming days.

Even as some of the central committee members quit the party, the party coordinators in district and provincial level are intact with their given responsibilities, according to the statement.

The Mishra-led faction has also urged the active members, campaigners and well-wishers not to deviate from the goals set by the party.

Earlier today afternoon, sixteen out of 38 central committee members in the Bibeksheel Sajha Party Nepal registered an application at the Election Commission seeking to register a new party in the name of Bibeksheel Nepali Dal.

With this, the party has been split a year after it came into existence following the merger between Bibeksheel Nepali founded by Ujjwal Thapa and Sajha Party founded by Rabindra Mishra.

Ahead of the party's Central Committee Meeting slated for January 14, the Central Committee members were divided into two camps led by Rabindra Mishra and Ujjwal Thapa respectively. According to party leaders, BSP Coordinator Mishra was unhappy with a recent report circulated by another coordinator Thapa to all party leaders including CCMs. In his report, Thapa argued that the path chosen by the party a year after the general elections is wrong.

On the other hand, the Thapa-led faction expressed displeasure over the Mishra's monopoly within the party. Amid dispute, Party Coordinator Mishra floated the idea of inducting six new central committee members and dissolving all existing departments of the party.

However, the idea did not go down with the Thapa faction. A majority of the CCMs in the Thapa faction were of the view that the party's review report circulated by Coordinator Thapa should become the prime focus of the discussion during the upcoming CC meeting.

Leader Thapa stated in his report that the party became hostage to narrow policies and decisions. "Many energetic and young members and well-wishers have become totally disappointed and lost their vigor," the report said while lamenting the leadership's inability to accommodate the concerns of the young leaders in the party. Thapa also said that the party has been failing to expand its membership across the country.

Here’s how BSPN faced the split (with full review report)