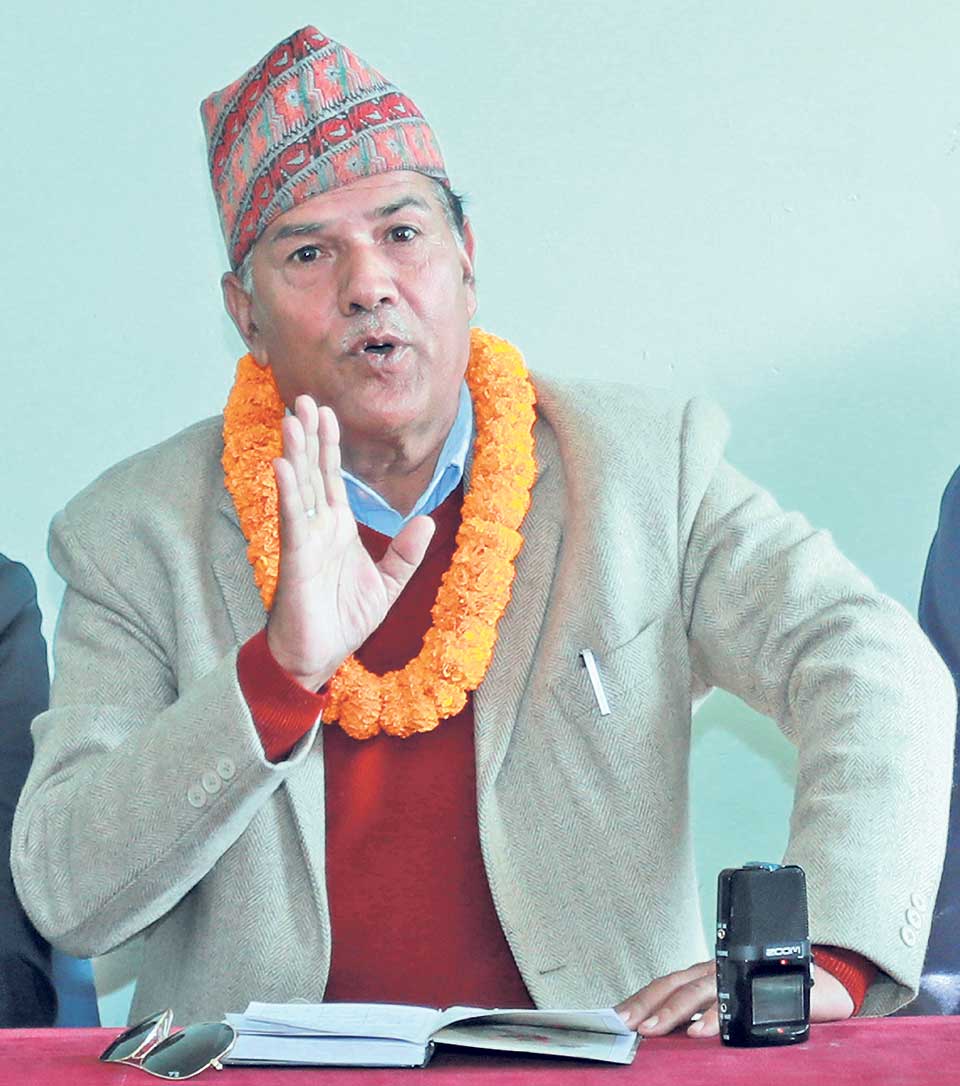 Krishna Thapa announces his candidacy for the All Nepal Football Association (ANFA) presidential race during a press meet in Pokhara on Wednesday. Umesh Pun

POKHARA, Jan 4: Former international football player and coach Krishna Thapa on Wednesday announced his candidacy for the presidential race in the 16th All Nepal Football Association (ANFA) Congress to be held on March 18.

Thapa shared that he decided to announce his candidacy to end irregularities prevalent in Nepali football.

“I have decided to announce my nomination for the post of ANFA president to eliminate irregularities pervasive in Nepali football that I have discerned during my five years playing career,’’ said Thapa at a press meet in Pokhara.

“I will utilize all the experience I have gained during my playing career,’’ he added.

He also claimed that the Nepal’s only football governing body is working under the influence of various external elements.

“ANFA has committed mistakes in various issues such as match-fixing and age fraud,’’ he said adding, “The organization has been weakened also due to financial irregularities.”

He added that his major agenda was to establish football academies in all the seven provinces.

“I’ll lead the organization in a democratic system,’’ Thapa furthered, “I’ll put efforts for the construction of stadiums in all the provinces utilizing the budget allocated for the physical infrastructure development.’’

A-Division league—which has not been organized for the past three years-- will be prioritized, according to Thapa.

According to Thapa, a total of 77 votes will be cast in the convention. A candidate has to score at least 39 votes to secure win.

“I will not buy votes. I will win the election on the basis of my capabilities,’’ said Thapa adding “Football should be kept away from politics, and I will not let it happen during my tenure.’’

He added that he has plans to hunt football talents from every district and committed to help those talents grow in the field.