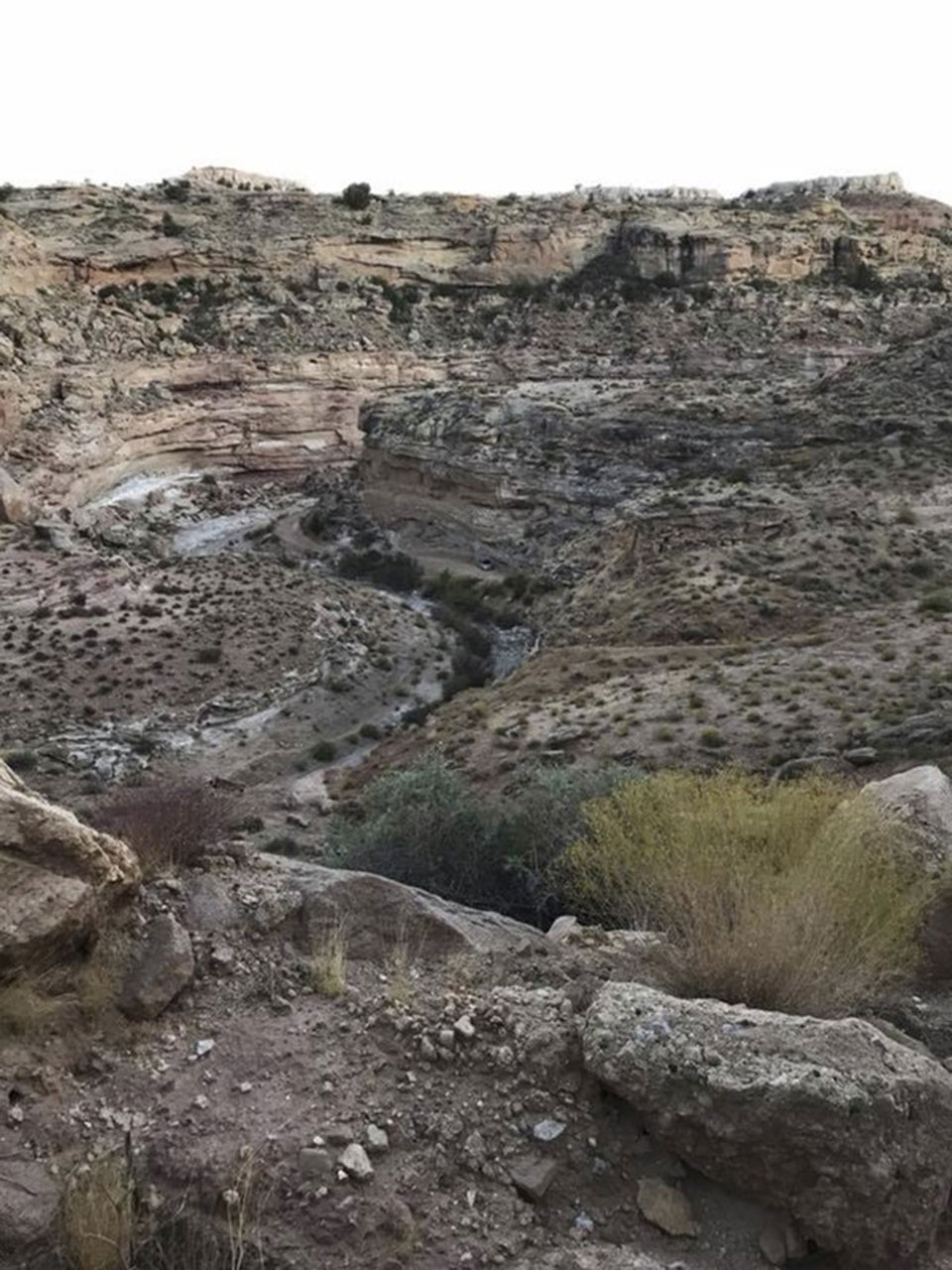 SALT LAKE CITY, Oct 14: A Texas couple who set out for a day trip to Lake Powell while on vacation in southern Utah ended up narrowly surviving six harrowing days stranded on a rocky, desolate dirt road that was impassable in their rental car, authorities said Friday.

Helena Byler, 78, was found lying on the road Oct. 2 by a rancher who happened to be checking on his cattle in the area of the Grand Staircase-Escalante National Monument, Kane County Chief Deputy Alan Alldredge said. She was confused and severely dehydrated.

Search and rescue teams aboard a helicopter found her husband, Gerald Byler, 76, later that day in a trailer he took shelter in after spotting an SOS sign made out of rocks and flowers that was nearby. He was severely dehydrated and unable to move, but could speak with rescuers.

Gerald Byler remained hospitalized Friday in St. George, where he is in good condition in a neuro specialty rehabilitation unit at Dixie Regional Medical Center, said hospital spokeswoman McKoye Mecham. Helena Byler only had to spend one night in the hospital.

The couple from Houston may not have survived one more day in the extremely remote area with no cellphone coverage where it’s normal to go a full week without any cars using the road, Alldredge said. They had hardly any food or water, drinking only from puddles that formed in the ground after rains.

The couple left their motel in a small town of Kanab, Utah, in the morning on Sept. 26 to drive to Lake Powell in a rental sedan and took a rocky dirt road while following directions from a GPS-mapping app, he said. The dirt road that winds through a small canyon has large rocks and 18-inch drops at some points, Alldredge said. The couple turned around when they realized they were on the wrong road, but they couldn’t get out.

Helena Byler said Friday in an interview at the hospital that she sensed they were on the wrong road, but that her husband insisted on continuing, KSL-TV reports.

“I told Gerry, ‘Sweetheart, this doesn’t sound right.’ And he said, ‘No it’s OK’ ... He wanted to continue. See, us women know better,” she said, chuckling.

After popping a tire and getting stuck, they realized the GPS app was leading them to Lake Powell trail, not the lake, Helena Byler said. They started walking back on the road and spent the first night in the open as it rained and lightning struck nearby, she said.

The next morning, Gerald Byler couldn’t go on, his leg hurting too much, so she set out to get help.

“We had to do something about it, so when the GPS said 16 miles, I said, ’I can do 16 miles,” Helena Byler said. “I guessed I would do what I saw on the History Channel, drinking your own urine.”

Helena Byler kept walking to get help, but she didn’t see anyone until five days later when the rancher found her.

She told rescuers that she had talked to dispatchers on the phone, saw a helicopter coming to rescue her husband and was in granite building and talking to other people — all of which authorities believe were hallucinations triggered by her lack of food and water. Investigators believe she may have even spent a couple of days in a trailer nearby the one her husband was found in without knowing he was nearby.

Gerald Byler said there was no heat or water in the trailer, but that he was protected from the wind. He said he hung his towel on the side of the fence in hopes that would let someone know he needed help because he has heard people told to do that in the Houston floods.

He said he won’t let the experience stop him from returning to Utah, but quipped: “But I’ll do a little more planning next time.”

The best route to Lake Powell from Kanab is on established highways, but it’s not the first time tourists have gotten stuck on treacherous dirt roads that their GPS mapping apps thought would be shortcuts, Alldredge said. He said his agency frequently rescues tourists stuck on dirt roads.

“GPS apps are great. But out here in rural Utah, they sometimes get you in trouble,” Alldredge said.

Woman unconscious for five days after being beaten by husband

BARDIYA, May 27: A woman has been lying unconscious at a hospital in Kohalpur since five days after being beaten black... Read More...