Tension flares up after Nepalis assaulted in Indian market 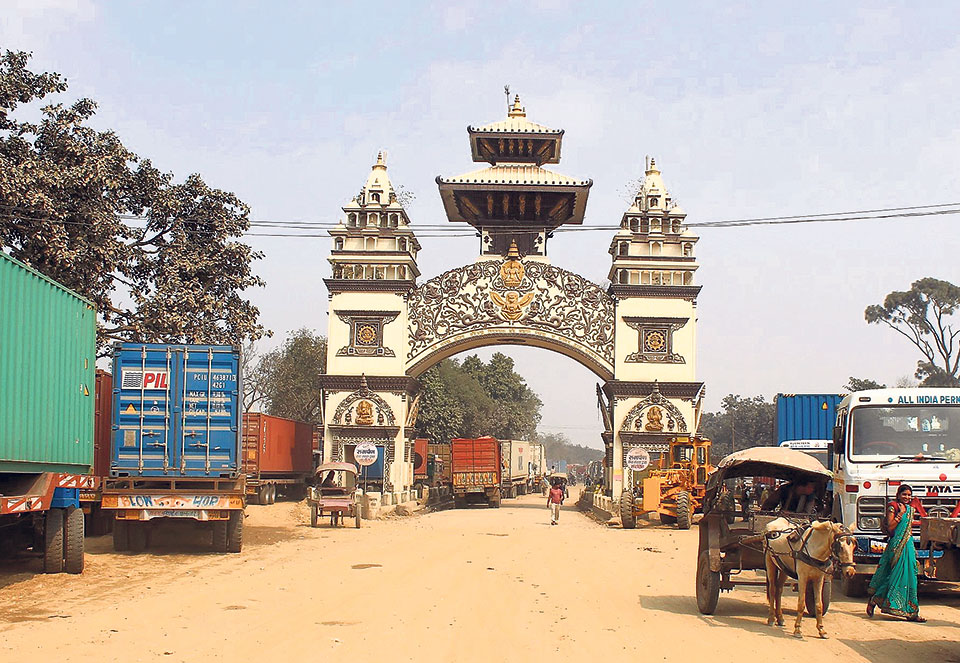 BIRGUNJ, May 17: Tensions have flared up along the Nepal-India border in western Thori of Birgunj, Parsa; the district in state 2, after an incident in which Nepalis being subjected to physical assault at the hands of Indians was made public.

According to the Area Police Office, Thori, a group of Indians had a plan to take a view of a suspension bridge at Thori. They reportedly lost their way towards the site and asked local Rabi Saha, 33, but were ‘misinformed'.

A grandma of the same locality showed them the right and relatively shorter route to the site. But the group took the issue for animosity and physically assaulted the Thori folks who had been in the local Bhikhana Thori market indiscriminately out of revenge. The incident happened Thursday. Five Nepali were injured in the attack.

Tensions have gripped the area after the incident came to light. Any Nepali whoever either male or female reaching the Indian market had come under the physical assault by Indians who had used thick bamboo sticks to attack the Nepali, said Area Police Office Thori’s Police Inspector Kedar Raj Panta. The office has sought the help from the Indian Sahordarawa Police for action against the perpetrators.

Inspector Panta, Armed Police Border Out-post Thori’s inspector Amar Bahadur BK reached Bhikhanapuri to rescue the Nepalis. The Seema Suraksha Bal ( border security force) of India helped the Nepali security force escort the victims back to home. Five people including Bishnu Bista of Thori rural municipality-2; 53-year-old Kamal Khawas of Sundarbasti; 21-yer-old Sadiksha Panta and 12-year-old Sushma Panta of Ichhyanagar; among others were injured due to the beating by the Indians. Bishnu Bista who has sustained head injuries in the assault has been taken to Narayangadh for advanced treatment.

When asked over the phone regarding the incident, police sub-inspector Dhananjaya Kumar at Sahodarawa Station based at Bhikhana Thori said a search is on for finding the culprits who are absconding. The victims filed complaint at the Shubhadra Thana (police station) based in Bhikhana Thori, India demanding action against the group involved in the assault. Following this, the officials of the Indian Seema Surakshya Bal (SSB), Subhadra station have been holding discussion with the Nepali security forces regarding the incident.

The security officials of both Nepal and India are conscious so that no any untoward incident takes place between the people of both countries over the incident. Farook succumbs to bullet injuries Meanwhile in a separate incident that took place at Jirabhawanipur rural municipality-1 of Parsa district, 38-year-old Shekh Sheramuddin shot at his older brother Shekh Farook, 48 at 7.45 pm on Thursday over a domestic dispute.

Farook, who was fatally injured in the shooting, died on the way while being takento Birgunj for treatment, police said. Police have arrested Sheramuddin along with the country-made pistol and forwarded him to the DistrictPolice Office, Parsa for necessary action.   RSS