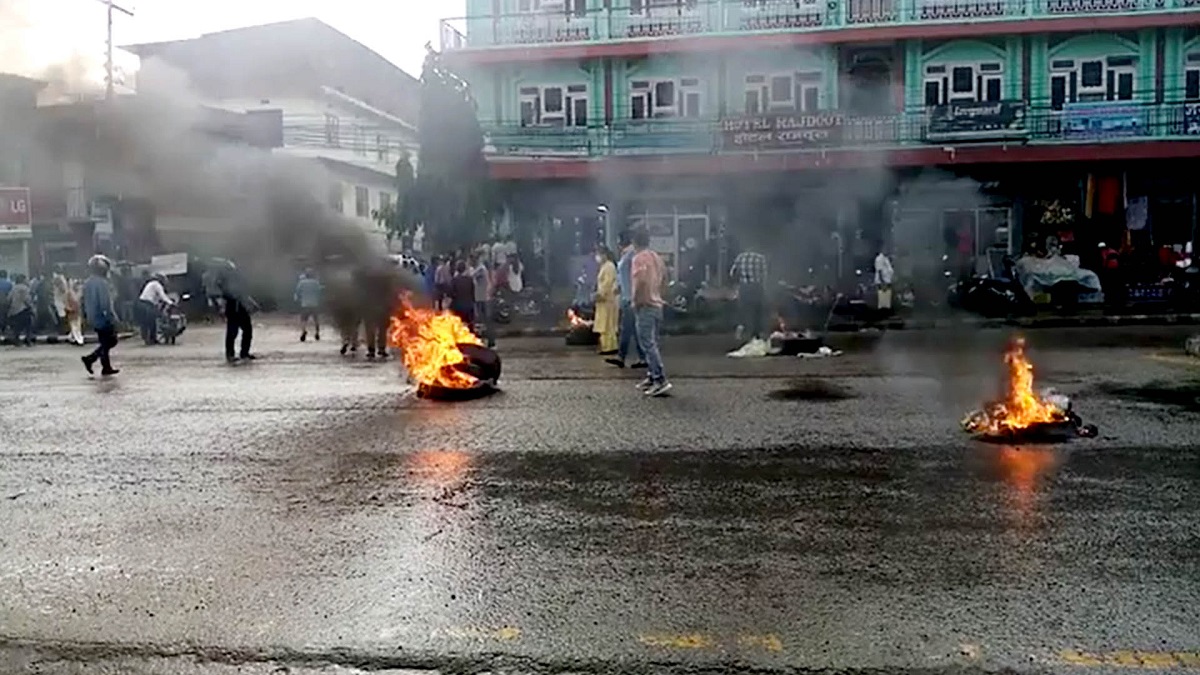 BUTWAL, Oct 2: The main opposition party Nepali Congress (NC) has launched protests in Butwal following the decision of the Province 5 Cabinet to pick Deukhuri of Dang as the permanent capital of the province.

As NC, Rupandehi asked its cadres to launch a strong protest against the decision, a number of youths and students affiliated to Nepal Tarun Dal and Nepal Students’ Union took to the streets of the province's temporary capital, Butwal, on Friday afternoon.

President of NC, Rupandehi, Abdul Razzak, issuing a statement shortly after the Province 5 Cabinet decision, accused the ruling Nepal Communist Party (NCP) of imposing the “vested interests” by naming Dang as the provincial capital and bypassing the decision of NC President Sher Bahadur Deuba-led government to pick Butwal as the capital after an extensive study.

NC also appealed to the party fraternity and general public to join the protests so as to exert pressure on the government to retract its decision.

Provincial Minister for Internal Affairs and Law, Kul Prasad KC, on Friday,  tabled the proposal to name the province as Lumbini and Deukhuri of Dang as its capital at the Provincial Assembly for endorsement.

Youths affiliated to the youth and student wings of the NC staged demonstrations at various places of Butwal including Traffic Chowk, Milan Chowk, Buspark, and Hospital Line. They burnt tyres and chanted slogans against the province government. The protestors also vandalized six government vehicles. The NC cadres also took to the streets at Manigram of Tilottama Municipality, and major squares of Saina Maina and Devdaha municipalities.