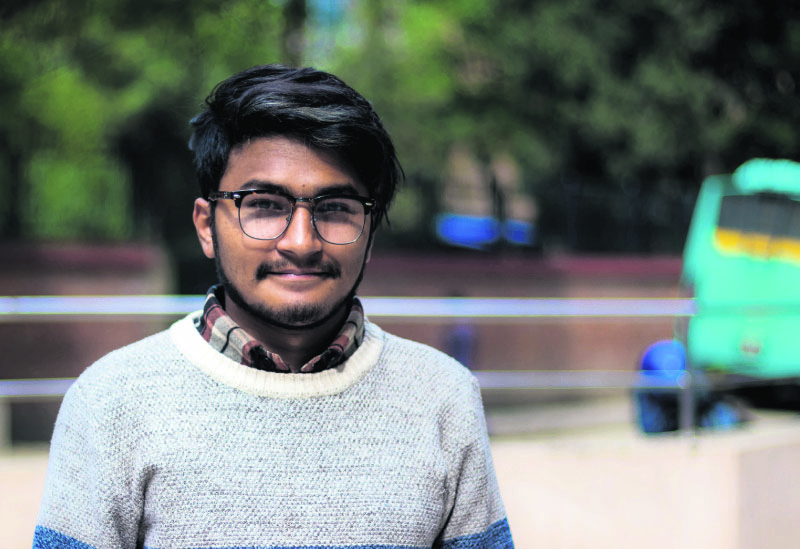 Aneel Neupane’s journey in filmmaking began in 2011 when he dropped out of college to pursue a career in photography. He had a well paying job at a fashion magazine in Mumbai until a friend, who had recently graduated from film school, persuaded him to return to Nepal and start Jazz Productions. Since then he has been involved in filmmaking and production and directed short movies like “BOB” and “Social (2016)”. He is currently the CEO, writer, and director at Jazz Productions Nepal.

Prasansha Rimal caught up with Neupane to talk about the charm and challenges of making a short film.

What are things one needs to keep in mind while making a short film?

There are many factors that affect the quality of a short film. It all depends on the type of short film you are making. There are two kinds of short films – one where the entire story is compressed and presented within a limited time and another where the movie is made out of a piece of narrative from the whole story.

If you want to make a short film that falls in the former category then it would be better to think carefully about the time frame but if the objective is to make a short film of the latter category, then the individual needs to be wise in choosing a part of the story that delivers the message of the whole story. Then, you also have to work on the budget and your team.

How do you come up with an idea for a short film?

Mostly I get inspiration from watching movies because I don’t read a lot of books. I usually watch a movie or an episode of a TV series before going to bed every night. There is a lot I get to learn by watching other filmmaker’s works.

What are the challenges of making a short film?

The main problem is with the budget because you can’t really sell a short film. Short film is usually made because it’s the director’s hobby. You can’t really go to a producer and say that you have a script and want to make a short movie because no one wants to put money on something that doesn’t give guaranteed returns. Lack of budget invites another problem as well. When you don’t have enough money, you won’t have a team of professionals working for you. You will need to do everything by yourself or will have to ask for favors with friends and family. Also while making a short film, you will need to be able to tell the gist of the whole story within a short time and that is a challenging thing to do.

What do you think needs to be done to take Nepali short films to international film festivals?

It’s simple. We need to bring out more meaningful stories. Currently, there are only a few people who are bringing out good stories and telling these stories effectively. I believe there are two things we can do to attract the attention of international audience towards Nepali short films. We can show our culture and bring out stories about rural Nepal because it’s always interesting to learn about foreign cultures or we need to make films that meet international standards. Since the latter is a bit difficult at the moment, our best bet is the former option.

How has short filmmaking changed over the years?

While the new generation of filmmakers wants to experiment and there are many individuals who are interested in telling stories, we lack the facilities and the platform to produce a good quality short film. It’s like short films aren’t considered films yet.

Does making a short film equip you with skills to make a full-length feature film?

I believe it does but it also depends upon the filmmaker. You have to be dedicated and be willing to do the required research to know your subject and characters, and that’s true irrespective of whether you are making a short film or a feature film. The problem is that many budding filmmakers don’t take short films seriously themselves which is why making a feature film seems like a herculean task even when they have made many short films.

We all love a good story. Which is probably why we are so fascinated by myths and legends. Our cultures... Read More...

The battle in Mahabharat began and ended each day with the blowing of Panchjanya by Lord Krishna. ... Read More...