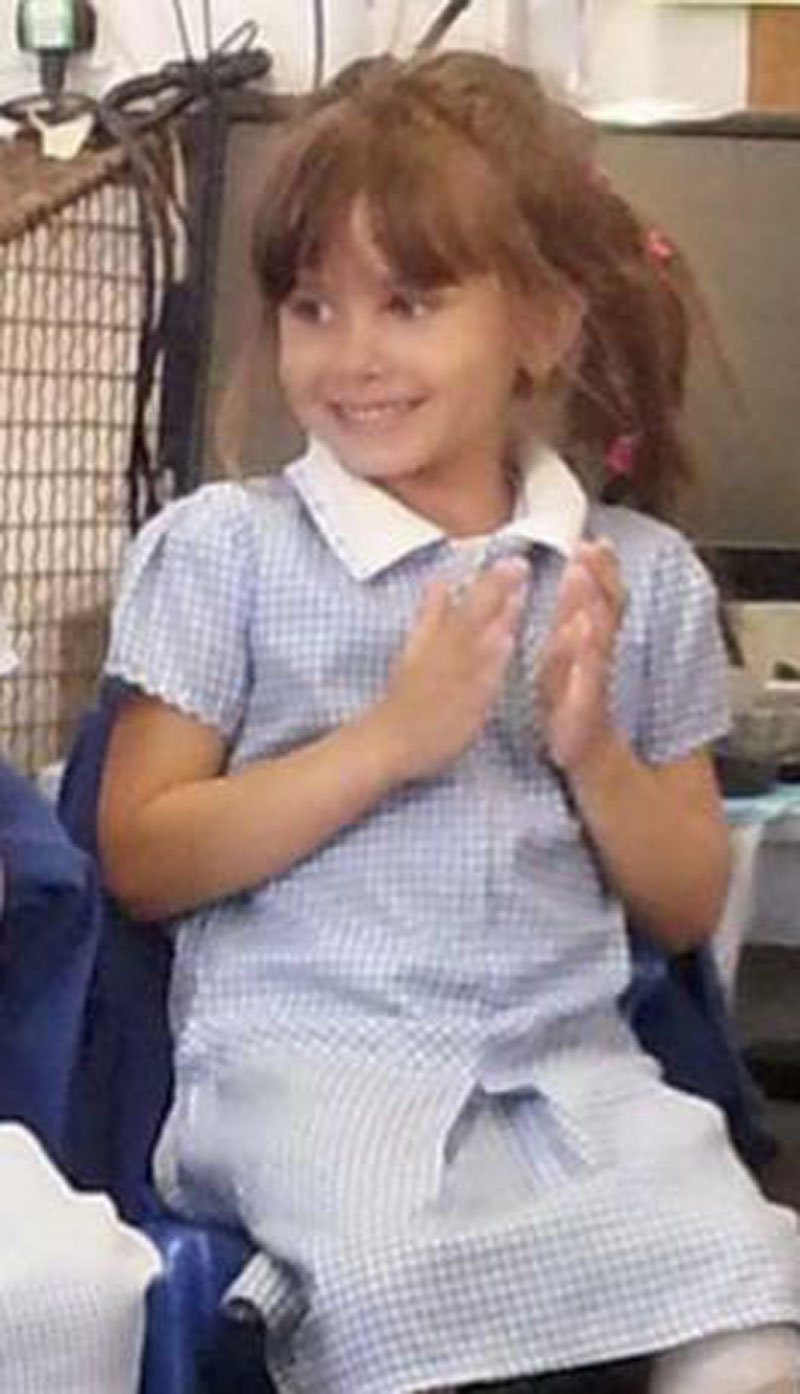 7 year old Katie Rough who was murdered near her home in York is seen in an undated image handed out by North Yorkshire Police, in Britain. Reuters

A 15-year-old girl appeared in court on Wednesday accused of murdering a 7-year-old girl in the northern English town of York, a case that shocked the nation and drew expressions of sympathy in parliament.

The suspect, who cannot be named because she is a minor, is charged with murder and possession of an offensive weapon, North Yorkshire Police said.

Police had earlier named the victim as Katie Rough and released a picture of a smiling girl in a light blue school uniform dress, clapping her hands.

After an eight-minute appearance at York Magistrates Court during which she did not speak, the suspect was remanded in custody in secure accommodation, local media reported. She is due to appear on Friday before Leeds Crown Court, which handles serious crimes.

Officers were called on Monday afternoon to an address in the Woodthorpe area of York, and said they found Katie with life-threatening injuries at a scene nearby. She was taken to hospital but died shortly after arriving there.

Local media reported she was found on a path leading to a playing field, and published pictures of a wooded area with a white forensics tent and a police cordon.

Reports said flowers and cards had been placed near the field and television footage showed distraught residents crying at the scene.

In parliament, where Prime Minister Theresa May was appearing for a weekly questions session, opposition leader Jeremy Corbyn expressed condolences to Katie's family.

May responded: "I join (Corbyn) in expressing condolences to the family and friends of little Katie who died so tragically."

It is unusual for any comment to be made in parliament about a criminal case when a trial is pending.

BIRSTALL, England, June 18: British police on Saturday charged a reclusive gardener with murder and other offenses in the slaying... Read More...