Technology has made media effective in its role as watchdog 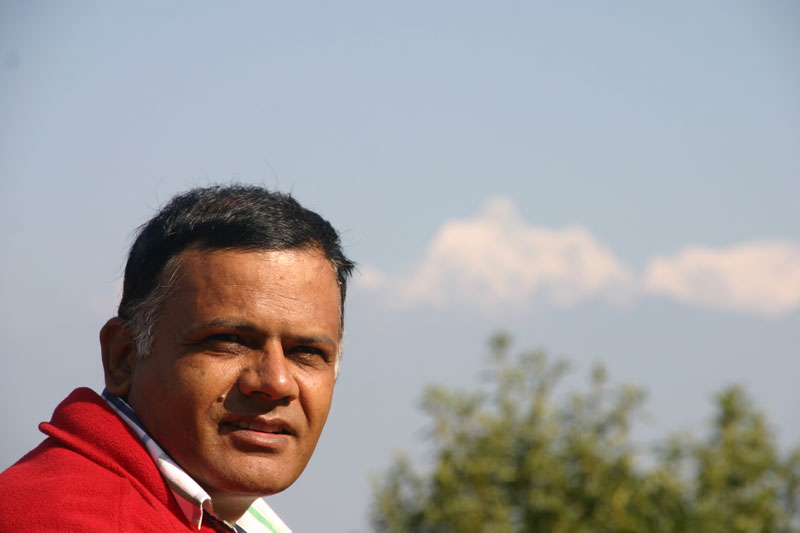 One of the renowned figures in the field of Investigative Journalism, Mohan Mainali is the editor of South Asia Check South which is an independent, non-profit initiative by Panos South Asia that aims to promote accuracy and accountability in public debate. Being a travel writer and journalist, Mainali has so far visited 68 districts of Nepal and has published three books. Of them, “Mantha Darayeko Jug” was awarded the Padmashree Samman in 2015.
Republica’s Sonam Lama caught up with Mainali to talk about his experiences and challenges he faced in his career. Excerpts:

How has your journey been so far?
I have been engaged in the field of journalism for 28 years now. I initiated my journey as a reporter for a Nepali newspaper called “Dainik Samaj”. Then, I worked for a television, also simultaneously working as an executive producer for Nepal’s first video magazine named “Aankhi Jhyal”. Later, I worked as a director for the Department of Investigative journalism for three years, and eventually worked for Gemini News -- a London-based feature syndicate. Along with all these associations with media outlets, I managed to had three books published which is the outcome of my travel to remote areas of Nepal.

What were the setbacks on your journey?
Maintaining a balance between knowledge and skills was quite a challenging work. Since I had initiated my journey working for the print media, I was fully acquainted with the skills that were required to become a credible writer. However, it was a completely new experience working for the broadcast media. So I had to pay attention to the contextual and technical details learning as an amateur. Moreover, since Gemini news was an international feature syndicate, it required me to be linguistically proficient in both English and Nepali languages which was yet an unfamiliar journey to start with.

In what ways has the media sector grown over the past two decades?
The media industry has flourished over the period. Many casualties have occurred in the past due to the media’s inability to perform their roles of disseminating the news and provide updates to the affected people. However, with technological advancement, media have now been able to effectively play the role of watchdog. We can also see significant improvements on research and content development fronts.

What advice would you give to the young people seeking a media career?
In my opinion, knowledge and skills are the prerequisite to excel in every work that you take up. Therefore, I firmly believe the media sector is an outstanding platform to get you acquainted with the skills. It is a diversified profession, and suits someone who is keen to explore and venture out on own journey. Since media provides a broadened platform, there are ample exposures to opportunities. Moreover, upgrading the level of learning and research, it has been able to change the face of the society.

KATHMANDU, Jan 30: Prime Minister Pushpa Kamal Dahal has appealed to the media to play a supportive and positive role in... Read More...