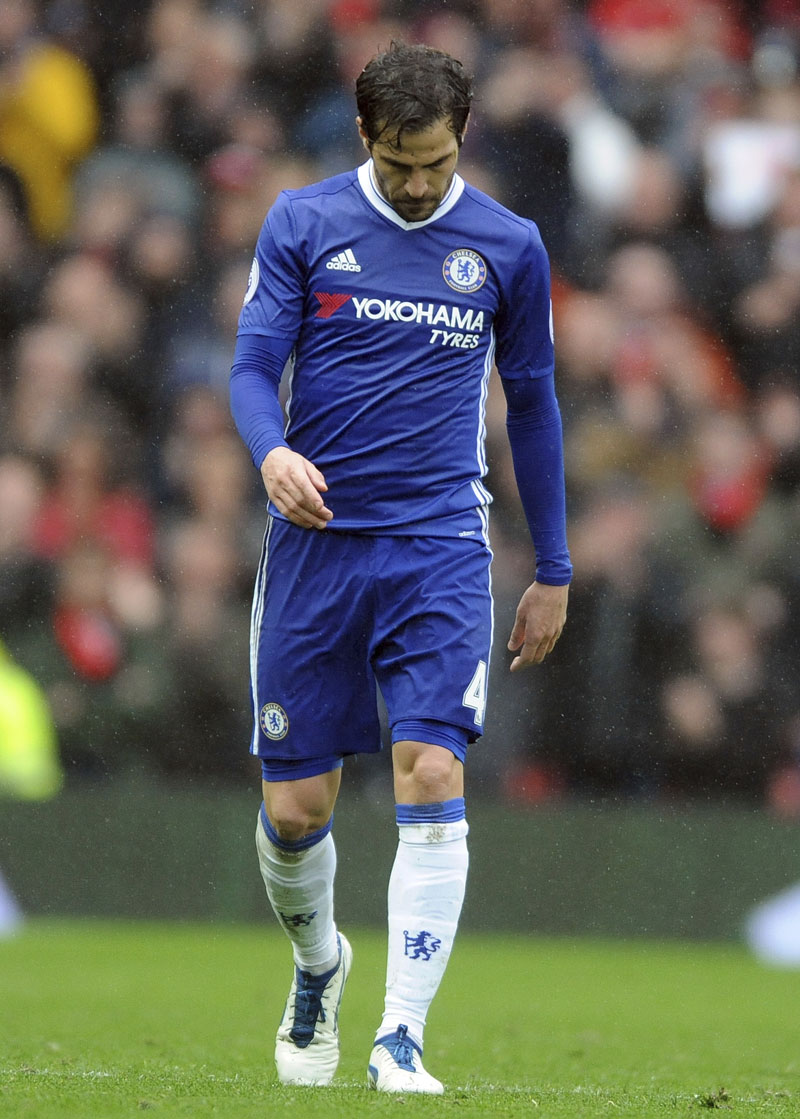 LONDON, May 9: As Cesc Fabregas composed Chelsea's march to the brink of the English Premier League title, it was hard to believe the midfielder was making just his 11th start of the campaign on Monday.

Assists for Diego Costa and Nemanja Matic goals during the 3-0 win over Middlesbrough punctuated his masterful display, but it was only the absence of consensus player of the season N'Golo Kante that afforded Fabregas his opportunity.

On the field, his four goals and 11 assists are evidence of the creative spark he's provided during his 15 substitute appearances for the first-choice duo of Kante and Matic, but equally important has been his impact when not playing.

As one of the highest-profile players to fall out of Chelsea manager Antonio Conte's starting lineup earlier in the season, Fabregas has maintained an exemplary attitude throughout, while remaining ready to contribute at every opportunity.

"Cesc is one of the best examples of our season because at the start he didn't play a lot, and then through hard work he improved a lot and then he's playing in every game," Conte said.

"Cesc is showing to be a fantastic player and I'm pleased for him because I've seen this season that he puts himself in this team in every moment, if he played or if he didn't play, and now he deserves this."

Monday was Fabregas' moment in the spotlight as Chelsea blew away Middlesbrough. His precise passing set the Blues on their way to creating an opportunity to win the league on Friday at West Brom. He's the first player in league history to have more than 10 assists in six separate seasons, four of which came earlier in his career with Arsenal.

Such was the number of opportunities Fabregas gifted to his teammates during the first half that injured Chelsea striker Michy Batshuayi tweeted "Cesc is like Santa on a pitch."

MANCHESTER, Dec 15: Used sparingly by Chelsea during its long run of victories, Cesc Fabregas is providing significant reminders of his enduring... Read More...