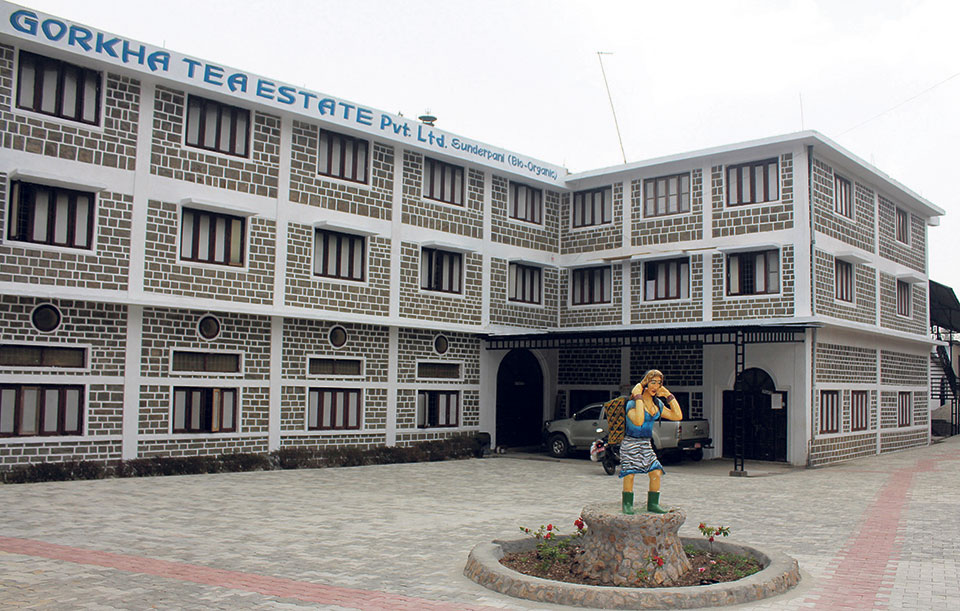 ILAM, Sept 25: Tea industrialists of eastern Nepal have reiterated that they would not be able to implement new wage structure fixed by the government.

They have sent a delegation to Kathmandu to put pressure on the concerned government officials for making amendment to the Labor Act 2017 and Labor Regulation 2018. Tea industrialists have also threatened that they would rather quit the business than implement provisions of the new act and regulation.

Representatives of Triveni Shangai Group, Himalayan Orthodox Tea Producers Association (HOTPA), Nepal Planters Tea Association as well as other tea entrepreneurs have submitted a memorandum to the Office of the Prime Minister and the Council of Ministers; Ministry of Labor, Employment and Social Security; and Ministry of Agriculture and Livestock Development, demanding rollback of the decision to raise pay for tea workers. They have claimed that the government took the decision without holding any discussion with them.

Although the new law is supposed to be implemented from mid-July, unsatisfied industrialists have refused to implement it. Meanwhile, trade unions of tea workers are putting pressure on industries to implement the new wage structure.

Officials of Triveni Shangai Group, which has taken government-owned tea gardens in Jhapa and Ilam on lease, said that it will return the gardens to the government if the labor act and regulations are not amended. "The government keeps increasing wages and facilities of workers time and again. It does not feel it necessary to hold discussion with us," Subash Shangai of Triveni Shangai Group told Republica. "If the laws are amended, we won't manage government-owned gardens."

The group has taken the government-owned tea gardens in Kanyam, Soktim and Chilimkot of Ilam, and Tokala and Baradasi tea gardens of Jhapa on lease since 2000. It has taken 65 percent of the government shares in the gardens, agreeing to pay rent of Rs 4 million annually.

"We have suffered cumulative loss of Rs 80 million to Rs 100 million since we took over management of the government tea gardens. If we are to raise wage and facilities of tea workers, there will be no alternative for us but to return gardens to the government," Shangai added.

Meanwhile, tea workers say that the group had not implemented the decision to raise their pay earlier also. Other tea gardens, however, had implemented the previous pay hike announced by the government.

The government, on August 16, increased monthly wage of tea workers to Rs 10,781, including monthly allowance of Rs 4,312. Similarly, daily wage of workers has now been fixed at Rs 385 (Rs 51 per hour). Publishing a notice in the Gazette, the government had said that new pay structure will come into effect from the first day of the new fiscal year i.e. July 17.

Uday Chapagain, former president of HOTPA said, hike in wage of workers was necessary, considering factors like inflation, among others. "But the government should also listen to our woes. It should have studied whether tea industries are in a position to implement the new pay structure," he said, urging the government to provide subsidy to industries or amend the labor act and regulation.

The Act also states that workers are entitled to receive a festival allowance equivalent to one month salary and provident fund, among others.

JHAPA, Dec 10: An elderly woman was raped and strangled to death at Mechinagar Municipality-13 in Jhapa district. ... Read More...