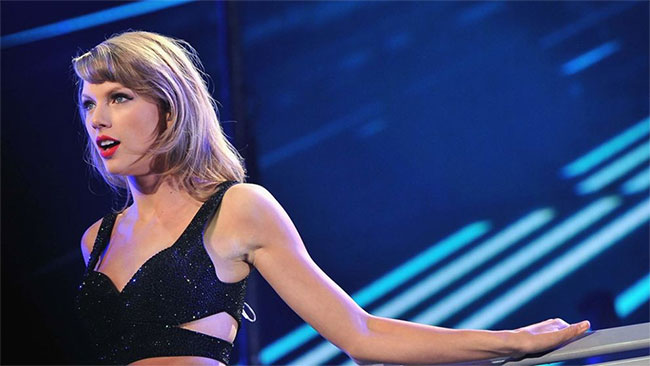 LOS ANGELES, Nov 13: A piece of court-sealed evidence in singer Taylor Swift's sexual assault lawsuit against a Colorado DJ has been leaked.

The photo, published by TMZ, shows the singer standing in between DJ David Mueller and another woman during the 2013 fan meet-and-greet after which she alleged that Mueller groped her.

Swift posed with both arms behind either individual while Mueller's right hand is placed behind her back, reports eonline.com.

In late October, a judge granted Swift the right to seal one of the photos in evidence from the public's viewing until the case goes to trial. However, Swift was denied a request to withhold any other evidence, including a deposition she gave in July.

Eonline.com obtained the documents, as well as a transcript of the "Shake it off" hitmaker's videotaped deposition, describing details of the alleged incident.

"Right as the moment came for us to pose for the photo, he took his hand and put it up my dress and grabbed onto my a** cheek and no matter how much I scooted over, it was still there," she recalled.

"It was completely intentional, I've never been so sure of anything in my life."

Swift, 26, said she remembered "feeling violated in a way I had never experienced before" and was "stunned" at the situation.

In his deposition, he described: "Well, before the photo was taken is when I saw him go to put his arm around her and him lift up her skirt. She reacted, pushed her skirt down, and jumped to the side and went closer to the girl that was with him."

Mueller has maintained his innocence, filing a lawsuit against Swift in October 2015 that claimed he was fired from his job over the "false accusations" that he groped her.

Swift filed a counter suit against Mueller for assault and battery.

In documents obtained by eonline.com, the Grammy winner demanded a jury trial and promised that any money won from the trial would benefit charitable organisations "protecting women from similar acts of sexual assault and personal disregard".

Singer Taylor Swift won her trial against a Colorado radio personality on Monday after a jury found that the former... Read More...

Myagdi district is self-sufficient in oxygen
21 hours ago

COVID-19 spreads to rural India, villages ill-equipped to fight it
21 hours ago