Tax avoidance on the rise in Kailali 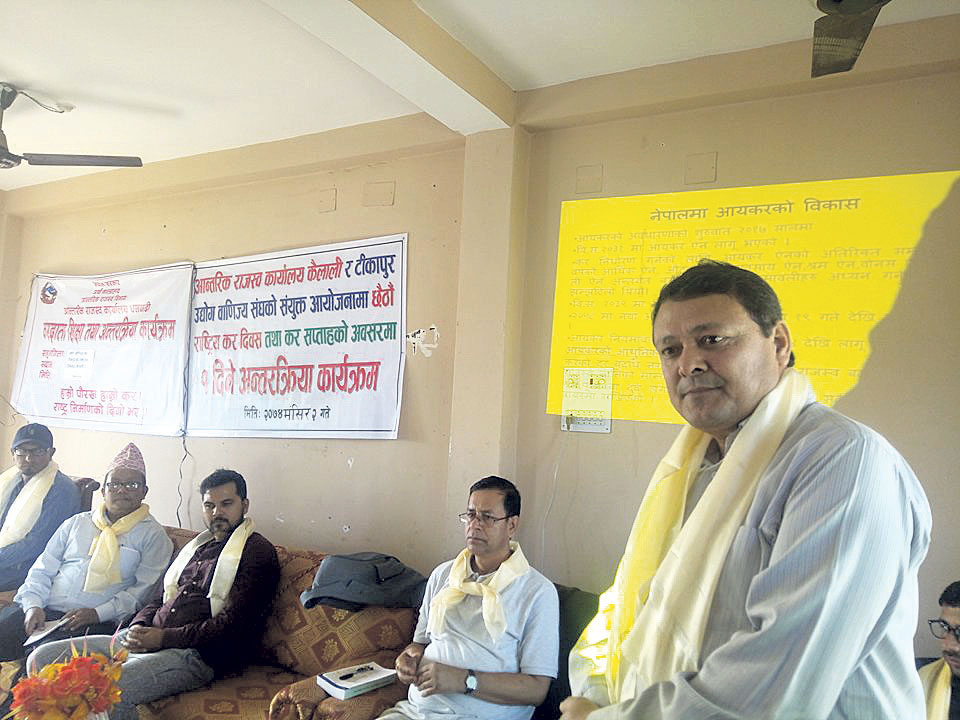 TIKAPUR, Nov 20: Thousands of individuals and businesses in Kailali district are not paying taxes regularly, according to Inland Revenue Office (IRO), Dhangadhi.

Though around 38,000 businesses have received Permanent Account Number (PAN) from the office, only around 24,000 have furnished their income details. This means around 14,000 traders and businesspersons are not paying taxes.

Speaking at a program organized on the occasion of 6th National Tax Day, Krishna Bahadur Bohara, chief tax officer of IRO Dhangadhi, expressed dissatisfaction over the growing trend of tax avoidance. The program was organized jointly by IRO Dhangadhi and Tikapur Chamber of Commerce and Industries (TCCI).

“Around 14,000 traders and businessmen are not paying taxes regularly. If their business is not functioning, they should scrap their PAN. But they cannot avoid taxes,” Bohara added.

He also said that many traders and businessmen were not maintaining their accounts regularly, and not verifying their sale and purchase books.

Bohara also reminded traders that they cannot sell food products and tobacco and well as liquors from the same shop. “Everyone should abide by the government rules and regulations,” he added.

Officials of IRO Dhangadhi said that they would hold interactions in parts of the district to encourage traders, cooperatives and construction entrepreneurs for tax compliance. The office plans to honor best taxpayers in the district on Thursday during a ceremony that would be organized to mark conclusion of the Tax Week.

Inland Revenue Department (IRD) and its units all over the country have been celebrating the first week of Nepali month of Mangsir as Tax Week since 2012/13.