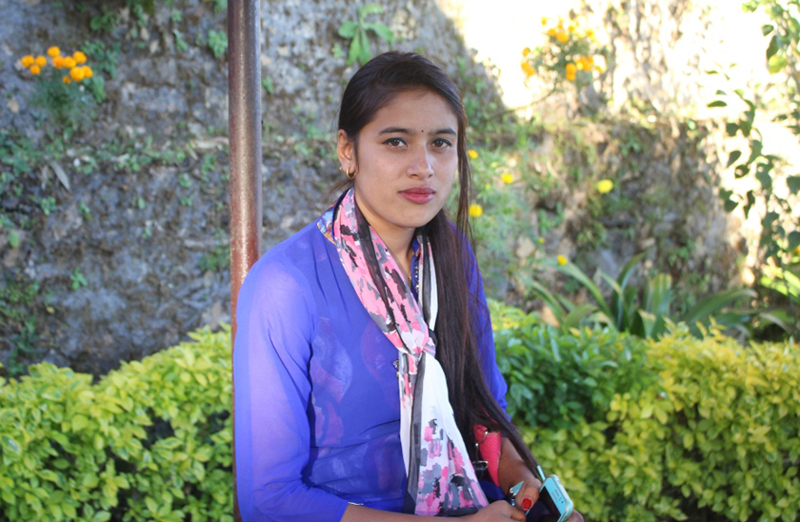 GORKHA, Nov 11: ‘Tarkariwali’ Kusum Shrestha has rejected the offer to play in the Nepali movie Lamphu. Shrestha who became famous on the Internet after her picture went viral online has said that she decided not to do any movie right now as suggested by her well wishers on the social media.

She also said that she will think about doing movies only after completing her higher studies. “This is the time for my education. So, I will study first. After that, I will think about accepting movie offers,” she told Republica Online. She, however, said that she is interested in the film industry. “But right now, nothing is more important for me than my education,” she said.

Earlier, when she was offered a role in the upcoming Nepali movies, Lamphu, she had said she was interested and would decide after consulting her family.

Producer of Lamphu, Shaktiballav Ghorasaini had arrived in Fishling bazaar to meet Shrestha and offer her the role in his movie. “We offered her a role in our movie. But she said she would like to complete her education first,” Ghoraisaini told Republica Online, “We will support her Grade 12 education and also her BBS studies. She doesn’t have to do our movie for that.”

After Shrestha rejected her offer politely, he said, “It’s appropriate for her to accept the suggestions of her fans and well wishers because it’s them who made her famous.”

Along with producer Ghorasaini, director of the movie Gopal Chandra Lamichhane , too, had come to Fishling bazaar to meet Shrestha . “We will support her education even if she has rejected our offer,” he said, adding that his team was not only making movies but also engaged in social work.

‘Tarkariwali’ gets offer to work in a movie

KATHMANDU, Nov 4: Nepal’s new Internet sensation Kusum Shrestha aka the ‘Tarkariwali’ has been offered a role in a movie. Popular... Read More...