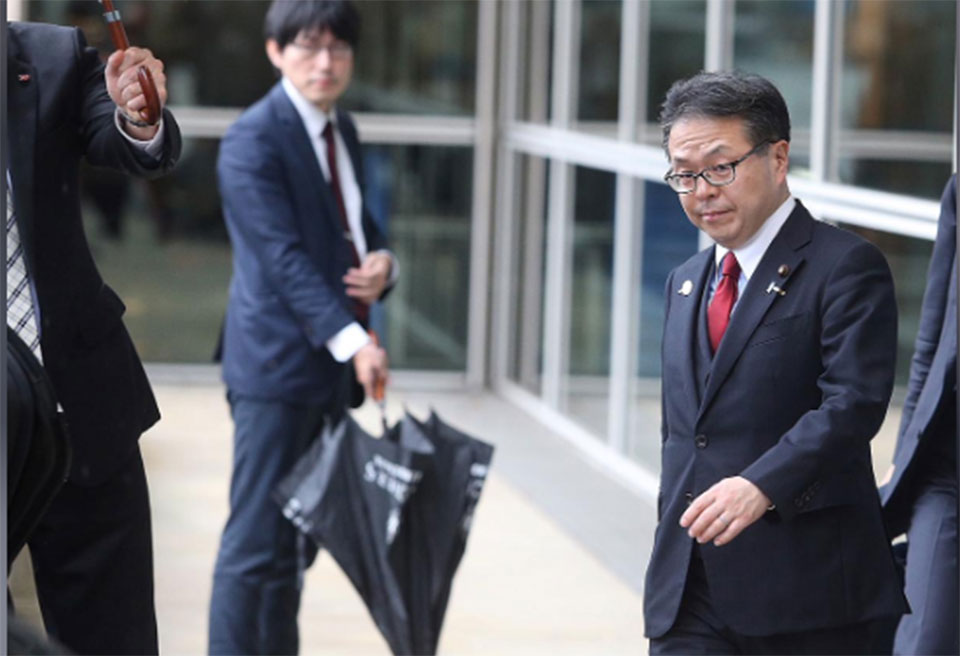 TOKYO, June 14: Japan’s industry minister, Hiroshige Seko, said on Friday an attack on two tankers in the Gulf of Oman this week will be discussed at a meeting of G20 energy and environment ministers this weekend.

The ministerial meeting of the Group of 20 major economies will be held in Karuizawa, northwest of Tokyo, in the run up to the G20 summit to be held in Osaka, western Japan, on June 28-29.

Two tankers, one operated by a Japanese shipping company, were attacked in the Gulf on Thursday. The United States blamed Iran for the attacks, raising concerns about a new U.S.-Iranian confrontation and driving up oil prices. Tehran denied involvement.

“Maintaining energy security is something we can share with other ministers and is an important policy issue to be discussed at the G20 energy ministerial meeting,” Seko said at a regular press conference.

“The Middle East is a key area for global energy security. We want to talk with other ministers about our concerns about global security and threats,” he said.

Seko declined to comment when asked about whether Japan would send its armed forces to the Gulf to protect tankers.

He also declined to comment on remarks by U.S. officials blaming Iran for the attacks, saying Japan was still investigating details of the incident.

The attacks happened while Japanese Prime Minister Shinzo Abe was in Tehran trying to help ease rising tensions between the United States and Iran.

Seko said the attack would not affect Japan’s energy supplies.

The other ship that was attacked was an oil tanker chartered by Taiwan’s state oil refiner, CPC Corp, to carry fuel from the Middle East.

Two killed in mini truck accident in Dhading
7 minutes ago