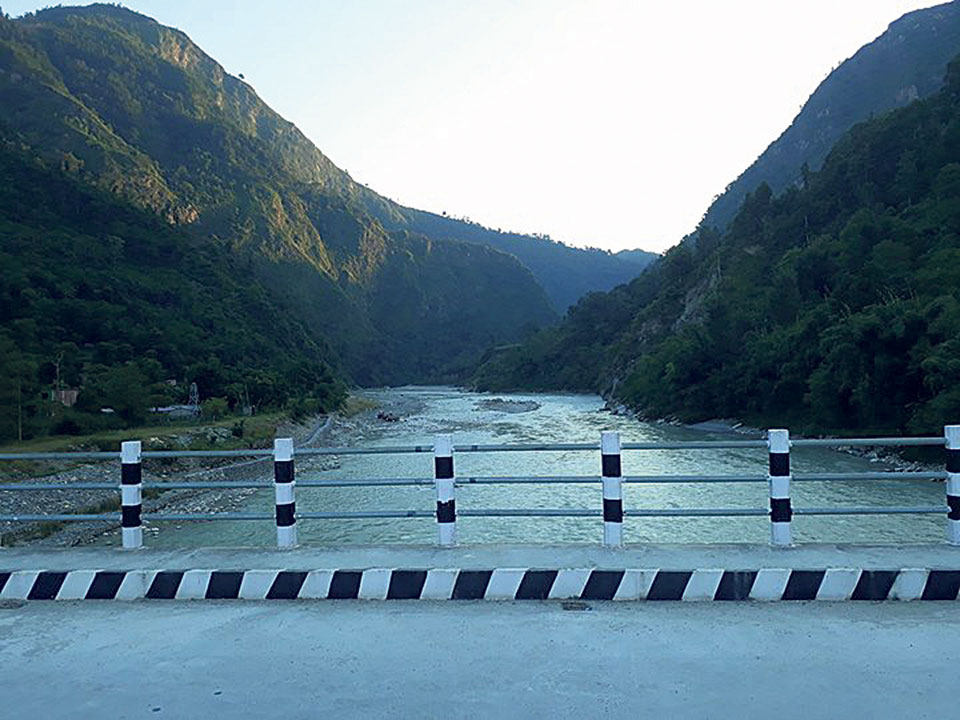 TANAHU, Oct 24: The works of building facilities for Tanahu Hydroelectric Project, as part of the preparatory works of the project, are going on in full swing while works of dam construction, power house, and transmission line have also been started, according to officials of Tanahu Hydropower Ltd (THL).

The first phase of the works includes construction of employee residence, a bridge over Seti River for access to the project site, gravelling of the access road, and a sub-station for supplying electricity for the works in the project site in Tanahu, said Bidur Adhikari, deputy manager and site in-charge of THL.

Likewise, the project has also distributed about Rs 500 million, or 80 percent of the allotted Rs 650 million, in compensation of 1250 ropanis of private land acquired for the project.

THL is a subsidiary of Nepal Electricity Authority and the project’s installed capacity is 140 MW with minimum daily peaking capacity of six hours.

Blacktopping of the two-kilometer-long road starting from Jhaputar bridge is beginning soon, according to Adhikari.

THL has also started the main tasks of construction of dam, power house, and transmission line.
The project of 140 MW capacity has a total estimated investment of Rs 50 billion, consisting of Rs 18 billion funded by Japan International Cooperation Agency (JICA), Rs 15 billion by Asian Development Bank (ADB), and Rs 4 billion by European Investment Bank in loan investment. The NEA funds the remaining amount for the project.

Officials said that after completion of the basic infrastructure, the works for the project will begin in full swing after two months. The project in Seti River was started earlier this year and its expected deadline for the construction is by the end of 2022.

Likewise, THL is also preparing to sign Power Purchase Agreement (PPA) with the NEA. The electricity generated from the project will be connected to Bharatpur sub-station through 220KV transmission line.

Meanwhile, THL is also organizing skill development training for the project-affected people. The skill development training include masonry, electrician (house wiring), and plumbing. The training will begin next week in coordination with the Council for Technical Education and Vocational Training (CTEVT). THL’s officer Bholanath Sharma informed that youth aged 18 and above and project-affected youth can apply for the training.

NEPALGUNJ, July 7: Building of new sports infrastructure at the Nepalgunj Stadium, Banke, is going on in full swing in... Read More...

Indonesia police chief, others removed over soccer disaster
53 minutes ago