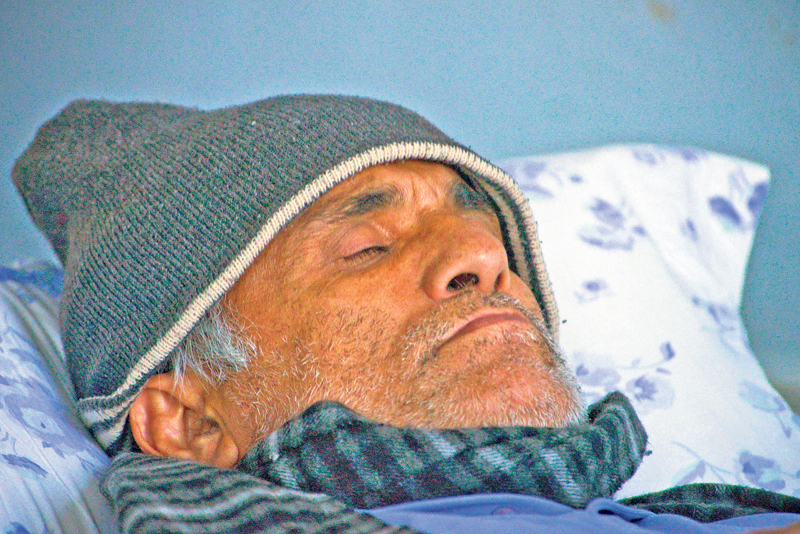 KATHMANDU, Nov 28: Talks held on Sunday to settle the demands put forward by Dr Govinda KC, a senior professor at the Institute of Medicine (IoM), could not reach any conclusion as the government team did not have the authority to decide on the demand regarding the vice-chancellor of Tribhuvan University and the IoM dean.

The talks between the government and Dr KC's team were held for six hours. The government team headed by Shanta Bahadur Shrestha, secretary at the Ministry of Education, includes Dr Senendra Raj Uprety, secretary at the Ministry of Health. The team engaged in the talks on behalf of Dr KC is headed by Dr Jivan Kshetry and includes Dr Leison Maharjan, who is president of National Resident Doctors' Association (NRDA), as well as Dr YP Singh, Dr Ranjan Sapkota and Dr Sagar Pokhrel.

Dr KC started his latest hunger strike after the government failed to address his demands, although it had agreed to do so. While starting his latest hunger strike, he had issued a 10-point demand. The demands include sacking TU Vice-Chancellor Dr Tirtha Raj Khaniya, appointing the Institute of Medicine (IOM) dean on the basis of seniority, implementation of previous agreements, not giving affiliation to any new medical colleges before the passage of the medical education bill by Parliament, forwarding the process of impeaching Lokman Singh Karki, chief of the Commission for Investigation of Abuse of Authority (CIAA), starting investigations against CIAA Commissioner Raj Narayan Pathak, and implementation of the fee structure proposed by the Mathema Commission.

Dr Maharjan said that the talks were headed in a positive direction. “However, the secretary-level government team has sought consultations  with the prime minister and TU chancellor as well as the education minister regarding the sacking of the TU VC and the IoM dean,” he added.

Resident doctors at Tribhuvan University Teaching Hospital (TUTH) have been boycotting the out-patient department (OPD) from Friday to express support for Dr. KC's  hunger strike. Only faculty doctors were available at the OPD Sunday.

Meanwhile, the condition of Dr KC, who is also a senior orthopedic surgeon at TUTH, is worsening on this  the 15th day of his hunger strike. Dr KC began his 10th fast-unto-death from November 13 to put an end to the  anarchy prevailing in the medical education sector.