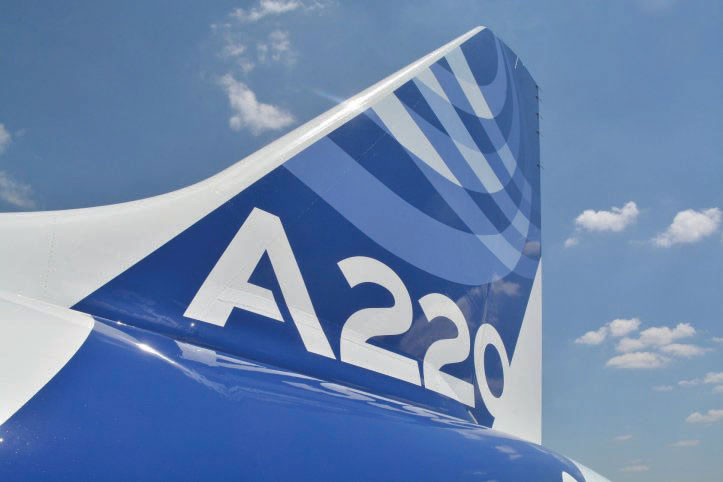 People in the West consider anything at or above 55 db as too noisy. We have no such standard as concerned agencies are bent on bringing in more flights

It may sound bizarre, but the six meter tall balloon depicting screaming baby Trump, kept aloft over the parliament square last week in London, had some connection with approach to Heathrow (LHR). Its impact might have been even bigger if it was kept well above the London skyline. But anything that high would have had some flight safety concerns as vital LHR approach passes over the city. But unlike Trump, who often has no qualms in embarrassing his hosts, the Londoners perhaps did not wish to stoop that low. But even with so much traffic, area surrounding Heathrow is said to be significantly quieter.

The area exceeding 54db (decibel) noise level dropped from 825 square kilometres in 1974 to 109 square kilometres in 2011. Constricting it to just 13 percent was no joke and was made possible by pushing aircraft to make steeper descent from higher elevation instead of traditional shallow passage. Improving departure and arrival procedures followed by banning of noisy aircraft were other measures.

Noisy sky
People in the West consider anything at or above 55db as too noisy. We have no such standard here as concerned agencies are bent on bringing in more flights even during wee hours despite logistic inadequacies than worry about noise. The problem here lies with departures, the noisiest part of any flight as aircraft guns to gain height. No one knows it better than inhabitants of Patan who have been subjected to severest form of noise pollution as aircraft thunder overhead constantly, day in, day out. The government, deaf to public concerns as always, will neither have time nor desire to do anything meaningful in this connection. The current working motto seems to be limited to “talking big, talking loud”. But in contrast, private sectors have been putting their best effort in spite of dismal scenario quietly and this is apparent, at least, in aviation.

It was a feel good situation when a private airline not just set up its own hanger, but expanded into MRO (maintenance/repair/overhaul) ventures as well. Apart from taking care of its own ATR fleet, it intended to provide such facilities to airlines of neighboring countries and hoped to earn convertible currencies in return. But, as usual, our workings are dictated by medieval rules / regulations, and are extremely sensitive to revenue earnings from customs duties on imports. We now have VAT in addition, which gets topped up as an icing on a cake! This legendary spanner wrecked the novel venture before it even got started.
In fact, a couple of ATRs had come to avail of the first time facility here and were satisfied with the quality of works. But they discovered, to their dismay, it was cheaper to get it done further away at Singapore instead.
Talking of our paper works, it was amazing to learn that anticipated time to get it all done for the recently arrived A332 was about “three” weeks. A huge loss if one considers the flying revenue lost in the interim. A week possibly would have been reasonable enough. But the RA management never fails to surprise us. We hear it is yet to find crews to fly the widebody. A foolish question perhaps, should it not have been done months earlier? The delivery of second A332 is not too far off and it remains to be seen how long it will remain grounded and what new reason they come up with that time.

But not all actions of private airlines are praiseworthy. We have had Cosmic Air (1998-2008) which operated a fleet ranging from helicopters to small turboprops and even had 4/F-100s jets. Besides some domestic trunk sectors the 105 seat aircraft flew to some Indian destinations as well. But it ended being our version of infamous ‘Kingfisher’ story in India. Cosmic is alleged to have the largest share of defaults related to banks/leasing companies/fuel vendors/ airport authorities and even travel agents.

What’s the rationale?
While the rational of using small jets that seat 100 or so is not unsound, the reason as to why newer operators are bringing in even smaller ones like CRJ-200 (50 seat) and 700 (70 seat) is baffling. Most aircrafts we get here come with considerable operational cycle behind them and have engines that drink a lot, but are cheaper to lease. RA’s B757 uses about 4tons/hr and is labelled as inefficient while the CRJs gulp 3tons/hr making it relatively worse. And what is the rational of using such jets in the domestic sector when these are flown at lower altitude much like turbo-props?

There was a surprising development in aviation recently when the Airbus SE firmed up plans to assume control of Canada’s Bombardier Inc’s C Series jets. The seat capacity of any aircraft made by Airbus or Boeing had generally stuck to 150 or above leaving Canada and Brazil (Embraer) free to cover the lower niche. The Airbus has now branded the Bombardier’s C-series 100 and 150 seat products as Airbus A220-100 and 300 respectively. It also marks a departure from the usual Airbus numbering system that always began with a ‘3’.

As for Airbus, it negated the emergence of future competitor and strengthens its market share at lower seat spectrum. More than that, it enhances chances of clients looking for another Airbus product as they grow. The launching of new A 220 was so significant that Airbus did not even wait a few days for the Farnborough Air Show 2018 (July 16-22) to make the announcement of 60 jets order from JetBlue. The deal would not have been possible by talking big or loud. And it may not be out of the way to make suggestion here, for the benefit of our leaders to cut down on their verbal output and focus instead on getting things done, for a change.

Thinley Lhamo is soon going to make her debut in the Nepali film industry through the highly anticipated movie, Nakaa,... Read More...

All out against high rise and big structures in Kathmandu

Kathmandu, July 20: The Gorkha Earthquake of 25 April 2015 should have taught all of us a lesson regarding how... Read More...

USD 800 stolen from student's luggage at TIA
36 minutes ago