Tale of hope and fear 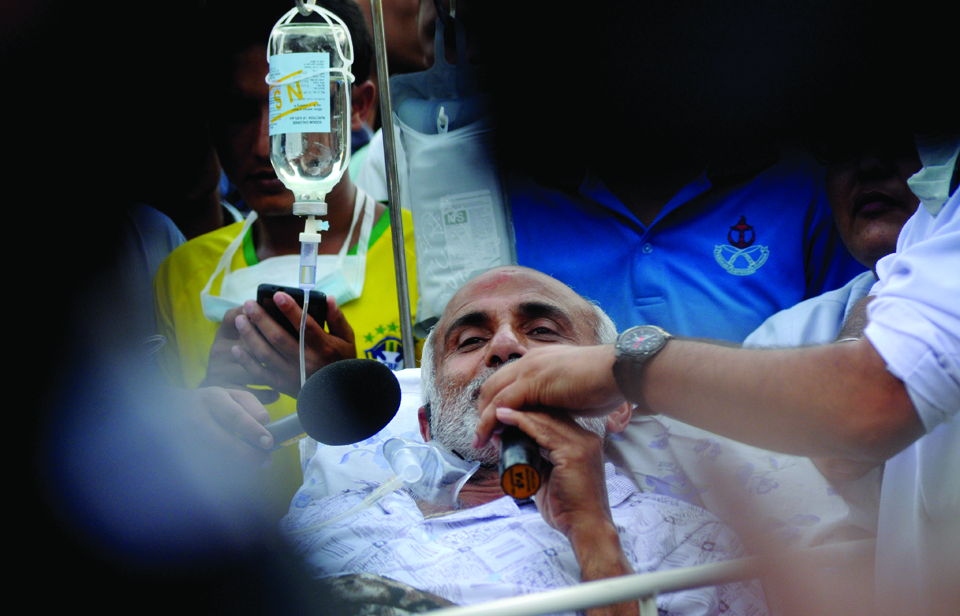 July 18 marks the birth anniversary of Nelson Mandela. Like past few years, this year too it passed away with relative lack of interest. In an era when strongmen like Trump, Putin and Erdogan dominate the headlines, Madiba’s virtues of peace and reconciliation seem inane and outdated. It seems the world has moved on.

Even though his virtues seem otherworldly in today’s context, it is worth remembering them because they are uplifting. Forgiveness is often invoked as Madiba’s greatest virtues. For a man who was subjected to the vile of racial prejudice that systematically dehumanized and incarcerated unjustly for 27 years, he emerged ennobled rather than embittered. His power lay in nullifying his noxious past and not allowing it to define his present. One of his famous quotes goes: “As I walked out through the gate that would lead to my freedom, I knew that if I did not leave my hatred and bitterness behind, I would still be in prison.” It was as if he knew he would have a triumphant end someday.

From the time he acceded to the presidency, he was determined to turn his back on old prejudices. If the nation of his imagination—the rainbow nation—was to materialize, reconciliation not confrontation had to be the top agenda. As the head of state, Madiba became the conscience of the nation, a guardian to whom nation building was paramount and he took it upon himself to wade through the turbulent waters of racial divide.

A master tactician, he used non-violence as a tactical tool rather than a moral choice that propelled him to higher pedestal and drew the world’s attention to the injustices of the apartheid regime. In the similar way, he used Springbok rugby—the quasi religion of the ruling class that was shunned by the black majority—as an opportunity to extend hands across the great divide. In 1995 rugby world cup, he donned the Springbok jersey and cap that was a symbol of privilege and segregation, portrayed in the movie Invictus. This earned him a huge political capital and he became the dealer of hope rather than fear of the whites.

Madiba’s kindness, magnanimity and the ability to reach out to people were the hallmark of his leadership. Though he had his share of failures—mainly on economic front—he proved to be a huge inspiration for his country and the world.

Just when we should have been paying homage even if perfunctorily to Madiba, a fasting Dr Govinda KC was ‘abducted’ from the hospital in Jumla. The irony couldn’t have been starker. The forceful abduction of a Satyagrahi and the subsequent vandalization of the hospital at a time that marks the birth anniversary of a non-violent icon can be construed as an assault on Satyagraha itself.

The visuals of police high-handedness in Jumla hospital were a sufficient proof of the government’s intent. The baton-wielding police ransacking the hospital and chasing and assaulting people make for scary visuals. If there was an iota of doubt about the government’s authoritarian streak, this event smashed it. The callous obduracy of the government towards Dr KC’s genuine demands, salacious remarks of a minister to defame Nepali girl students going to study abroad and the naked collusion of the health mafia and government crossed the crudest extremes of political maneuverability.

The civil society and media seemed aghast. For yours truly who had witnessed the similar tragedy of ransacking hospital by police in my hometown Rajbiraj in 2015, this was a moment of cruel nostalgia. The only difference I noticed now was the presence of voice from civil society condemning police atrocities. The Madhesis were left to fend for themselves. The militant zeal shown by the police in Rajbiraj had ‘patriotic’ overtones. This time it was ‘criminal’. That could be the reason probably why police limited its actions only to baton-charging.

The most depressing aspect about the entire drama was the insensitivity of the government. For the government that enjoys public confidence, the entire event was handled quite gauchely. If the demands were not worth fulfilling, it should have made an attempt at public outreach and justify its position. That it preferred bulldozing shows it lacks soul. In doing so it not only gave much-needed fodder to the opposition, it also catered to the worst fears of the people that Nepali Congress had warned of before polls.

The current dispensation is the result of the culmination of fears and insecurity of a nation. The fear of foreign intrusion, internal political instability and economic backwardness twisted our sense of reality and influenced our choices. When afraid, we are at our most vulnerable. As Bertrand Russell said, “neither a man, nor a crowd, nor a nation can be trusted to act humanely or to think sanely under the influence of great fear.” The situation was rife for a demagogue to make an entry and he did with flair.

Perceptions can be deceptive. The government’s perception of its own electoral power has been shattered by a medic armed with deep belief in the cause he is championing. Though the civil society and media of Nepal can be accused of showing selective outrage, this time they certainly deserve applause for standing up to the occasion.

Now that the government has given in to Dr KC’s demand, it is worth pondering over the moral and prudential aspects of his demands. No doubt privatization of healthcare will bring in investments and students going abroad would rather study here. But there is an ethical question that relates to the rightness and wrongness of private investment in healthcare sector in long-run. At what cost would a common man receive healthcare benefits and what would be the cost of education? The moral and the prudential issues should not be seen as disparate and unconnected to each other.

I first saw Dr KC from a distance when he visited my village Tilathi in Saptari district in a health camp during the floods of 2016. Though the village was devastated by the yearly scourge, he maintained extra-ordinary composure. The first thing that struck me was his charm of simplicity and dedication to work and it generated an instant admiration.

It is probable these qualities, along with his selflessness, catapulted him to an icon. The decision to begin hunger strike in Jumla proved to be a masterstroke. The scene of government forcefully ‘abducting’ him galvanized the civil society and media and generated huge sympathy in his favor.

This is how Satyagraha works, where a selfless person with a deep belief in the cause meant for greater good takes an unflinching stance while forcing the authority to resort to violent means. Full credits to Dr KC for this unlikely victory. His fight perfectly sums up Mahatma Gandhi’s quote: “first they ignore you, then they laugh at you, then they fight you, then you win.”

United offer hope to Spurs with 2-0 win over Chelsea

Tale of a bus mishap victim who escaped death narrowly…