Taking on off season travel 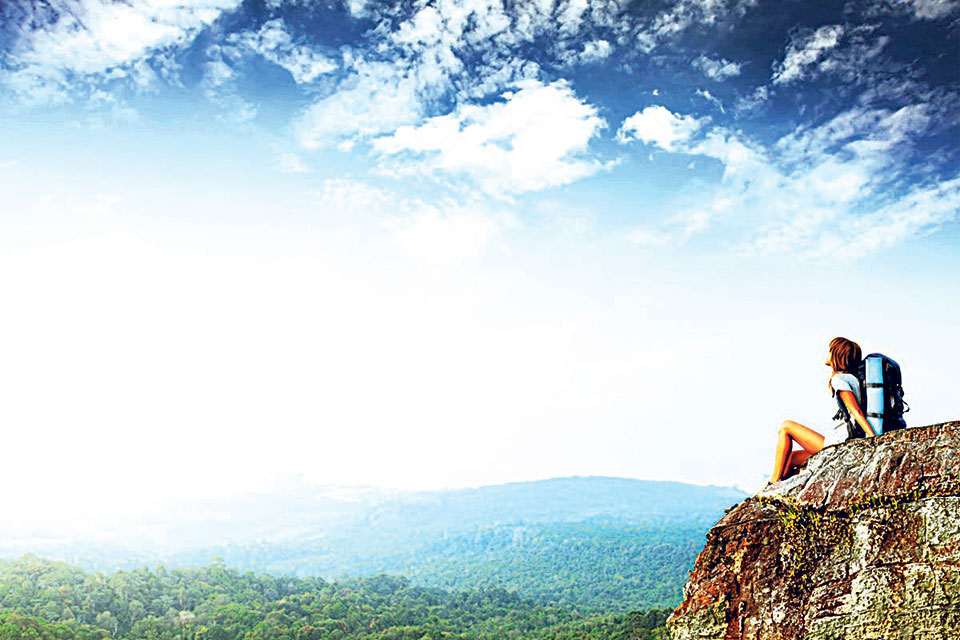 We have heard people rave about the benefits of travelling during off seasons many times right here in our travel page. We have had travel agents note it as one of the effective ways to save while planning trips. We have had trekkers recall discovering completely new sights of well-known routes, even backpackers sharing the simple luxury of skipping long queues and tourist crowds, all because they chose to skip the travel season.

Indeed, travelling during off season is a choice you can make if you want to enjoy some special perks along the way and The Week wants to make sure you have all the necessary information to weigh its pros and cons.

Know the seasons
First thing first, you have to know the kind of seasons set for tourists. We should obviously begin with the peak season. As many know, this basically is the time of the year that is deemed the most favorable for travels.

Then, we have what agents call the shoulder season. This refers to the time in between the peak and the off season and it varies according to the destination you choose. When you travel during this time, there might be some disadvantages like you might not have the best weather or long enough day lights. However, on the other hand, you won’t have to deal with the hordes of other tourists and it might be easier to find accommodation within your price range.

And lastly, we have the off season. The stampede of sightseers will have left the city and you will most likely always find the travel destination to yourself. Thus seasons can influence your travel experiences as well. It’s a factor you certainly want to consider while making travel plans.
Pros and cons of traveling during off season

We already have agents and tour packages advocating travels during peak season so it’s an experience many probably already have. The number of people who have traveled during off season though are few and far between. Many clearly are skeptical about it but we here can give you the fair comparison. Here are the pros and cons of choosing to plan your trips during the off season.

Pros
You can save
This is the biggest plus of off season travel. You can do so with comparatively less money. As Jivan Lal, travel agent at Cima Travels, explains, during this time airfares will drop drastically but it’s not only your transportation. Hostels get cheaper and even when you plan you stay at hotels you won’t have to make prior reservations. Local markets around tourist areas often drop their price rates and even the happy hour deals get better. Since less people are around, businesses tend to be keen to get tourists through the door. From South East Asia to Europe, you will notice this trend.

Less crowds, better views
When you travel, you will find that the world heritage sites and iconic spots of different cities don’t feel the same as it did in photographs. This is mainly because it is always being swarmed hordes of sightseers. You will be lucky if you can take a decent picture in front of monuments without somebody accidently photo-bombing your shot. However, when you are there during off season, this clearly will not be that big of a problem. You can skip the queues, the crowds, and the raucousness that comes along with it way more easily.

Discovering a different side of the destination
Travellers during off season can look forward to capturing some wonderful different sides of the cities and towns you are traversing through. We had Prabesh Lamichhane recently in our Travel Diaries talk about stumbling unto Goa sans its peak season parties. Unlike many, Lamichhane got to explore the calm, chill side of Goa and even got around to karaoking with the locals every single night.

Similarly, Rishav Kopite, a travel photographer, had recommended trekking during the off season for the same reason. Even though he was had trekked around the country several times, he had said he was greeted to completely new views when travelling off season.

Cons
Unpredictable weather
Let’s just say you better pack an umbrella and some extra socks. Peak season for many countries fall around summer and spring time and off seasons often implies to wet (South East Asia) or cold (Europe) weather. You are advised to travel during off season only if you are ready to deal with these extreme, and sometimes unpleasant, weather conditions. Also, this kind of weather might lead to delays every now and then. So you might want to consider this as well.

Closed attractions
While you will have the city to yourself, there might be some attractions that close down. This doesn’t apply to all places, especially not in the big cities. However, if you are travelling to slightly sparsely visited places, there is a chance that this might be the case. So you want to check on that prior to booking your ticket.

Fewer opportunities to socialize
If you plan to mingle with the locals then that’s all very well, but if you are relying on fellow tourists to strike up a conversation, you will definitely not have many options. If you are travelling during the off season, there is also the chance that you will be the only guest in the hostel or hotel. So you definitely want to take a good book or download some movies in you laptop if you are travelling off season.