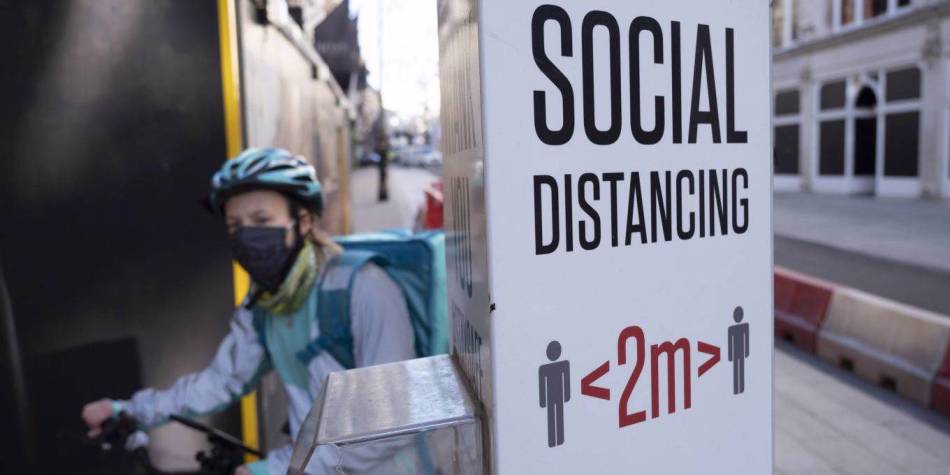 The current health and economic catastrophe arrived little more than a decade after the global financial crisis. If it does not bring about systematic change in policymaking and business, it will be just one of many crises to come.

CAMBRIDGE – This has been a brutal year, with the COVID-19 pandemic forcing governments around the world to close down many aspects of normal everyday life while supporting workers and businesses with extraordinary emergency measures. And the crisis certainly is not over yet.

But with COVID-19 vaccination programs now in sight, policymakers and business leaders should change gear in the new year, and move from reacting to events to determining a strategy for the future. “Build back better” has become a popular slogan nowadays precisely because most people want to look forward and create a brighter future rather than going back to the way things were. So, what will it take to restore a sense of progress to bereaved families, struggling communities, and fractured economies in 2021?

The short answer is investment, which means incurring effort and expenditure now for a return later. Investing in assets in the expectation that they will yield benefits down the line is a vote of confidence in the future, which is exactly what the world needs now.

Public-sector investment in improved and greener infrastructure will be particularly essential for economic recovery in the short term. Government spending of this kind has large fiscal multipliers, especially in downturns, and will help to create demand for new skills and technologies. Initially, major projects will have to be publicly funded, because no private firms will commit to them at a time of such uncertainty. Yet, provided that governments invest competently and stimulate growth, adding to public debt now will prove to be the best way to reduce government-debt ratios over the medium term.

Investment is also an essential form of compensation to younger people, who have been one of the hardest-hit groups in the economic downturn. Many who had the bad luck to enter the job market during this crisis may find their career and lifetime earnings prospects damaged as a result.

Even before this year’s catastrophe, I often reflected on the confidence that the visionary policymakers of the nineteenth century expressed in their society’s future, reflected in the infrastructure, buildings, and institutions we still use today. They thought 150 or 200 years ahead, and we need to adopt the same mindset to recover from the shocks of 2020.

Building a sustainable and resilient economy and society requires a wide range of investments. A society’s wealth depends on an assortment of assets that correlate with one another like those in any investment portfolio. Some, like infrastructure and productive capital, are familiar. Economists have long emphasized human capital, or a population’s skills, but have often measured it narrowly, in terms of formal educational qualifications. We have learned in 2020 that health, including mental health, is an important component of human capital, too.

Moreover, policymakers have all too often overlooked other assets when thinking about the national balance sheet. Natural capital—including clean air, biodiversity, and global climate stability—has largely been omitted from economic measurement, despite being fundamental to human life, as well as to narrower outcomes such as agricultural productivity or freedom from wildfires. But this is starting to change as statisticians develop definitions and data to include nature and natural resources in national accounts.

Economic policymakers have also largely ignored social capital—the trust among strangers that is vital to any sustained economic effort. Many regard the concept as too fuzzy and hard to measure, but it is the most fundamental component of a national asset portfolio. As the pandemic has demonstrated, we are all worse off if everyone acts only for themselves.

Crucially, decision-makers need to adopt a longer-term perspective. For too long, horizons in business and politics have been getting shorter and shorter. Many chief executives, citing the mantra of shareholder value, make decisions aimed solely at boosting quarterly earnings, while venture-capital exit horizons of just seven or eight years are seen as long term. Politicians, meanwhile, have gone from chasing soundbites in the next television bulletin to typing a few hundred characters in their next tweet.

Likewise, older people, particularly the baby-boom generation, have coasted on earlier generations’ consumption sacrifices. Shockingly low maintenance spending has resulted in bridge collapses and disintegrating roads, while natural resources have been despoiled and depleted. In some OECD countries, including the United States and the United Kingdom, businesses have underinvested for decades, compensating for a lack of capital by employing workers in low-quality, low-wage jobs.

Unsurprisingly, there are both encouraging and alarming signs of significant generational shifts in views. For example, young people care more than older generations about protecting the environment, but are increasingly dissatisfied with democracy.

Some governments are taking seriously the need for a longer-term perspective on national wealth. Iceland and New Zealand, among others, have adopted well-being policy frameworks, while public bodies in Wales have a legal responsibility to safeguard future generations’ well-being. Many more governments need to shift to a similar framework.

The current health and economic catastrophe arrived little more than a decade after the global financial crisis. If it does not bring about systematic change in policymaking and business, it will be just one of many crises to come, because the unsustainable can never be sustained. One hopes there is still time to shape how change comes about.