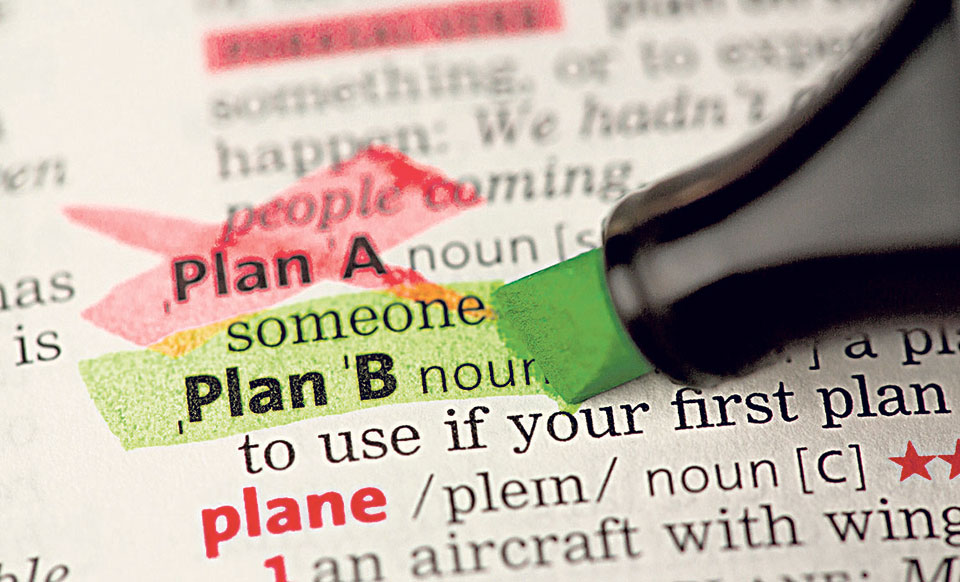 I love the Nepali New Year for the chance it gives me to put my January New Year resolutions into perspective, figure out what worked, and what didn’t and give it another shot. And I’m sure this holds true for many who like the chance the Nepali New Year gives them to reaffirm their resolutions and begin afresh. While I know what I want to do and how I plan to go about it, I also wanted to know how other people wanted to work on their resolutions learning from the mistakes they made after making New Year resolutions earlier this year. Here are some nuggets of wisdom that people shared with me and I, in turn, am taking the liberty to share with you, hoping that they might help you in some way or the other to live the life you want.

Tackle one thing at a time
The best way to bring change in your life is to tackle one thing at a time. You can’t make ten different resolutions and expect yourself to keep all of them from the very next day. What works best is choosing one thing that you want to change and working on that for a month before moving on to the next. By this time, the first thing on your list should come naturally to you. Then you can add one more thing to it and then, though you will have two tasks to tackle, because one of them won’t require much effort, you can easily focus on the second one. Why not try making a list of 12 areas in your life that you want to work on and deal with them one by one over the course of a year rather than trying to incorporate them all together and, inevitably, failing miserably? (Here, a friend suggested I should read The Happiness Project by Gretchen Rubin which is all about how you set specific tasks for each month and change your life for the better in a span of one year.)

Break down your goals into achievable bits
One of the reasons why resolutions hardly ever work is because our goals are too ambitious. And while in the larger picture that might be a good thing, when it comes to changing your habits that rarely works. You cannot be eating fast food and not know where the nearest gym is today and then hope to be eating quinoa and oats and taking aerobics classes every alternate day from the very next day because it’s New Year. You might be able do it for a week but you will never keep at it. So break it down. Commit yourself to eating at least one home cooked meal a day, having a bottle of water as soon as you wake up, and making it a point to not eat at least three hours before you hit the bed. When your break your goal of losing weight or anything else into small tasks, you are more likely to achieve the goal in the long run.

Make happiness a priority
Often times we get so wrapped up in achieving our goals that we lose track of what’s important. We make strict rules for ourselves and that, more often than not, makes us really unhappy and we become crankier and feel drained out all the time. But isn’t the whole point of making changes about being happy? So, if your goals and resolutions aren’t making your wake up with a newfound enthusiasm then perhaps you need to reevaluate them. Anything you do to change your life for the better should be giving you a purpose in life. As cliché as it might sound, life is too short to be unhappy. Also, if you are unhappy you will also drag others down with you and your loved ones deserve better than that. So, make happiness a priority. Strive to be happy, and do things that make you feel joyous. Life will be much better that way, and resolutions bearable.

Don’t let failure get in the way
Accept the fact that sometimes you will falter and you won’t always be able to keep your resolutions. But even if there is a break of a day or two, don’t let that stop you from picking it up on the third or fourth day. Say, you make a resolution to read for an hour every day but if you aren’t able to do so for a few days, don’t let that dampen your spirits. Instead of giving it up altogether, try to pick up where you left off and restart. Change isn’t possible if you don’t try and try till you succeed. You have to accept the roadblocks and make it a part of the change process. Only then will keeping resolutions be easy.

Embrace change and yourself too
You might set out to do one thing and realize mid way that it just doesn’t work for you. Say, you are a night owl who functions best when everything around you is silent and you make a resolution to become an early riser. But a few weeks down the line, you find that you are always lethargic and don’t really get much work done during the daytime. Don’t be scared to change your resolution. The world’s idea of what is right might be completely wrong for you. Be who you are and unabashedly so. Resolutions are meant to make you feel better. So be ready to tweak and change your resolutions when you find that something doesn’t suit you.

UPDATE: Nine die, nine injured in landslides in Kaski and Lamjung
56 minutes ago