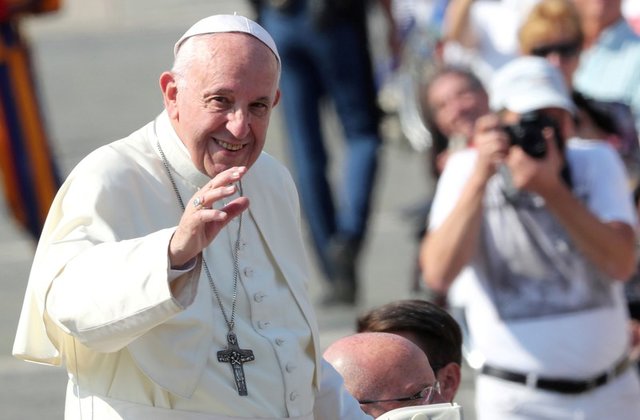 BEIJING, Oct 15: Taiwan has invited Pope Francis to visit, its President Tsai Ing-wen said, just weeks after the Vatican reached a milestone deal on the appointment of bishops with China, which claims the self-ruled island as its own.

Last month’s deal gives the Holy See, Taiwan’s last remaining diplomatic ally in Europe, a long-sought say over such appointments, although both sides call it “provisional” and sources have said some key issues remain unresolved.

Taiwan Vice President Chen Chien-jen met Francis on Sunday and invited him to visit, Tsai’s office said in a statement, adding that the pope had replied he would pray for Taiwan. But it gave no date for the proposed visit.

Chen emphasized the provisional nature of the agreement between the Vatican and China, saying it did not involve a “diplomatic element” or affect the friendship between Taiwan and the Vatican, the statement added.

“We urge everyone not to excessively interpret and worry about this (deal),” it quoted Chen as saying.

On social media, Tsai thanked the pope for his blessings. “We will take active and concrete actions to support the pope and to transmit our common values of freedom, justice, peace and care to all corners of the world,” she wrote.

Although the Vatican says its Sept. 22 deal is not political, some Taiwan officials worry it could be a prelude to establishing diplomatic ties with Beijing, and Taiwan’s Vatican envoy has said China wants to make the island irrelevant.

Taipei has routinely accused China, which considers it a breakaway province and has never ruled out the use of force to return it to the fold, of using dollar diplomacy and bullying to lure away its allies, charges Beijing has denied.

On Oct. 1, in the first sign of a thaw after the pact, which was more than 10 years in the making, the Vatican said Beijing would, for the first time, allow Chinese bishops to attend a major Vatican meeting.

However, Michael Yeung, the bishop of Hong Kong, told Reuters it will take time to tackle issues beyond the appointment of bishops and he feared suppression of Catholics in mainland China would continue despite the accord.

About a dozen bishops and priests, some elderly, remain in detention in China. Some have not been heard from in decades. Beijing has provided little clear information about their fate.

China and the Vatican strike historic deal on Catholic Bishops

MOSCOW, Sept 23: After more than 60 years of uncertainty regarding Catholic clergy members operating in China, the Vatican announced... Read More...

Taiwan says it didn't need China's permission for WHO meeting

TAIPEI, Feb 12: Taiwan’s presence at a World Health Organization (WHO) meeting this week on the new coronavirus was the... Read More...