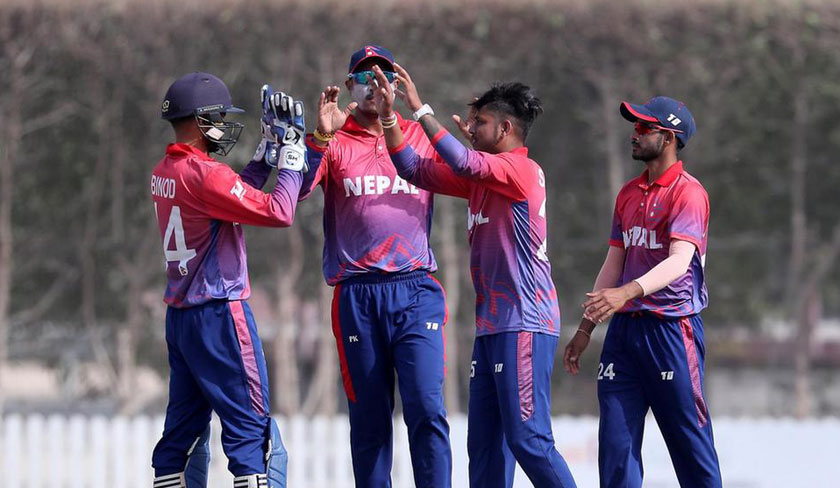 KATHMANDU, Jan 31: Nepal has received a 154-run target from UAE at the match under the T20 Series underway at ICC Academy on Thursday.

UAE made a respectable score thanks to wonderful performance by the middle order batsmen. UAE made 61-partnership runs for four wicket after collecting 43 runs in 6.3 overs losing three wickets.

Earlier, Nepal had clinched 2-1 wins against UAE in matches held under One Day International  (ODI) series recently. With the wins, Nepal has been playing T20 series against UAE.

KATHMANDU, Feb 1: Nepal is fielding against UAE in the second match of the T20 Series underway at the ICC... Read More...

Nepal in Singapore for ‘path-breaking’ series

As COVID-19 rages on, UN agencies in Nepal spend millions in unnecessary field trips
54 minutes ago

I will not allow bitterness enter into Nepal-India relations: Indian Defense Minister Singh
20 hours ago