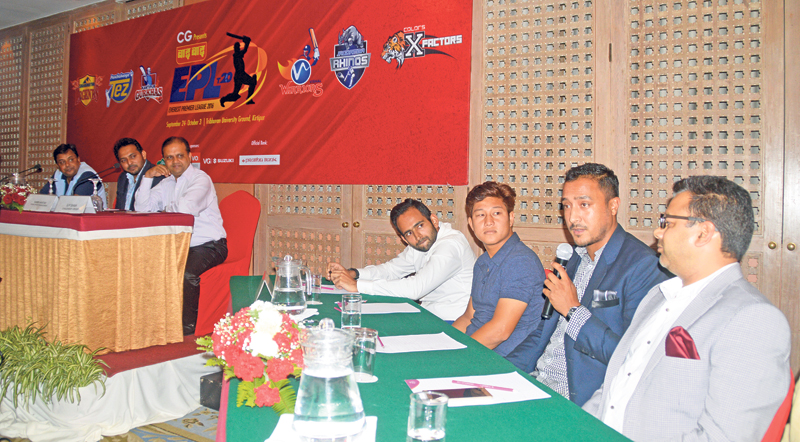 Each team will be captained by a national player who will get Rs 20,000 per match.

Similarly, national player who has played at least 15 international matches will get Rs 15,000 per match. Players who have featured in the ICC U-19 World Cup will be given Rs 12,000 for each match and Rs 8000 has been fixed as the fees of players who have played in the regional cricket tournament.

The tournament came as replacement of Nepal Premier League (NPL) held some three years ago in Dhangadhi, by the same organizer. The NPL was supposed to hold events in three formats - T20, 50 over and two-day. But it could not conduct the tournament other than in T20 format after disputes with its partner Cricket Association of Nepal (CAN).

“NPL was something that we could not move forward with. A bit of modification was required for the tournament due to things that happened in the past six months in Nepali cricket,” Akhtar said hinting at the suspension of CAN.

Speaking on the occasion, Akhtar said, “Nepali cricket is on the rise and is in need of more cricket to be played inside Nepal to rise further. Wai Wai EPL offers players' growth, earning decent match fees, promoting cricket to the next level and many more.”

Nirvan Chaudhary, the managing director of Chaudhary Group said that the collective effort of the corporate houses will help for the growth of the game. “Private sector is supporting cricket because of its success and the sincere and hard work of players,” he said.

CG Foods Pvt Ltd of Chaudhary Group is the main sponsor of the tournament.