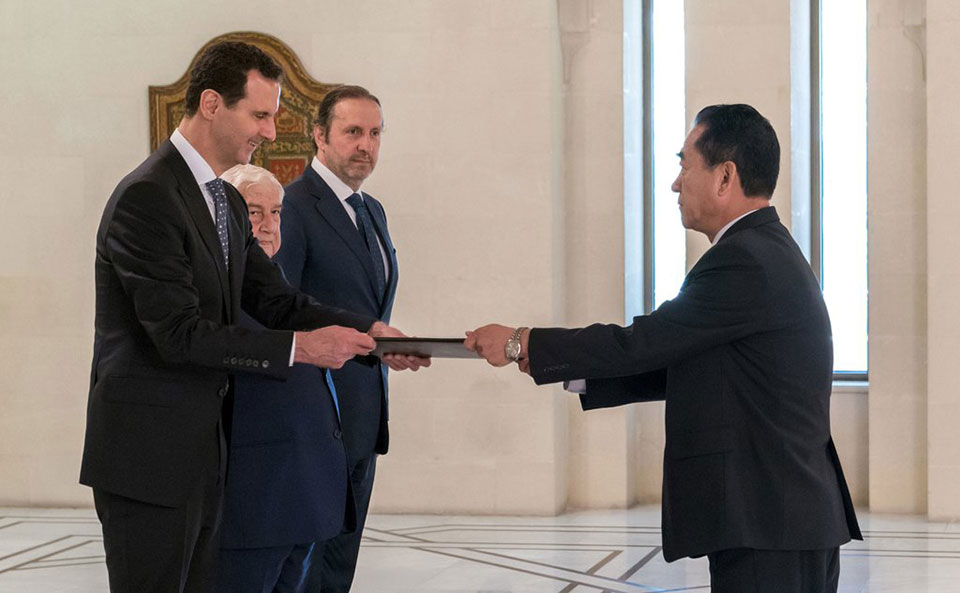 The Korean state media confirmed that President Assad has established an interest in making the state visit during a meeting with North Korea's newly appointed ambassador to Damascus, Mun Jong Na on May 30.

The Syrian leader would be the first head of state to visit the Korean leader since Kim Jong-Un came to power in 2011.

President Assad said, "I am going to visit the DPRK (Democratic People's Republic of Korea) and meet His Excellency Kim Jong-Un."  However, the Syrian presidential office made no comments on Assad's potential visit date.

In recent months, North Korea has taken unprecedented steps to establish diplomatic ties with his neighbors China and South Korea.  A historic summit was also scheduled with US President Donald Trump in Singapore on June 12, but was swiftly canceled by Trump administration.

According to Korean Central News Agency (KCNA), Assad said,"The world welcomes the remarkable events in the Korean peninsula brought recently by the outstanding political caliber and wise leadership of Kim Jong-Un". "I am sure that he will achieve the final victory and realize the reunification of Korea without fail'', continues Assad via KCNA.

The Korean leader welcomed the official visit of Russian Foreign Minister Sergey Lavrov on Thursday May 31.  Kim repeats commitments to denuclearization of Korean peninsula during his talks with Russian counterpart.  The Russian diplomat passed an invitation letter from Russian President Vladimir Putin to the Korean leader inviting him for a state visit to Russia.

The North Korean leader has a busy schedule for coming days. Both countries’ leaders are facing criticism from the West and are labeled as "dictators" and are the constant recipients of "change in regime" talks from the West, mostly from Washington.

North Korea established diplomatic ties with Syria in 1966, opening its embassy in Damascus. Syria opened its consulate in Pyongyang in 1969.