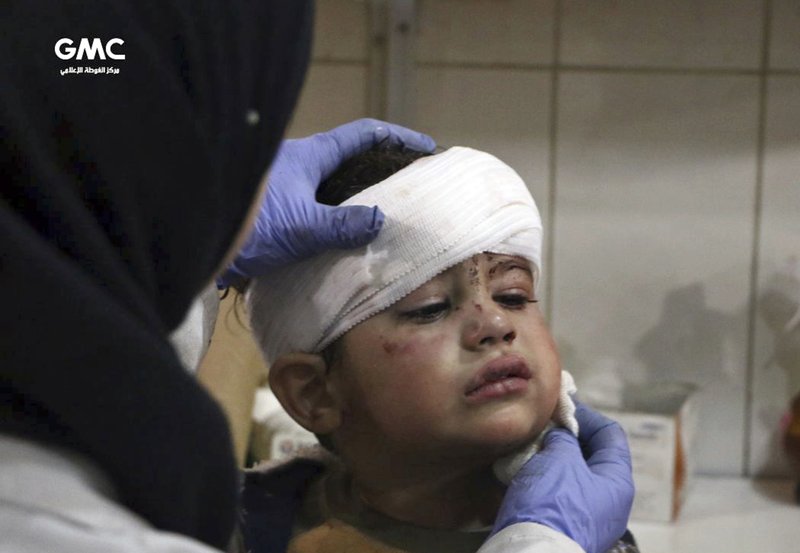 BEIRUT, Feb 28:Syrian government forces and allied militias gained ground on Wednesday in clashes with rebels in eastern Ghouta near Damascus as fighting raged despite a Russian ceasefire plan, the Syrian Observatory for Human Rights reported.

The government forces advanced in the Hawsh al-Dawahiri area on the eastern edge of the opposition’s besieged stronghold, the Observatory reported. The Syrian army and rebel sources could not immediately be reached for comment on the report.

The Russian plan is for daily, five-hour ceasefires in eastern Ghouta from 9 a.m. to 2 p.m. (0700 GMT to 1200 GMT). But after a brief lull the agreement collapsed into renewed bombardment on Tuesday, the first day of the plan.

On February 24, the UN Security Council unanimously adopted the resolution 2401 that urges all parties to the Syrian conflict to immediately stop all clashes and adhere to a long-term humanitarian pause across the entire territory of Syria in order to safely supply humanitarian aid and evacuate injured people.

Militants have opened mortar fire at the Syrian government troops near a humanitarian corridor in Muhayam-al-Wafedin settlement in Eastern Ghouta, a Sputnik correspondent reported.

After 9.00 a.m. Damascus time (07:00 GMT), when the “humanitarian pause” started, militants continued attacking the Syrian army, who, jointly with the Russian center for Syrian reconciliation, prepared the humanitarian corridor for the exit of civilians from Eastern Ghouta.

On Monday, Russian Defense Minister Sergei Shoigu said that a new daily humanitarian pause in Eastern Ghouta would start on Tuesday from 09:00 until 14:00, following the relevant order of Russian President Vladimir Putin.

However, the first day of the truce was hindered by the attacks of militants, with the Syrian army not responding to provocations. According to the Russian Defense Ministry, after shelling exists from Eastern Ghouta, preventing civilians from leaving, the militants started a new offensive against the Syrian government troops.

The humanitarian pause in Eastern Ghouta comes in line with the UN Security Council's Saturday resolution 2401, calling on all parties to the conflict to promptly stop all clashes and adhere to a long-term humanitarian pause across the whole territory of Syria in order to guarantee the safe and unhindered supply of humanitarian aid as well as the medical evacuation of those injured.

Earlier, the Russian Defense Ministry said that terrorist groups were trying to undermine the ceasefire, attempting to provoke a backlash from the Syrian army.

Gold price rises by Rs 500 per tola
4 minutes ago

Revenue collection from mountain climbing doubles this year
51 minutes ago

No one can become PM by making noise: Dr Koirala
2 hours ago