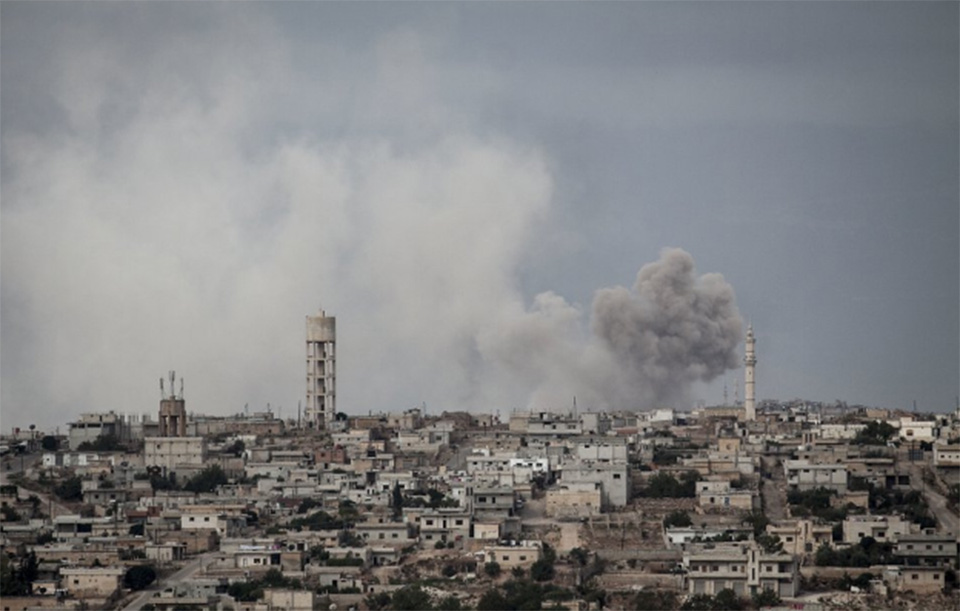 BEIRUT, July 22: An airstrike struck a busy market in a rebel-held town in northwestern Syria on Monday, killing at least 16 people, according to opposition activists and a war monitoring group.

The airstrike took place in the town of Maaret al-Numan and also wounded more than 30 people, according to the reports from the region which has witnessed intensive airstrikes and bombardment on daily basis as Syrian troops, backed by Russian air cover, try to push their way into the enclave near the Turkish border.

Idlib province, in the northwestern corner of Syria, is the last major rebel stronghold in the country outside the control of Syrian President Bashar Assad.

Syrian government forces launched their offensive in Idlib province in late April and fighting has killed more than 2,000 people and displaced hundreds of thousands.

But the troops have made little progress since the push started.

The Britain-based Syrian Observatory for Human Rights, which monitors the fighting on the ground in Syria through a network of activists, said the number of casualties from Monday’s airstrike was likely to rise due to the large number of wounded. The Thiqa news agency, an activist collective in northern Syria, gave a higher death toll, saying the strike killed 20 people.

On Sunday, government bombing in Idlib killed at least 11 civilians according to the Observatory and first responders.

Despite the heavy bombardment, Assad’s troops have been unable to make any significant advances against the rebels or the al-Qaida-linked militants and other jihadi groups who dominate Idlib province. Militant groups have hit back hard, killing an verage of more than a dozen soldiers and allied militiamen a day in recent weeks.

The struggling campaign underscores the limits of Syria’s and Russia’s airpower and inability to achieve a definitive victory in the country’s long-running civil war, now in its ninth year.