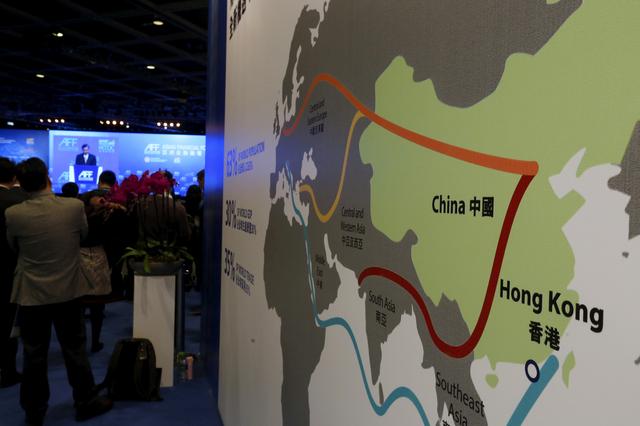 ZURICH, April 16: Switzerland will sign an accord backing China’s Belt and Road Initiative when President Ueli Maurer visits China this month, cementing ties with a major trading partner as other Western countries view the gargantuan project with scepticism.

President Xi Jinping’s new Silk Road initiative has been controversial particularly in Washington, which views it as a way to spread Chinese influence abroad and saddle countries with unsustainable debt, a charge Beijing rejects.

Locked in a trade war with China, the United States has been particularly critical of Italy’s decision to sign up to the plan, the first for a G7 nation. Others in the West are less keen to jump aboard, although many have kept an open mind.

Neutral Switzerland sees the BRI accord to be signed during Maurer’s trip as a way to support economic development, especially in central Asia.

“The aim of the memorandum is for both parties to intensify cooperation on trade, investment and project financing in third markets along the routes of the Belt and Road Initiative”, the finance ministry said on Tuesday without giving more details.

Maurer, who is also finance minister, will attend the second Belt and Road summit next week which is expected to draw around 40 foreign leaders.

The first summit for Belt and Road — which envisions rebuilding the old Silk Road to connect China with Asia, Europe and beyond with massive infrastructure spending — was in 2017.

Xi has also invited Maurer for a state visit on April 28 and 29, his ministry said. Swiss business and financial leaders will accompany Maurer on his eight-day China trip.

Switzerland, one of the first Western states to recognize the People’s Republic, was the first country in continental Europe to reach a free trade agreement with China, its largest trade partner after the European Union and United States.

Xi made a state visit to Switzerland in 2017.

69 including 15 lawmakers of federal parliament test positive for COVID-19, one succumbs to the virus
16 hours ago

Medical supplies including oxygen cylinders and ventilators ready to be delivered to Nepal: China
10 hours ago

Congress formally decides to vote against PM Oli
7 hours ago

No COVID-19 infection on Everest Base Camp: Tourism ministry
10 hours ago