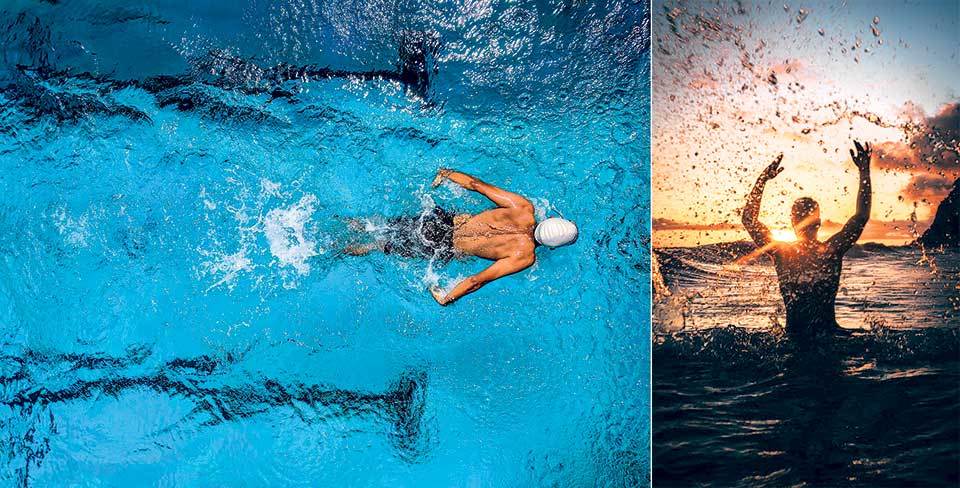 This week saw yet another tragic case of a Nepali student drowning in Australia. Over the past few years, we have read and heard about what seems like more than sporadic instances of drowning deaths in other countries – of young lives lost either due to misadventure or a lack of grounding in water related activities. While many of these deaths may undoubtedly be attributed to natural phenomena like rip currents and ignorance about potentially dangerous spots and local water conditions, it’s also a general lack of swimming skills that often does it for us Nepalis people.

As a whole and with an admittedly sweeping generalization, we tend to lack even basic survival skills like treading water which makes us, as a populace, particularly vulnerable to water related accidents and injuries. In conversations, I have often heard this absence of swimming skills attributed to the fact that we are a landlocked country. On the surface of it, this statement does seem to make a lot of sense because not being a seafaring nation may have quite a bit to do with our lack of swimming acumen. I mean, we (again, as a populace) are obviously better versed with all kinds of mountains than with water bodies, but our lack of ability also has to do with how we view these essential life skills and the steps we take (or not) to inculcate the importance of good aquatic skills.

For a long time, swimming was viewed either as a luxury, a leisurely pastime to be indulged in at hotels and resorts, preferably on hot sweltering days or a discipline that your practiced for in order to compete professionally. It was never treated as a vital life skill alongside other essential, and more commonly taught survival skills like fire safety or first aid, resulting in a lot us not even knowing basic survival aspects like treading water. Granted that it wasn’t exactly something that could be taught economically and en masse (at least for beginners), it is still alarming how an entire generation is petrified of simply being in knee-deep water.

While in the past, there were a limited number of pools and perhaps restricted access to those, the situation has changed a lot over the last few years. There has been a huge proliferation of swimming pools all over the capital and with it has come opportunities for people to learn how to swim. Around this time of the year, when the weather starts to change, you can often find school buses parked outside public swimming pools and clubs with a busload of kids splashing around in the water. Just how many of these schools actually take the trouble to impart swimming lessons is anyone’s guess but if there’s an optimal age – it’s never too late to learn how to swim – to learn this all important life skill, it is when we are still young.

There are schools taking the initiative to offer swimming lessons, not necessarily with a view to impart a survival skill but to gain an edge in the ever competitive education landscape. Still, it’s great to see swimming find a place amongst our heavy education workload and over emphasis on academia. Imparting these skills at a young age may just go a long way in avoiding preventable deaths.

It’s not all about preparing for the future though, swimming works for the here and now too. I’m an avid swimmer and a huge advocate of using the sport to lose weight and stay healthy. It is a quick and refreshing exercise for the working professional and is a skill that serves you well into your later years – when the body is not as mobile and less strenuous forms of exercise are required to stay fit.

During the summer, we tend to see people of all ages attempting to either take up swimming or looking to fine tune their skills. All of them have differing motivations – for some it’s their exercise routine, some want to lose weight and yet some of them want to have some sort of skills when they next hit the beach in some foreign shores. Whatever the motivations, it’s better late than never when it comes to learning how to hold one’s own in the water. And while you are at it, it can be a whole lot of fun too.

Australia Admissions Day in and out of Valley

COVID-19 spreads to rural India, villages ill-equipped to fight it
20 hours ago