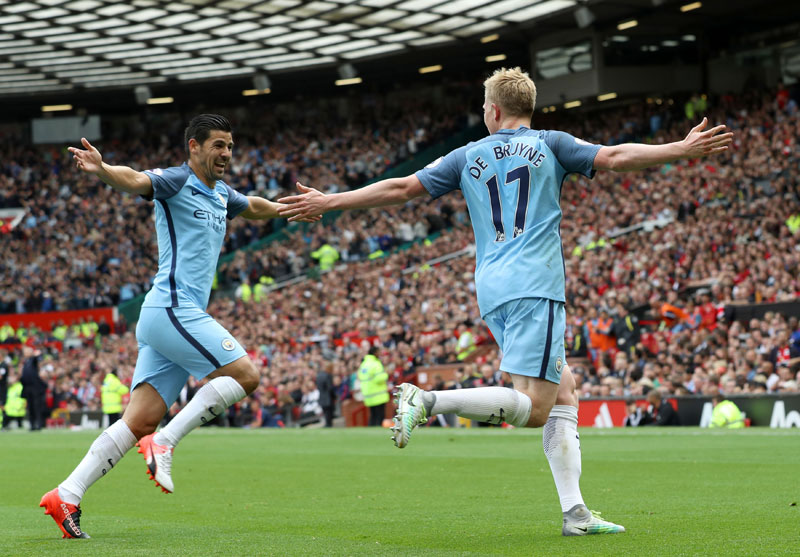 MANCHESTER, England, Sept 10: Pep Guardiola got the better of old rival Jose Mourinho as Manchester City used a fast start to beat Manchester United 2-1 in an early-season clash of the Premier League title favorites on Saturday.

Kevin De Bruyne and Kelechi Iheanacho set each other up for goals in the first 36 minutes, during which Guardiola's City team gave a footballing clinic in passing and movement at Old Trafford.

Zlatan Ibrahimovic replied for United in the 42nd minute, volleying home after City debutant Claudio Bravo dropped a cross, to set up a thrilling second half of furious, end-to-end action during which De Bruyne struck the post.

City ended United's winning start to the season under Mourinho with its fourth straight victory.

Guardiola has won all six of his games in charge of City but this will be the sweetest of them all, coming at the expense of Mourinho in the latest instalment of their coaching rivalry.

After three years of bitterness and spats in their years in Spanish football with Real Madrid and Barcelona, Mourinho and Guardiola have established a cordial relationship now they are together in the same city in England.

Guardiola greeted Mourinho with a handshake and a hug before kickoff. Then his team set about delivering a footballing lesson to United in the first half.

City's movement and technical prowess were too much for a sluggish United side and De Bruyne capped the visitors' dominant start by reacting to Iheanacho's flick-on from a long clearance, poking the ball past Daley Blind and running through to beat goalkeeper David de Gea from the edge of the area.

Wayne Rooney was among the United players looking off the pace and frustration got to the United captain when he gave Guardiola a little push as he attempted to take the ball off the City manager, who was holding onto the ball at a United throw-in.

De Bruyne was at the heart of City's attacks and he was the provider for Iheanacho's goal, finding space in United's area to drift on to his left foot and shoot low against the post. The ball rebounded out to Iheanacho, who sidefooted into the net from six meters out.

Ibrahimovic's reply settled United — and it sprang from an error from Bravo, who dropped Rooney's free kick while being impeded by his own defender John Stones. Ibrahimovic was clinical with his reaction, volleying first time into the net from just inside the area.

Mourinho mixed things up for the second half, throwing on Marcus Rashford, Ander Herrera and later Anthony Martial and taking a more direct approach in search of an equalizer, but City looked more dangerous on the counter-attack.

It was Guardiola's eighth win in 17 meetings with Mourinho. 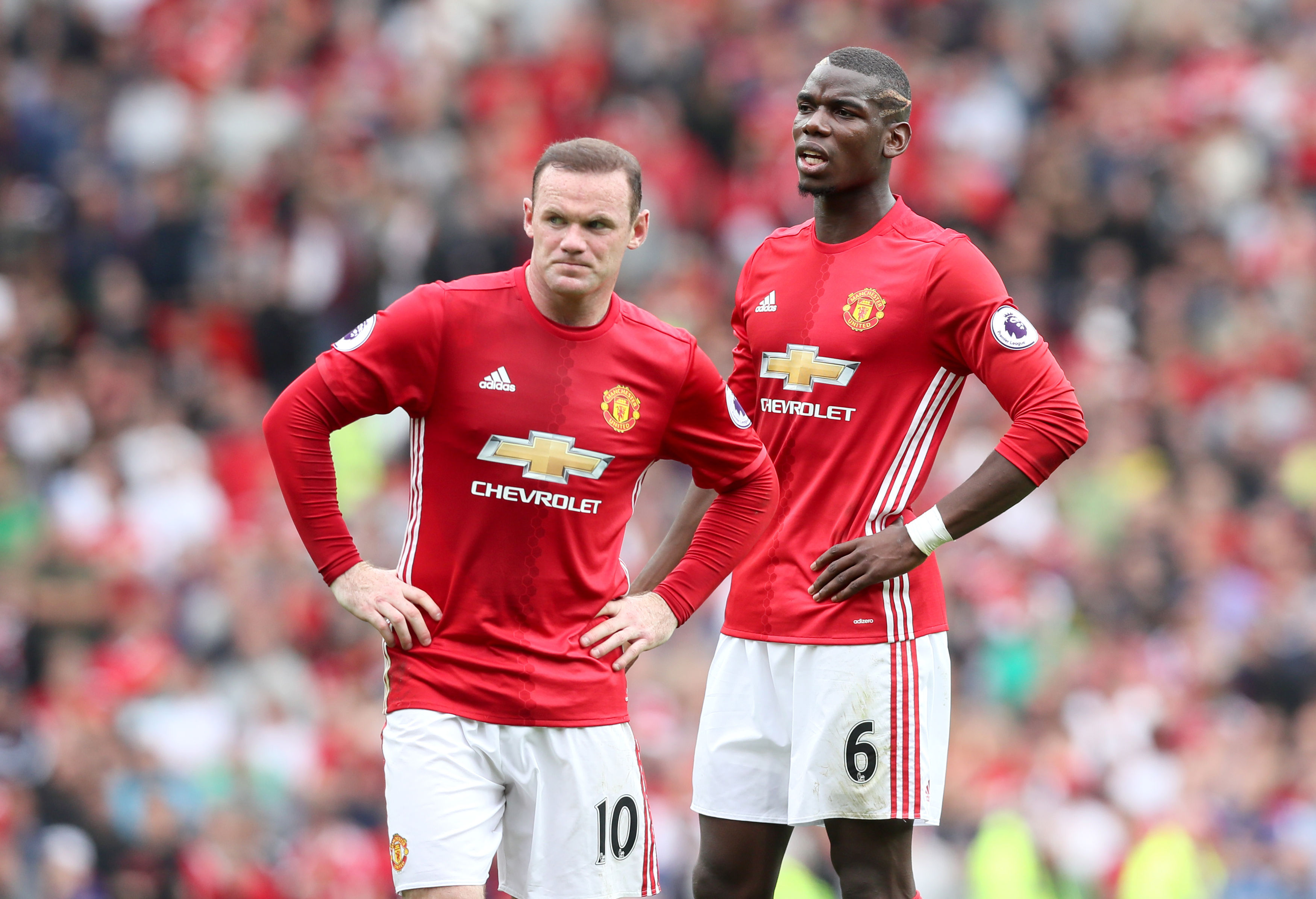 Manchester City manager Pep Guardiola was banned for two matches by UEFA on Monday after being found guilty of communicating... Read More...