Swedes pummel Mexico but both advance over Germany 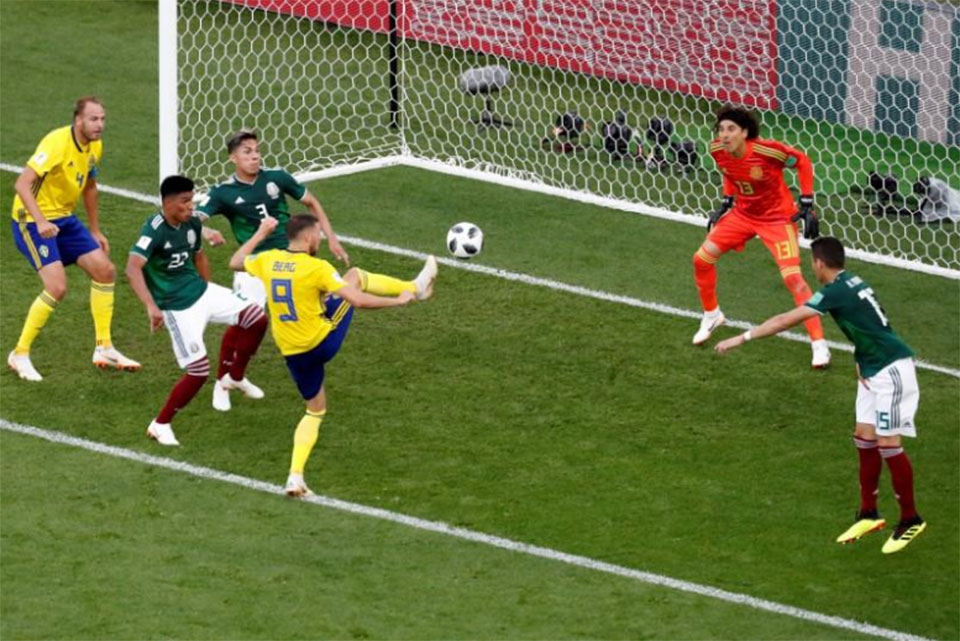 YEKATERINBURG, June 27: Sweden thumped Mexico 3-0 on Wednesday, overcoming their opponents after a scoreless first half in a result that means both teams advance to the World Cup last 16 at the expense of defending champions Germany.

Sweden finished top of Group F on goal difference, with both teams on six points ahead of South Korea and Germany on three apiece, after the champions went down 2-0 in a shock result in Kazan.

After pressing hard for most of the first half and wasting numerous chances, Sweden finally found the net when left back Ludwig Augustinsson charged up the field in the 50th minute and angled home a left-footed volley.

Twelve minutes later, captain Andreas Granqvist kept his concentration in the face of deafening boos and whistles from the Mexican fans to blast a penalty into the top left corner after Hector Moreno had brought down Marcus Berg.

Mexico’s misery was complete when the ball trickled in off the leg of Edson Alvarez for a tame own goal on 74 minutes.

“This is something I dreamed of. The insane thing is I really had this feeling that I would score at the World Cup,” Augustinsson told reporters.

Granqvist, who also scored from the spot against South Korea, said: “What a performance we did - it could have been 5-0 or 6-0.”

The Mexicans were a shadow of the team that had beaten Germany and South Korea and had pundits speaking of them as potential world champions.

Sweden, by contrast, look like a side capable of going further in the tournament - a turnaround for a team that struggled to score in their pre-World Cup games and whose chances have been dismissed out of hand by their outspoken former star Zlatan Ibrahimovic.

Needing only a draw to be sure of advancing, Mexico started tentatively but somehow managed to reach the break on level terms after surviving a Swedish aerial bombardment and a VAR review when Javier Hernandez appeared to handle the ball in his penalty area.

The game was packed with incident from the opening whistle, with Mexican midfielder Jesus Gallardo booked within seconds of the start for misjudging an aerial challenge on Ola Toivonen.

The Swedes were guilty of wasteful finishing in the opening 45 minutes, with Emil Forsberg in particular blazing several shots over the bar.

Berg posed repeated problems for the Mexican defense, his best chance coming when his well-struck shot was acrobatically turned over the bar by goalkeeper Guillermo Ochoa.

The Mexicans’ best efforts came through Carlos Vela, with three shots in the first half, and in the later stages through a Hernandez header and a cross from the striker that flew straight across the face of the Swedish goal.

Hector Herrera had a long-range shot fumbled, then saved by Robin Olsen, and Lozano struck a low shot into the keeper’s arms in the final frenetic minutes.

Mexico’s desperation proved unnecessary, as South Korea gave them a helping hand to the last 16 with their stunning win over Germany.

But without an improvement on this performance they risk falling once again at the same stage where they have been knocked out in the last six World Cups.

Mexico will now face the winners of Group E in Samara on July 2, while Sweden will play the runners-up the following day in St Petersburg. The Swedes will be without midfielder Sebastian Larsson, who picked up his second booking of the tournament. 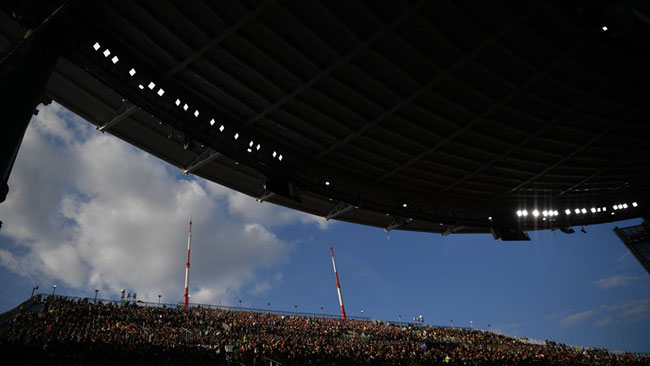 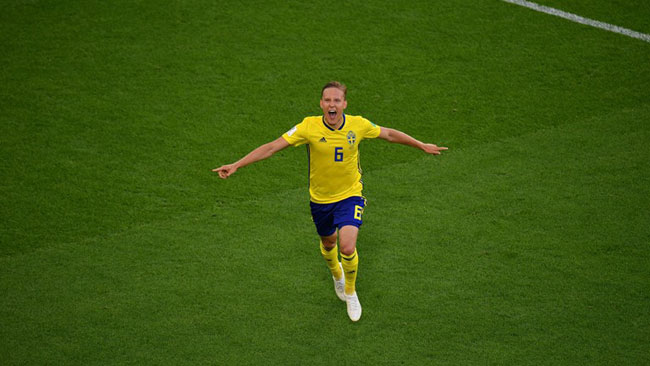 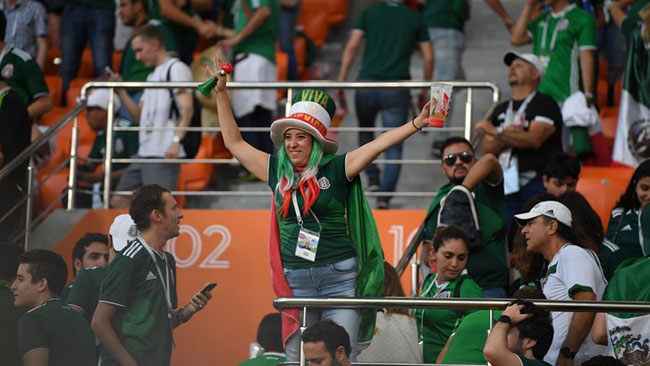 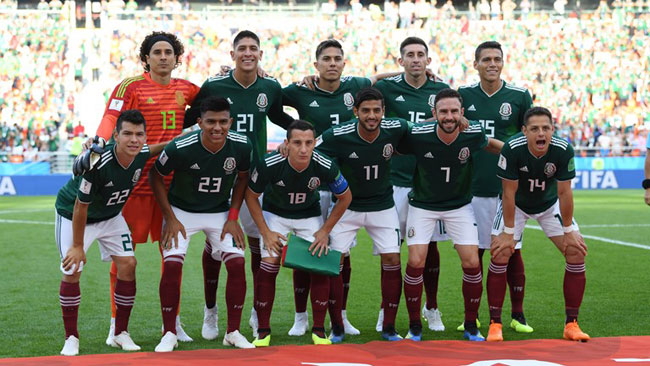 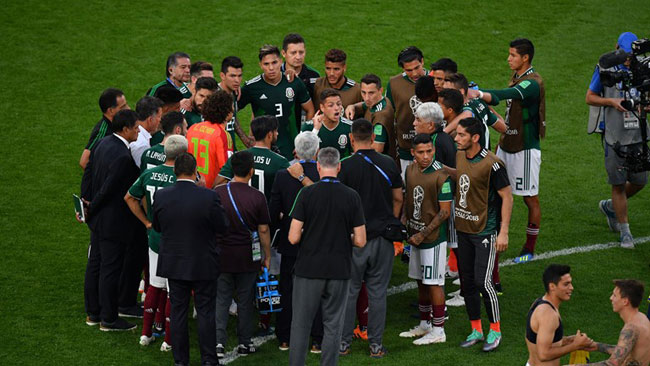 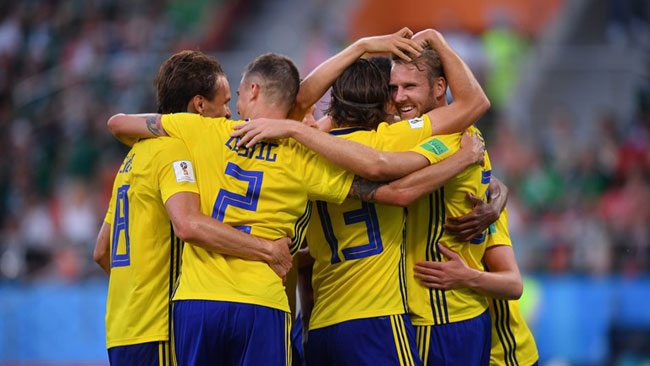 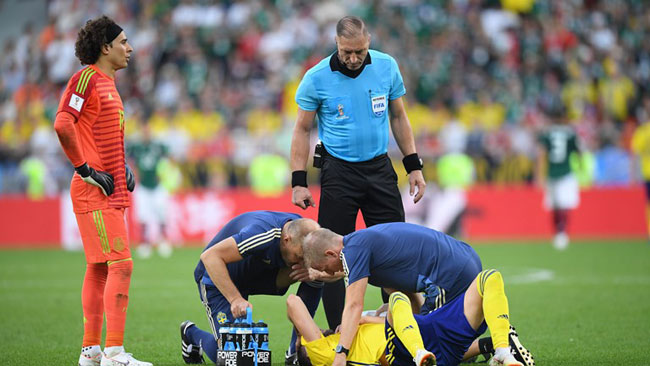 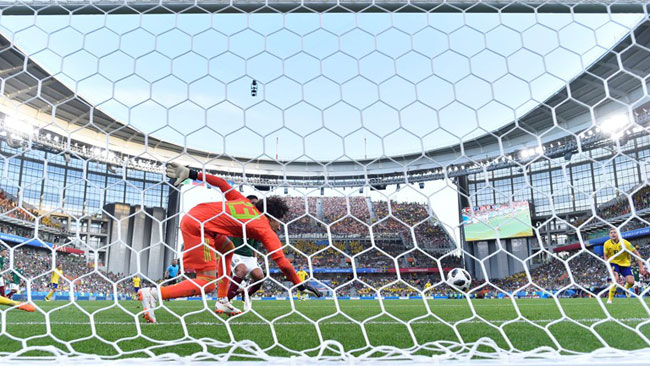 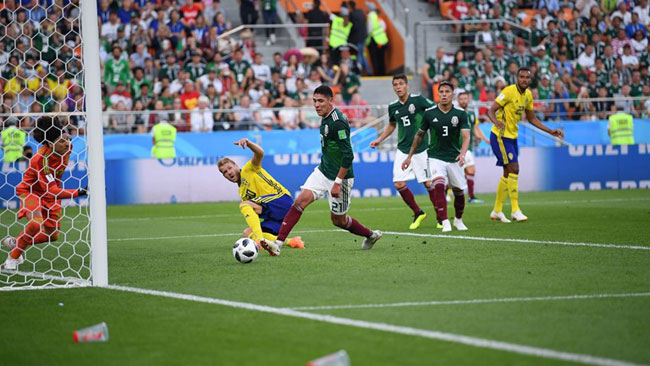 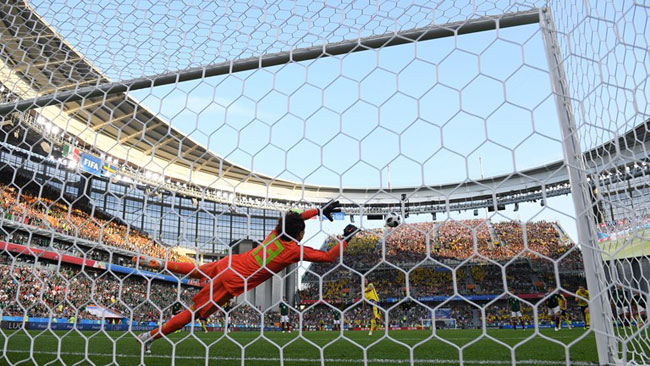